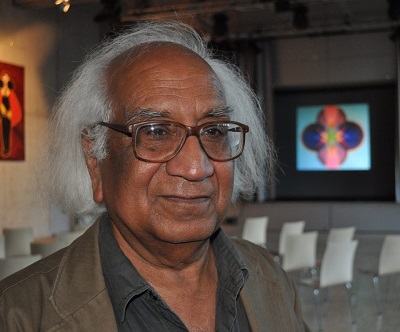 Short summary about you

I was born in 1935 in Sindh (at that time British India and now Pakistan). After the partition of India in 1947 we lost our homes and migrated to Delhi. Lived under poor conditions in refugee camps. No schooling, different language and sickness. We were 8 members in the family living together in 12 square meter room without electricity and water, sleeping nights on the street. My father earned very little, not enough to support the family. I had to study myself without school and at the age of 16 being the eldest son started working in offices to earn little money to help our family of 8 to survive. In the evenings after my work in offices, I used to study . First Bachelor of Arts in Political Science and then I joined evening classes to study painting at Delhi Polytechnic which was my real dream as a child. In 1962 I completed my studies and started showing my artworks in exhibitions. In 1966 I was awarded DAAD (German Academic Exchange Service) scholarship to study further at the Akademie der Bildende Künste in Munich. Since then I am living in Munich and Bavarian surroundings. 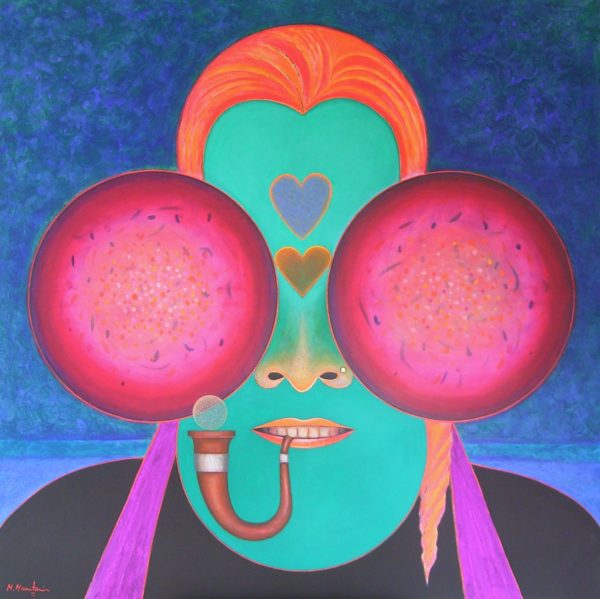 What is your art about and how is your indian culture influencing your work?

In Munich after my Kandinsky´s study it became clear to me to search spirituality in art which was very strong in me to follow as my path. In the sixties in Germany I was surrounded by artists following „Constructivism“ , I started with geometric construction of four circles combined with my Indian background of Mandala form of Tantra Art. In 1970 my conception of CENTROVISION emerged in which it became like an inner necessity to work deeper and deeper. In 1985 faces started appearing in this Mandala form. In 1990-95 I made several Mandala masks not in classical form – in reality they were paintings on wood and I cut out the outer curves, put 2 holes for the eyes and I could wear it as a mask. I started dancing in my studio wearing those masks. With the help of self-timer cameras I took fotos and video shots. Later on I over-painted foto sheets with acrylic colours, thus creating new works of art – I called them „Transmuted fotos“. This further pushed me to compose figurative works on canvas – I called them „Mandala Conscious Beings“. 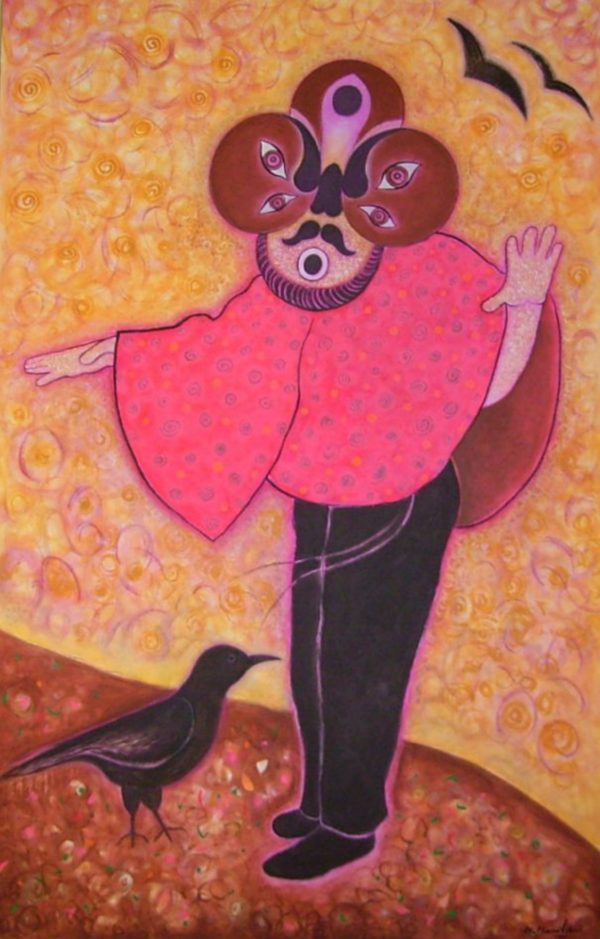 How did you come to art, and which techniques do you use?

As I mentioned, my major works are paintings mostly acrylic colours on canvas , wood and photographs – involving several disciplines of dance, music, photography, videography – it is a bunch of multi-media experiments. In the seventies I did several editions of serigraphy in Germany and I was even awarded for my serigraph „CENTROVISION 160“ at the 10th International Biennale of Prints in Tokyo 1976. In the 90s I did some installations.

Has anything changed about your working processes during your artistic career?

Normally artists start with figurative to abstract art but in my case I started with abstract geometric and reached figurative symbolic – unusual process! I had over 40 one-man-shows and participated in several national and International exhibitions through out the world. 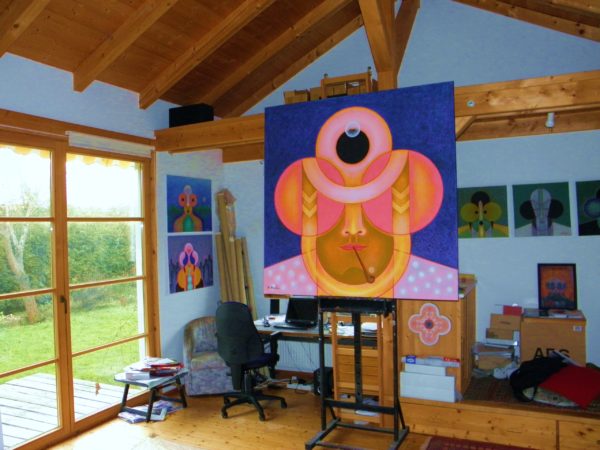 Mr. Mamtani, if you would live in a painting, which one would it be?

I have gone through several stages in my life. In the 60s I was inspired by TANTRA ART and in the 70s by Kandinsky. Then came accross several constructivist/concrete artists in Germany among them Rupprecht Geiger in Munich. For the last 25 years I am going alone on my own path living in my own works only . At present I hardly find any specific frequency where I could fit in. Upto now my wife was a great source of inspiration to me which has diminished recently, when she passed away on 8th of August! I am living more in a quantum-field than in a painting. I have become the observer of my own creativity/reality. 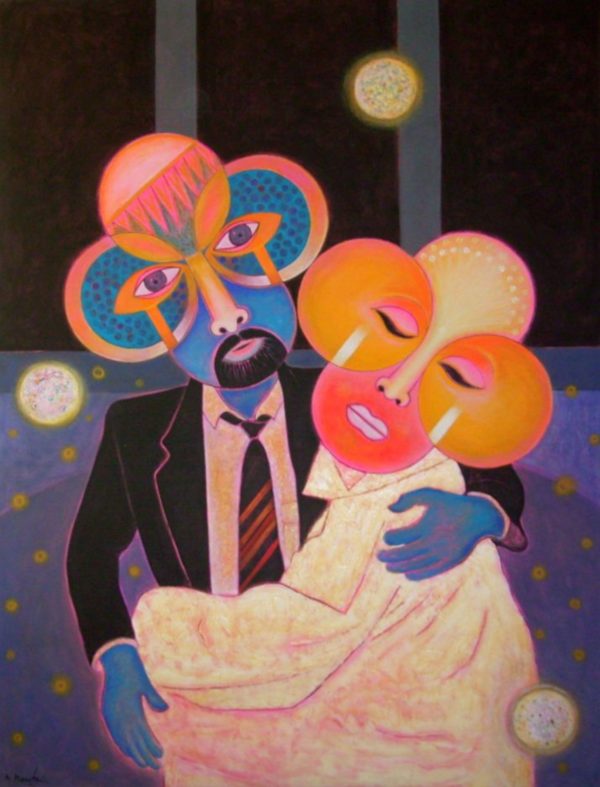 The Cubism Movement and the Paintings That Defined the Genre 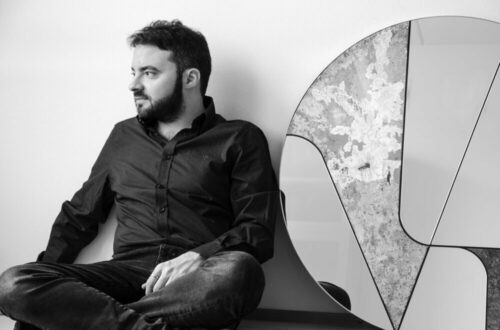 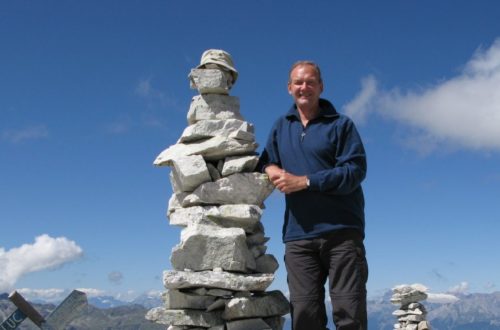 Interview with the photographer Paul Bulteel 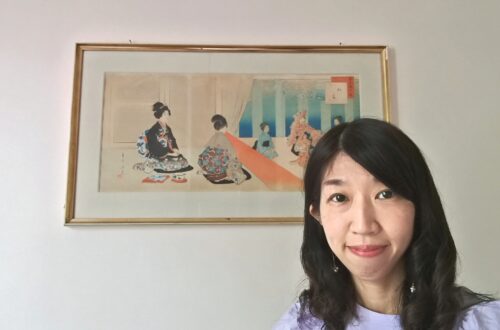