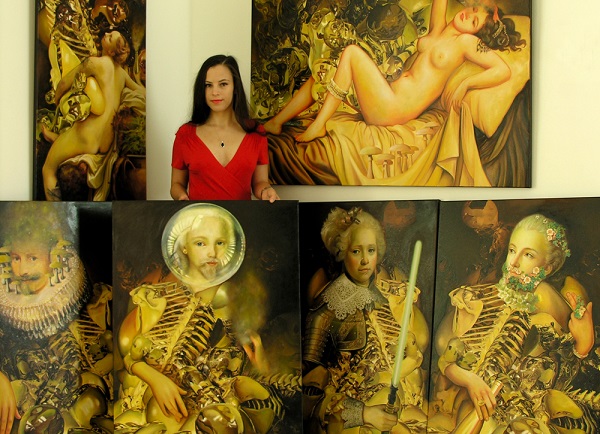 You in a nutshell (nationality, medium of work …)?

I was born 1987 in Budapest Hungary. I live and work in Budapest and Vienna. My time is divided between the two cities. I had my first exhibition at an early age, I was only 16. I spent 12 years studying at three different universities and finished successfully two of my studies. I did not only study painting but I explored digital art, architecture and design as well. All these different fields influence my artistic approach. 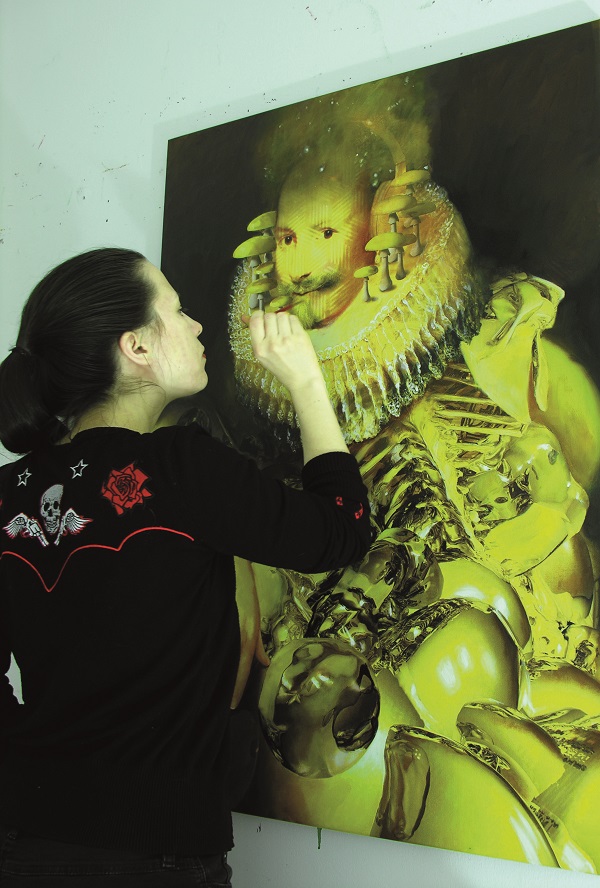 Over the last 15 years I’ve spent painting I pursued so many interests it took 12 pages to describe all my topics briefly in my catalogue that was published recently. The catalogue was meant to celebrate my thirtieth birthday and to review, on this festive occasion, fifteen years of work I have accomplished. I like to experiment and these experiments lead to innovations not only what the choices of topic concerns but my technical skills are developing as well. In this regard my recent series “Hedonati” is a good example.
Since 2014, I have been working on a new series that combines digital print with oil painting. This is a mixed technique. The working process comprises different steps, including 3D modeling, photo manipulation, collage, and oil paint. Hedonism, the pursuit of pleasure and sensual self-indulgence, is illustrated on these canvasses. Human beings seeking amusement and gratification appear in special kinds of situations that allow feminist tendencies to be traced.
The concept and main idea of this work cycle are related to the beginnings of Google Art Projects. Thanks to Google Art Projects, the whole collection of several major museums and prominent galleries can be found in high resolution on the Internet. At first, I only studied and analyzed these pictures in order to learn the technical tricks of old masters.
At this time, I was already a graphic design student at the Academy of Applied Arts in Vienna. It is due to the fact that, even after four years as architecture student at the Technical University, I felt that I had neither achieved anything appreciable, nor grasped the essence of the profession. It felt a bit like learning to ride a bicycle theoretically; I believe that practical studies would have been easier. I received good marks in design; however, because of the foreign language, physics, statics and other highly theoretical subjects were simply too difficult for me. Ultimately, I lost my patience while studying long legal texts, which required linguistic subtleties. My studies in architecture remained unfinished and I applied for graphic design studies at the Academy of Applied Arts in Vienna. I hoped to find there the same free atmosphere that characterized the Academy of Fine Arts.
We were working on poster designs for the annual fashion design class exhibition. The concept was to be based upon the keyword alchemy. I was experimenting. I was using the 3DsMax software to create golden liquids and a golden skeleton. I wanted to add these elements to my poster. During work I stumbled upon the idea that I could use the paintings I had found on the Internet — due to Google Art Projects — to create collages in which I mix classic paintings with prints of my newly created golden models. This is how the first eclectic piece of the series was born. It initiated an explosion-like surge of my creative energies.
I started to wonder how to give a Velazquez painting a contemporary touch. I had several ideas. For example, in one of the paintings it was eventually realized by using the simple gag of adding a laser sword to the hands of the figure. Humor was meant to be the essence of this series. I am snatching these classic paintings out of their conservative, stiff, and rigid world in order to place them into a more cheerful, contemporary context. I am kindling a spark on the canvas not only by my use of color, but also figuratively by letting figures and elements characteristic of different eras clash with each other. Frills and ruffs of starched lace, velvet, and silk are contrasted with golden skeletons shining through the bodies. It creates a thrilling tension. The emphasis is on hedonism and lavish lifestyles. My aim was to bring some humor into these classic paintings and to modify them in such a way that they no longer seem outdated or stiff. 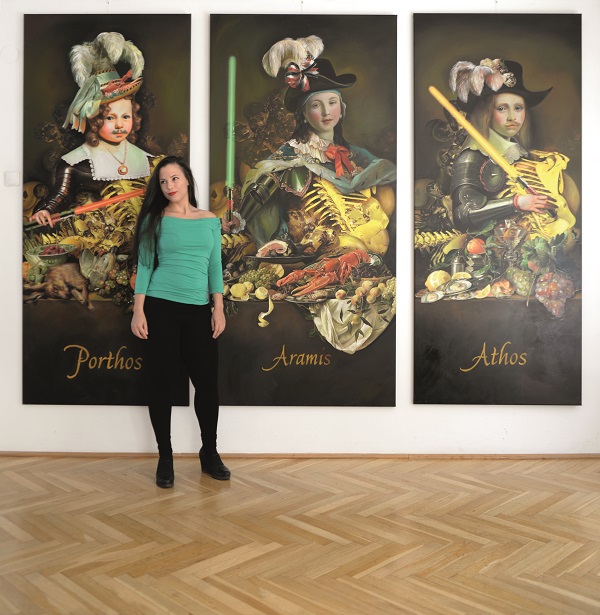 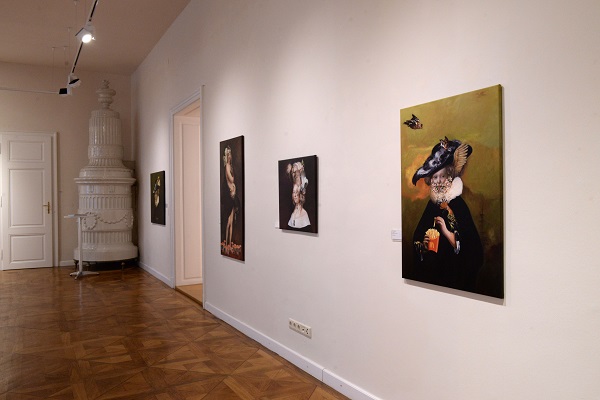 An artist or an artwork which particularly inspires you?

Earlier in my career I found certain artists and artworks inspiring which might have had an effect on my development. However I believe the influence of other artists has never been significant. Over the last few years I recognized having a strong interest in artworks that are completely different from my own ones.
I appreciate artists who explore the possibilities of technical and technological innovation.
Development is part of our lives, and it is the duty of artists to integrate new discoveries into the working process and to experiment with recent inventions.
I am a big fan of light art. Light, the immaterial artistic medium, puts me under a spell. The Targetti Light Art Award exhibition and the light art exhibition I saw in the Zentrum für Kunst und Medien in Karlsruhe are still deeply stored in my memory. Artists working with materials like metal, mirror and glass also fascinate me.
These are still a couple of genres with which I would like to experiment, but everything has its financial implications as well. In the world of art, creating even a single piece can be extremely costly. For instance, I once created a cybernetic sculpture for the Hungarikon collection, integrating Nicolas Schöffer’s sandglass into an engine-powered kinetic sculpture. The rotation of the elements creates a Moiré effect resembling the mathematical infinity symbol. The costs of the realization were considerable.
On the other hand, although electronic and high-tech art are very attractive, I have some reservations because of long-term changes in their apperception and because of the generally shorter lifespan of such works. I have thoroughly studied the oeuvre of the pioneers of kinetic and cybernetic art. Most of their sculptures, which were created in the 60’s, were at that time incorporating the newest ideas and the most recent stages of technical and scientific development. Nevertheless, compared with today’s standards they appear somewhat outdated and technologically obsolete. I would find it frustrating if my work, which, at the time of its creation, deserved the adjective cutting-edge, would seem to be a freakishly old-fashioned contraption after only a couple of years. 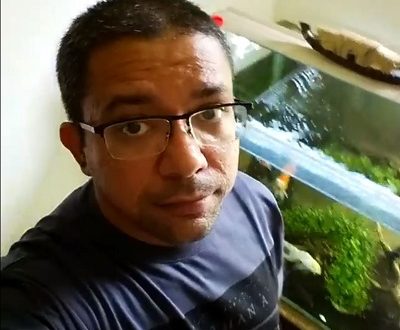 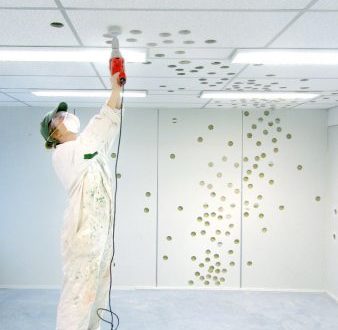 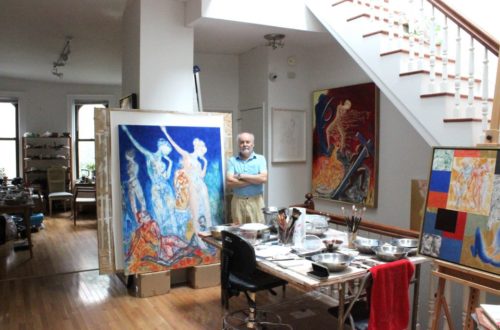 A Day With Michael Price