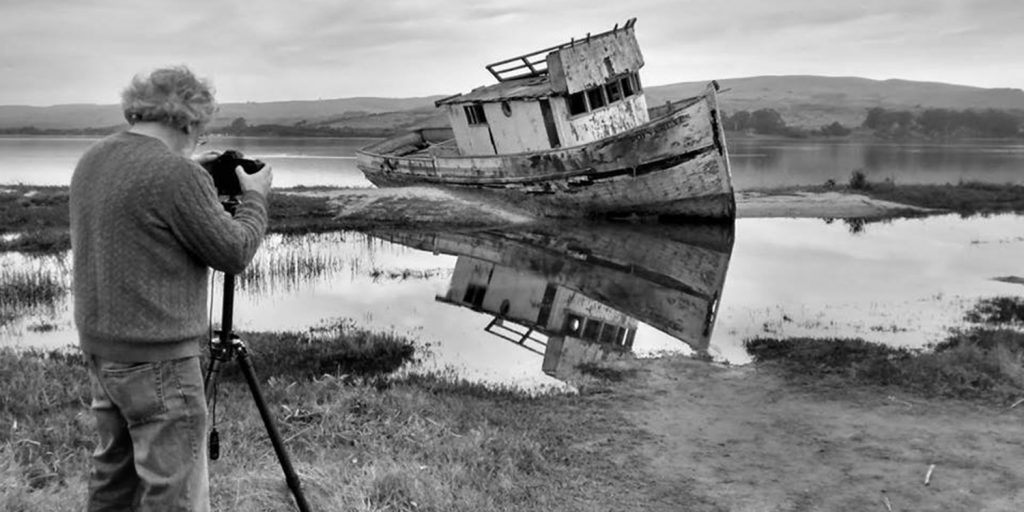 Can you tell us a bit about you?

I lived for many years in the southernmost county of New Jersey, a largely rural, flat, coastal area that is almost 60% water and home to the City of Cape May, the country’s oldest seaside resort. I have always been drawn to the peculiar seasonal pulse of the coast, which varies daily as the summer crowds desert the beaches at twilight and seasonally as winter encroaches. I came to see the shoreline as a vast fragile stage punctuated by traces of human activity: theordered pilings, decaying buildings and piers, dune fences, structural debris. and kitsch of a resort town. This fascination still informs my photography. 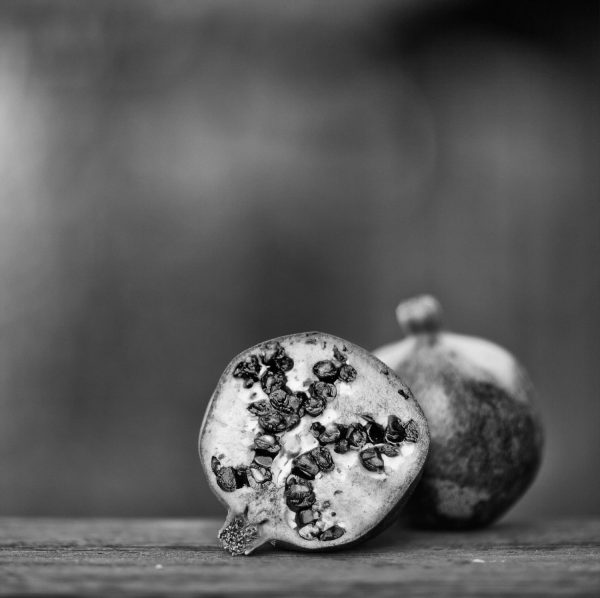 You worked as a radiologist before becoming photographer – how does this influence your artistic approach and work?

I was well into a career as a pediatric radiologist when a peculiar realization dawned. In the mid 1990’s, my primary work was creating and delivering lectures using diagnostic images of the human body archived at the Department of Radiologic Pathology of the Armed Forces Institute of Pathology in Washington, D.C. My desk was awash in photographs of radiographs, CT scans, ultrasound examinations, MR images, and the correlative gross and microscopic specimens of the diseases they depicted. My task was to organize the teaching material into coherent lectures for an intensive 6 week course in radiologic pathologic correlation attended by radiology residents throughout the country. I came to recognize that I was as intrigued aesthetically by the images and the story they told as I was the underlying science of medicine. I picked up a camera in 2006 and began to explore the world beyond the darkened radiology reading room and lecture halls.
On some level, all diagnostic imagers are “photographers” of the human interior. From a purely technical standpoint in this digital era, the disciplines of still photography and radiology share a common DNA. Since leaving medicine, however, I now confine my attention towards visual material that makes my heart ache, if only a bit. I would have been emotionally paralyzed and ineffective as a physician if I had responded similarly to images depicting human pathology. 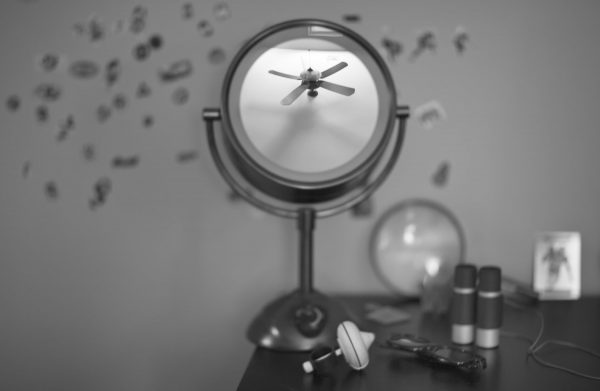 Are there motifs that you find difficult or challenging to capture with photography?

What I find daunting is less the subject matter per se (in theory, at least, virtually any technical challenge can be overcome), but rather the avoidance of cliche, false sentimentality, and contrivance. It’s all about the compositional choices one makes. I find this quote by Sam Abell particularly resonant: “As a photographer my intent is to bring the world under my aesthetic control. In its visual chaos the world doesn’t ordinarily comply with this.”.

Looking back at your earlier works, what do you think about them today?

I’m a harsh critic of my earliest work. I was briefly enamored with the high dynamic range (HDR) technique; the results now make me wince. It brings to mind another quote, this one from the artist Jun’ichirō Tanizaki: “Were it not for shadows, there would be no beauty.”.
I am no Luddite. I respect the computer as a powerful photo editing tool and employ it in black and white conversion, but the almost infinite potential for manipulation can be seductive. I strive for restraint. Ultimately, what matters most is fidelity to the basic elements of composition, light, and the photographer’s emotional response to the subject matter.

You use a very specific technique and traditional Japanese materials to print your work: how did you discover it and how can we imagine the working process?

After much experimentation I discovered Bizan, a traditional Japanese Washi. The material combines the old and new, in that it is individually handmade at the Awagami mill in Tokushima but has been coated to accommodate modern professional inkjet printers. The heavy (300 gsm) paper has naturally deckled edges and a unique surface texture and tonal variegation, each as unique to me as fingerprints or snowflake crystals. In this digital age of print-making, these physical qualities allow me to offer unique limited edition work. It is extremely expensive paper, and errors can prove costly. However, when all goes well the toned monochrome images remind me of the platinum-palladium prints I occasionally make in the darkroom. 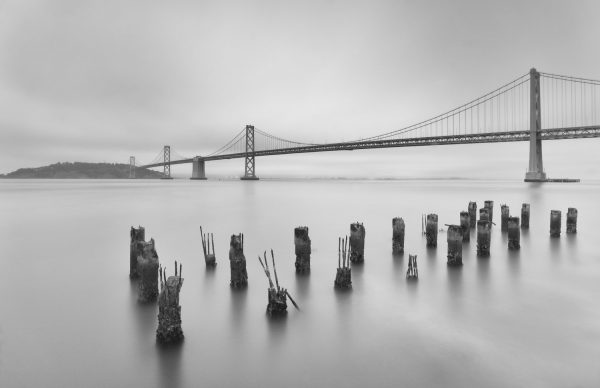 What have been the highlights of your artistic career?

I was touched when old friends, some of whom I had not seen in several years, attended my first solo exhibition,Melancholigraphs (http://www.gershmany.org/geoffrey-agrons/), the first in a series of exhibitions at the Gershman Y featuring members of the Philadelphia Photo Arts Center.

Can you tell us something more about your series “Call and Response: Landscape: Interventions in Blake Garden”?

Not long after relocating to the San Francisco Bay Area I discovered Blake Garden, a landscape laboratory and public garden teaching facility in Kensington, California. As a photographer, I had grown deeply interested in the episodic shifting of light and mood produced by the dense coastal fog peculiar to the region, and began to explore the shrouded garden paths through medium format and infrared cameras. My walks led to unplanned encounters with enigmatic installations that invited contemplation, but did not immediately speak to a coherent narrative or purpose. I would later learn that these “interventions” were part of Revealing the Landscape, a project of students in the Department of Landscape Architecture and Environmental Planning of the University of California, Berkeley.

The student’s work, which seemed to echo the paradoxical language of dreams, appealed to my fascination with incongruous intersections of nature and human activity. The fog added poignancy to their delicacy and transience. On my return to Blake Garden after several weeks, I found the installations had been removed without a trace. 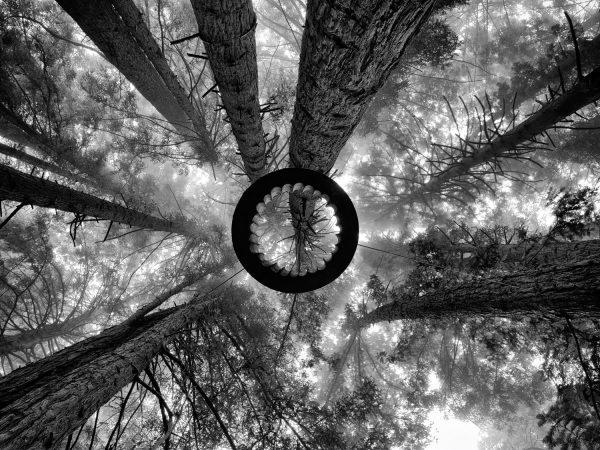 What are you currently working on?

I continue to add material toMilieu Intérieur: Diary of a Recluse,a project that began in 2011. 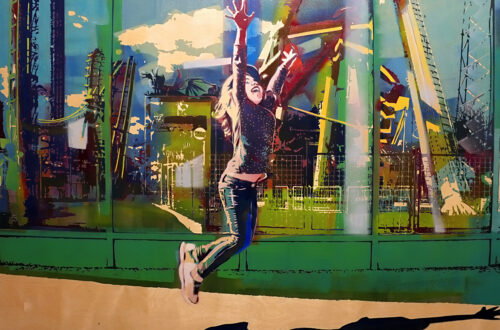 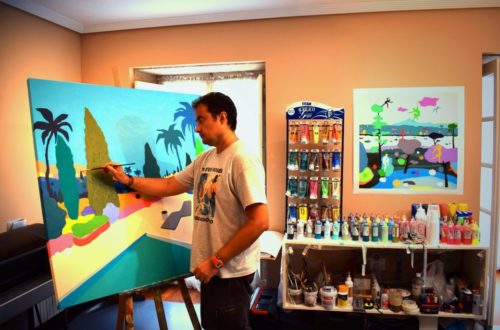 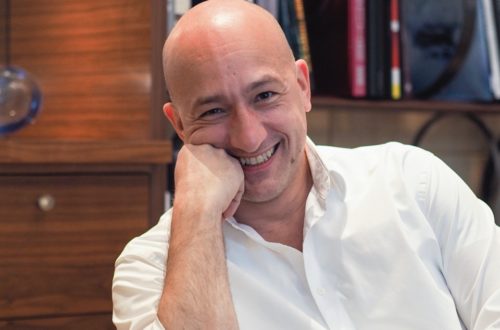 Interview with Albrecht Behmel: "My background as a writer gives me a special perspective on how to tell a story."