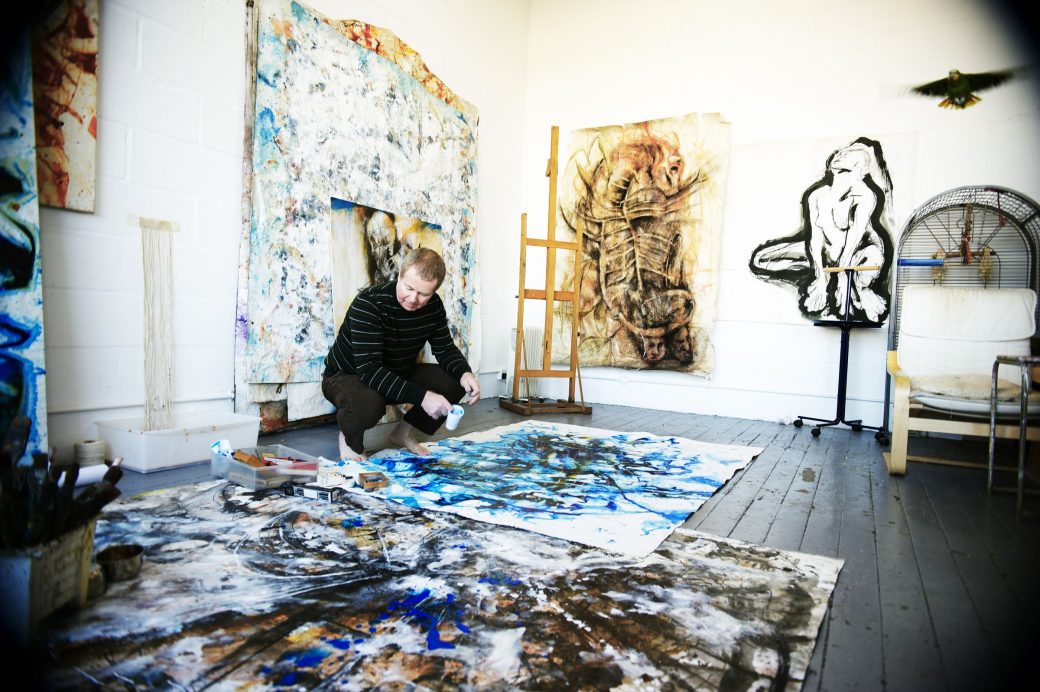 He was initially a writer, but left academic life to become a full-time artist, gaining an MA in Fine Art from Central St Martins in 2006, and has exhibited extensively, both in London and internationally.

He has received an Arts Council England Award to support him in the development of his creative work, and is a Fellow of the Royal Society of Arts.

Before you became an artist you were writing – how does this influence you as an artist and your artistic work?

I corresponded for years with the writer William Empson, (Empson wrote the introduction to my first book). Empson’s Seven Types of Ambiguity changed the course of 20th century literature with its basic thesis that the more interpretations of a novel or poem that are possible, the more powerful that work will be, and I now realise that I’ve transferred these principles into my art.
A second important connection, although this has only happened comparatively recently, is relating the visual work to a broken narrative that comes out of the writing. The visual work stands independently on it’s own and is in no sense illustration, but setting it within a wider narrative context opens up further dimensions that can be explored, for example with the graphic novel I’m currently working on… 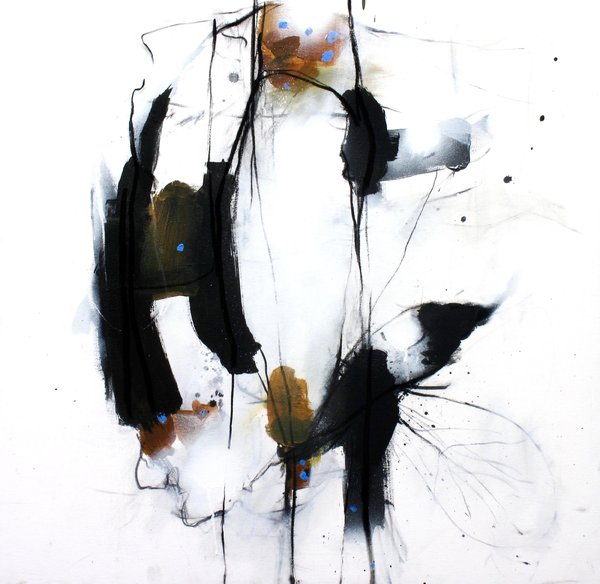 You enjoy combining different art forms – which styles and techniques did you try so far and are there techniques you would like to explore in the future? Which art form challenges you the most?

I love to combine traditional and experimental art forms in new ways. This ranges from large multimedia canvases that exist in their own visual terms, opening different planes and possibilities, to smaller drawings, paintings and sketchbooks, some in the form of a graphic novel and soundscape. It’s the possibilities of interacting these forms, particularly the graphic novel and the larger collages which are engaging me at the moment. I think the interaction of visual dynamics, words and text is the most challenging, as different though processes are involved within the same context.

I was very classically trained, both because of my home background (my father was an established portrait painter) and an extensive very traditional art training. I don’t regret this because it has given me the means to visually articulate my ideas in ways that would not have been possible if I had not been subject to the lengthy and vigorous discipline involved. In fact I still do a lot of work and sketching from the nude because it gives me a vocabulary of shapes and tones I would not otherwise have. Alongside this I always work in a highly expressive and intuitive way, which has been enabled by my not needing to think about technique and my work has moved from being structured and hieratic to something much more open. 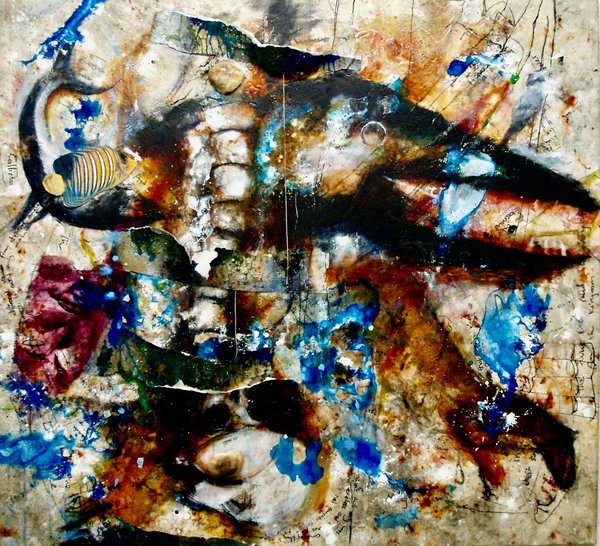 Could you tell us a bit more about the background and the process behind your series “The Mathematics of Stairways”?

The series was originally designed for the stairway in a leading hotel but was never actually implemented. The drawings explored the possibilities opened by crossing forms of knowledge within the framework the stairway. Imagine a magic staircase that goes on forever, each step reduced by half as you shrink to half your size. The steps form an image of infinity – a Geometric Progression: a; aR; aRsq; . . .(R<1), a structure where a wonderland of past and future worlds can open out from the flights of stairs – from a journey through a labyrinth to a voyage on a ship to anywhere. The original sepia drawings were executed on A3 Bristol board, and are now available as limited edition prints.

What have been the highlights of your artistic career so far?

I think these must include my solo exhibition Balkan Earth for the British Council to celebrate their 50 years in Greece. Also the financial support I received from Arts Council England, which helped me complete my last book, Jason Smith’s Nocturnal Opera, working in conjunction with a solo at the SW1 Gallery. The Royal Academy Summer Exhibition in London. And most recently a major London solo at Art Bermondsey Project Space, sponsored by Olympus, which is acting as a springboard for the development of my current ideas.

I’m currently very involved in developing the interaction of the graphic novel with other art forms that I mentioned earlier, possibly in conjunction with soundscapes, music, digital printing and collage. In fact I’ve just received particular impetus in developing this material with an invitation to present a second solo at Art Bermondsey Project Space in November, which I’m particularly pleased about. 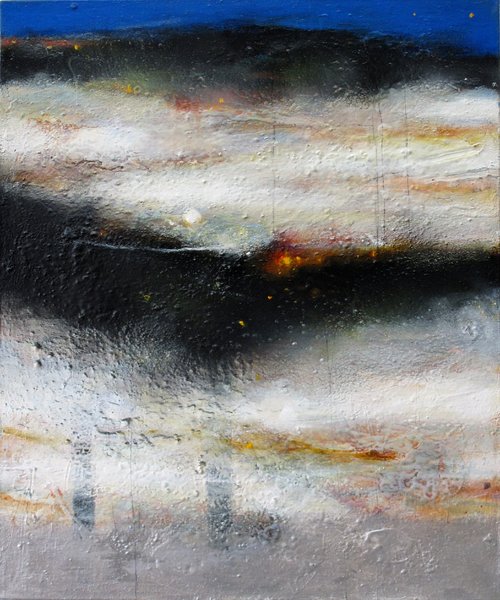 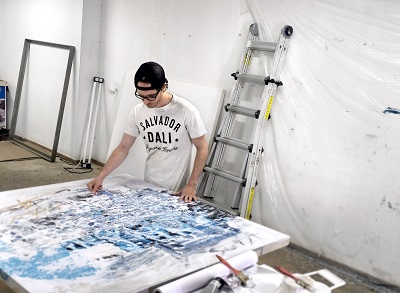 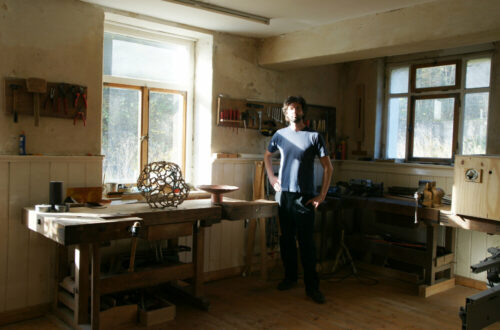 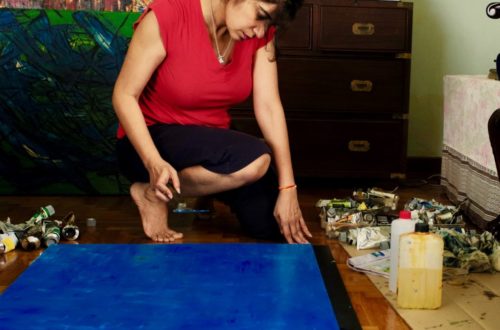