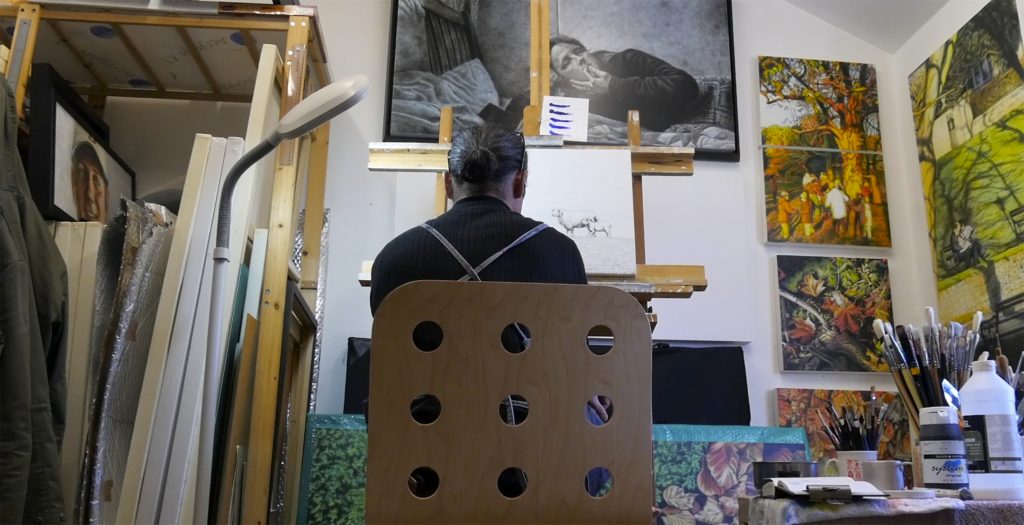 How did you come to art ?

I was born fatherless and my mother was disabled. No sooner had I been born, I was placed in an orphanage. As far as I remember, before I was given pencils and papers, I enjoyed drawing on the ground with twigs and pebbles all the time. It was before I turned 4 years old. Soon after enrolling in the primary school, my notebooks, textbooks, even my classroom desk were all covered with my doodles and cartoons! However, the most important thing I can recall was the constant encouragement and support from one of the staff at the orphanage, who was passionate about art. She took me to the major exhibitions such as Gogh, Millet, etc., and shared many illustrated art books through which I learned a great deal. Without her in my childhood, I doubt that I could choose to be an artist.

You explore the relationship between art and humanity – how do you do this ?

I believe that art is the essential part of humanity, and human creativity is rooted in the human spirituality. At the end of the 20th century, some earliest cave paintings were found in southern France, and scientists determined they were created 30000 – 35000 years ago. However, more recent archaeological discovery (2012) showed the oldest cave art found in northwest Spain is estimated at least 40,000 years old, and likely to be even older. The researchers said it could be created by the Neanderthals, not early modern humans.

Whatever happened, the fact remains that human created drawing/painting far earlier than the invention of writing. It is generally agreed that cuneiform in Sumer, the ancient civilization in Mesopotamia, is the earliest writing, which dated back to 3000 BC. So, there is the great gap of at least 30000 years between the creating of drawing/painting and the invention of writing. Interestingly, a Japanese neuroscientist Makoto Iwata proposed that the definition of human should be “Homo pictor (painting man)” rather than any other definitions such as “Homo sapiens (wise man)”, “Homo faber (working man)”, “Homo ludens (playing man)” and so on. I’m just intrigued how and why such a core communication tool shifted from drawing/painting to writing.

It was around 2002 when I looked into the link between drawing/painting and writing alongside exploring something new in terms of technique. I happened to find a book about art from the neurological point of view entitled “Inner Vision” written by Dr Semir Zeki, a professor of Neurobiology at that time and now Neuroaesthetics at the University College London. Dr Zeki dedicated one whole chapter for the importance of line in his book, and stressed that the human visual brain perceives objects predominantly by oriented lines. Dr Zeki delves into “art and creativity” unique to humanity with immense neurological data, and hence he has set a precedent for Neuroaesthetics. However, what I’ve found myself intrigued most was this cognitive process of our visual brain that perceives objects predominantly by oriented lines. It drew me to create a new method of brush hatching technique using Japanese sumi ink and acrylic. The body of work, hence consists of “oriented lines”. This is also inspired by the concept of disegno, the aesthetic approach based on drawing established at the Florentine school in the early Renaissance period. The use of Japanese sumi ink, which was propagated from ancient China, and which Japanese people adopted as the unique style of ink painting called “Sumi-e” (Hasegawa Tohaku is reckoned to be the best of all), is the key element of my practice, which aims to bridge East and West by sampling the rich cultural, artistic and ideological heritage of both.

Now we humans are facing the most radical change we have never experienced; the dawn of AI (Artificial Intelligence) era. At that time we will certainly encounter the identity crisis. What is human after all? Art sprung up from within the core of the human entity, namely human spirituality is the key, I believe. I am in quest of my answer to it with my art practice.

Can you tell us a bit more about your series “Life-scape” ?

I grew up in the countryside in Japan. We often enjoyed climbing a mountain nearby, playing in a river, and running about in a wood. After many years living in the big cities such as Tokyo, London, etc., I realized how precious the life in my childhood embracing the natural surroundings was. Then I started to wonder when we humans lost the harmonious lifestyle with nature. I really wonder if it was the case that human created civilizations because nature was, and still is, too harsh and severe for humans to inhabit since we are probably the most vulnerable creature in the natural world? We are born prematurely without having any means to protect ourselves, no horns, no claws, no fangs, no fur…

However, we all have a longing for nature, I believe. Then I wonder if there is a place where no human has ever set foot in? From the pinnacle of the highest mountain to the deepest point of the ocean, all places on Earth have most likely been explored and discovered. I wonder how the natural environment has shifted by human intervention. Particularly in the period of ecological crisis, it inevitably makes me think of the relationship between human and landscape. Bearing these in mind, I’ve explored to create visual narratives through gathering the threads of stories of something precious, lovable, truthful, and hopeful, which we might have lost in the so-called post-postmodern, i.e. post-millennial world. We humans are no longer able to go back to the period before the modernism swept the world, when our lifestyle seemed far harmonious with the natural environment. We can hardly comprehend what it was like; no cars, no trains, no airplanes, no TVs, no computers, and no smartphones! However, there is a core experience we humans are sharing. I try to make a story with those fragments of core memory of human experience handed down from ancient days through my personal perspective. This is my aim in life-scape. 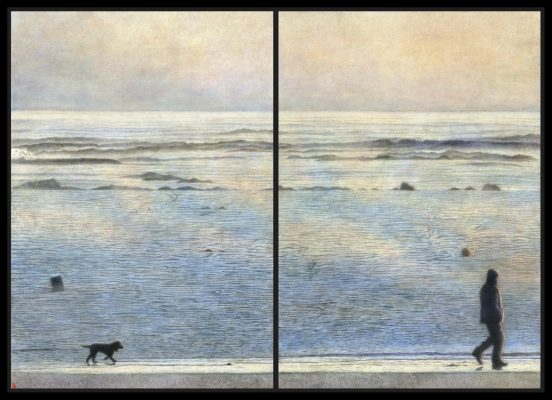 How would you describe the recent artistic scene in Japan ?

I’m intrigued by the current oriental boom in contemporary art scene, and glad to see a number of Japanese artists, such as Takashi Murakami, Yayoi Kusama, Yoko Ono, etc., playing an active part in the contemporary art world. However, the Japanese subculture also can’t be underestimated. So-called “Japanimation” is the foremost subculture. Well, it is no longer the subculture, but the mainstream of the leading Japanese culture well-established in the global art and culture industries. Totoro, Nausicaä, Spirited Away by Studio Gibli, Ghost in the Shell by Production I.G, and Your Name by Makoto Shinkai, to name a few.

However, the art world in Japan is cliquish in general. It is said that the Japanese art world is established on the rock-solid hierarchical foundation. It is well-known that Takashi Murakami organized the art event ”GEISAI” for creating a new channel to support young artists in opposition to the establishment. Perhaps his initiative proved effective, it seems more channels have come to be available for many talented artists today. What excites me most is the realization of the grand art plans such as the Benesse Art Site Naoshima, three small islands in the Seto Inland Sea converted into the world-class contemporary art sanctuary. It should be also noted that the current government is deeply committed to the promotion of art and culture alongside science and technology under the slogan of “Cool Japan” after the Tony Blair’s “Cool Britannia”.
As for me, I much prefer Japanese traditional art such as Fusuma-e (painting on sliding-door pannels) to the contemporary Japanese art. It was 2017 when the retrospective exhibition of Katsushika Hokusai, the Ukiyo-e master in late Edo period was held at the British Museum, which achieved an immense success. I missed the chance to visit the exhibition, however, I always admire entirely his minimal and edgy style since my childhood. It is still fresh and gives me full of inspiration. 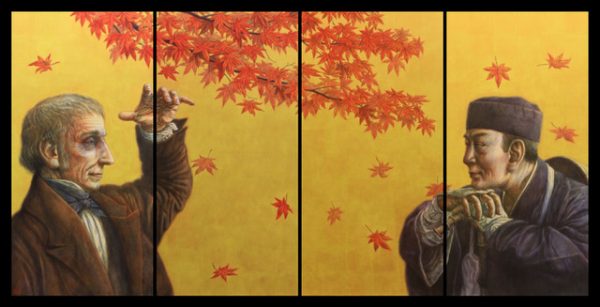 Which artists influence you and your work ?

Has your approach and process changed throughout your artistic career ?

When I was young, I was an anti-academic rebellious artist based in Tokyo. My style was completely different, much darker and psychological by exposing the dark side of human mentality. After my solo show at Aoyama in Tokyo, I flew to London to join the creative group. However, I had a kind of spiritual crisis, and I decided to give up my artistic career. After more than a decade of my spiritual journey, I returned to what I believed. It was the immense tranquility through observation of natural surroundings that I discovered in my spiritual journey. It was a period I was pondering over humanity deeply. Where did we come from? Where are we going? I humbled myself to learn from the rich artistic heritage of the East and West as well as other academic fields, wondering what I could contribute as an artist if at all. I’m still learning.

I’ve been exploring for years how to combine the ideas about humanity and artistic expressions. After many trials and errors, I finally achieved to create a new brush hatching technique for realizing the multifaceted concepts to delve into the mystery and uniqueness of humanity. Past 12 years I’ve been committed to developing this technique on a variety of themes, and I’m on the way to further sophistication and refinement of my art practice technically and conceptually. 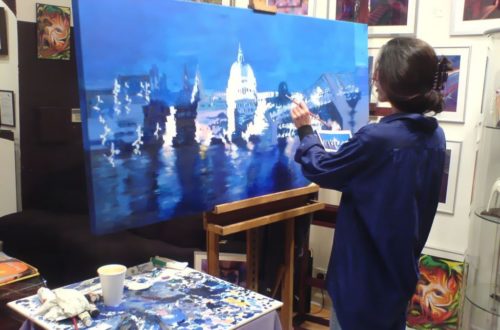 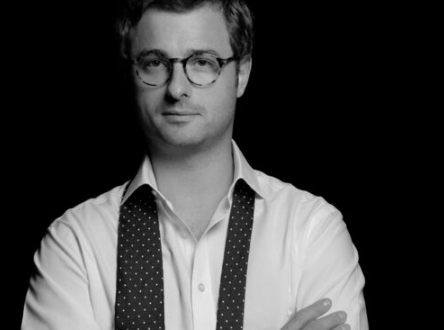 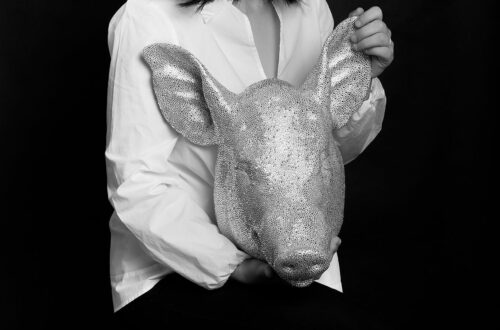