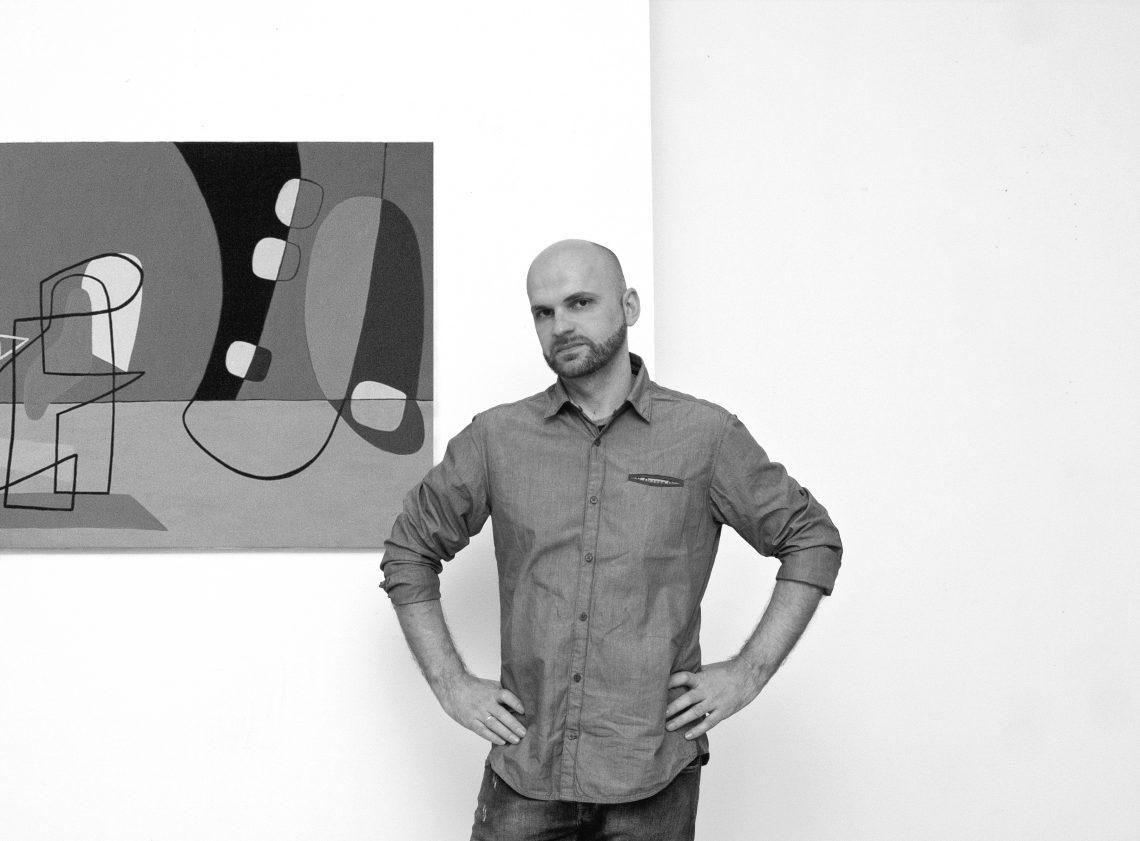 One of SINGULART’s most popular artists is Croatian born Bernard Simunovic. Now living in Germany, Simunovic’s paintings, influenced by his background in design, have gained acclaim thanks to their visually striking yet self-contained style. Across his oeuvres, his forms stand clear and simple as individual elements, but interweave with each other to achieve a more complex overall aesthetic.

We talked to Bernard to discover how his background and feelings towards the idea of ‘home’ have informed his unique style.

How does your hometown inform your art?

It was not easy to grow up in a communist country which, before the war, was known as Jugoslavia. People were restricted in their human rights, personal perspectives and freedom. Nevertheless, I discovered the talent that God gave to me, art, in my early childhood.
And without it, I wouldn’t be standing here today. With this wonderful gift I also had a mission, to make His wonderful work visible and to let the others participate in it. But ahead, there was still a long and winding road to success.

What led you away from Croatia? Was it a turning point in your life?

At the age of 16, I was one of the youngest students studying at The Academy of Fine Arts in Sarajevo. It was during this time as a student when I was forced to leave my hometown overnight.
My eldest brother was one of the first Croatian people killed inside the country. Shortly thereafter, the Balkan war began.

Despite this great familial loss, I was determined to continue my studies. This was the most significant turning point in my young life. Since study and normal life had quickly become impossible in my home country, I left the country, still a minor, and went to Germany.

With few possessions, and without any language skills, I had to leave my family.

The shock was obviously great, as I arrived at an abandoned station in Germany. Standing alone, I did not know where to go. But the story is too long to be told here.

What’s your favorite thing about Croatia or Croatian art and culture?

I especially like the beautiful nature, the outstanding landscapes that include many lakes and mountains like Plitvicer Falls National Park in central Croatia. Worth seeing, and of course including a wonderful commute, are the beautiful islands and picturesque sea villages on the west coast of the country. The islands of Hvar, Krk, and ancient cities like Zadar, Split or Dubrovnik with their typical Mediterranean flair are a must.
As for artists, the most famous are Croatian artists of naive painting, but we have also amazing music known as Klapa, our traditional
a cappella music.

Do you have any particularly artistic memories or moments of inspiration from your travels or from your early life in Croatia before or during the war?

There were many inspiring moments before and after the war. During the war, definitely none, because, as I said, I was completely alone.
When I was young and still living in my hometown, word had spread that I could draw well. So people came to me and wanted me to paint murals on their walls. Some of them were cafe and restaurant owners and others were fellow students and friends who wanted a quick portrait or sketch done.

Where do you call ‘home’ now? How do you define ‘home’?
There is one home that is deeply connected to: my roots. You can’t get rid of this. That’s where I come from, that’s my origin.

Besides this, there is one adopted home that I’ve chosen, and where I live now, where my own family is, where I feel at home.

How has life in Germany influenced your artistic expression?

Germany has had a significant influence on me and my work because I am surrounded by the specific cultural and linguistic conditions that are reflected in my work and through my work.

Any must-visit art addresses you can recommend in either Germany, Croatia or both?

There are countless places to be recommended. Berlin, Düsseldorf, Cologne, for example all have a vivid art scene.
In Croatia the principal cities of Zagreb, Zadar, Split and Dubrovnik offer much in the way of art and culture. However, old, small towns at the harbor are less recognized and have a great artistic life.

Thank you, Bernard. Too see more of his amazing work, visit his Singulart profile!

A Day With: Rie Kono 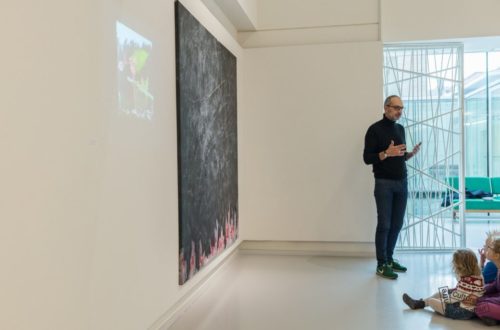