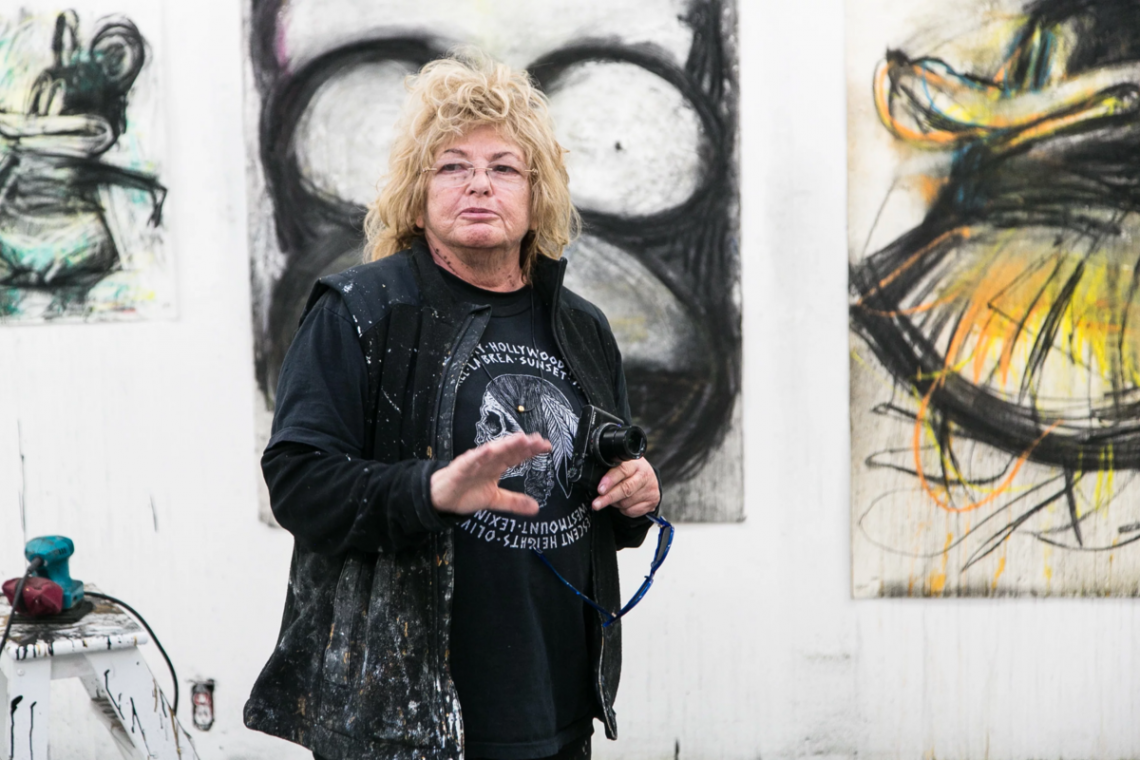 On Thursday, June 13th, the art world lost a pillar of expressionist pop art. Since the mid-70s, Joy Pensato was re-imagining cartoon characters in her pop-y, acerbic, energetic, and sometimes sinister paintings. Her work combined influences from the likes of Kooning, Franz Kline, and Philip Guston. While she described her paintings as operating within the field of expressionism, it would also be appropriate to characterize her repeated depictions of characters like Mickey Mouse and Homer Simpson as studies in the art of the still life.

A true New Yorker, Pensato was born and raised in Brooklyn and attended the New York Studio School. Here, she met her lifelong friend, post-conceptual artist Christopher Wool and her mentor, the prolific Joan Mitchell. A 1995 review of her work stated that the artist saw “the cartoon as a distortion of the human figure”, and her paintings as an effort to “distort the distortion only to mutilate it as well”. Decidedly, her paintings are anything but subtle; her larger than life faces, whether an exuberant Disney character or the bushy eyed visage of Groucho Marx, stare down at you, almost menacingly from the gallery wall.

Pensato’s work played with the processes of emblamatization and icon-making in a time when modern capitalism was blossoming in suit with the US GDP, which was growing like never before. It was also the heyday of American punk, a movement both fans and critics situated Pensato within well into middle age. Her work and its disillusioned gaze toward American pop culture have and will remain enduring.

Little is known about Pensato’s personal life or the cause of her death. At 77, the artist was still creating actively. Her most recent exhibition took place in April at NANZUKA in Tokyo, Japan where she revealed five new works. A representative from her gallery, Petzel, said in a statement announcing her passing that in the last months of her life “Joyce kept being Joyce, full of energy, humor, and drive to create art. Nothing could stop her, she has been a true inspiration for everyone who was touched by her”.

A Day With: Emma Cownie 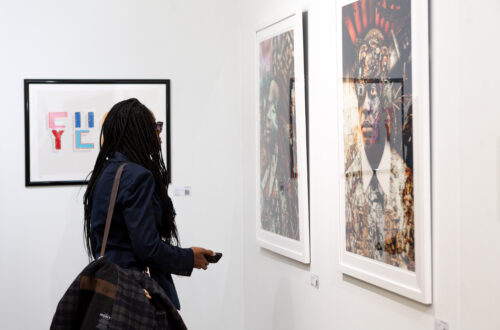 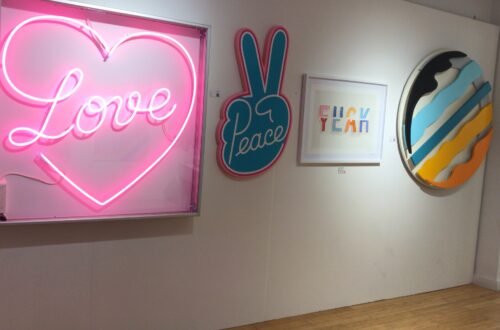 Behind the Scenes at Aqua Art Miami with Singulart