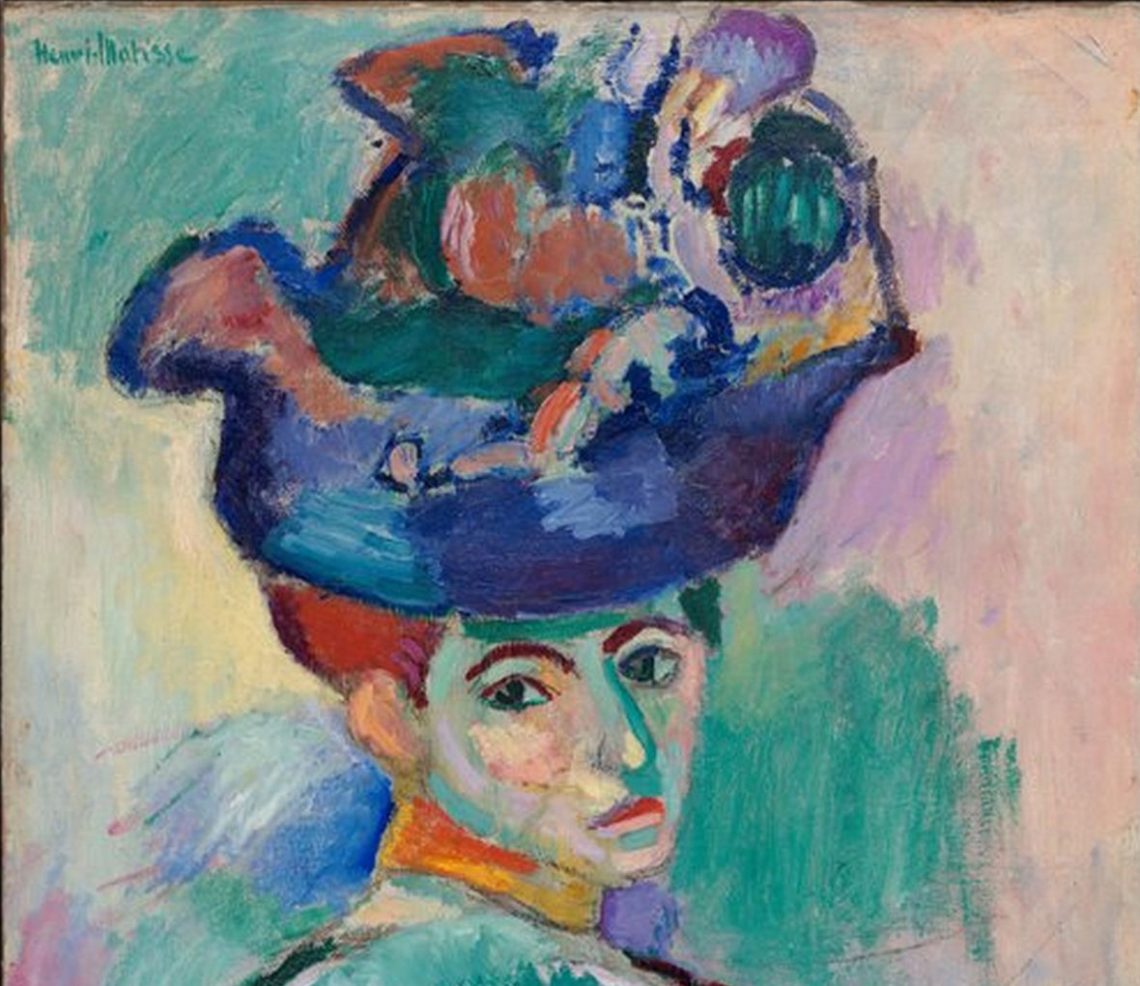 Henri Matisse’s Woman with a Hat marks his stylistic transition to Fauvism and is an exemplary masterpiece of the movement. In this article, Singulart discusses the Woman with a Hat in the context of the Modern Master’s life and Fauvist period.

Henri Matisse (1869-1954) was a French artist, renowned as a draughtsman, printmaker, sculptor and painter. Matisse was born in Northern France and was the oldest son of a wealthy grain merchant. He grew up in Picardie and in 1887 moved to Paris to study law and worked as a court administrator in Le Cateau-Cambresis. He began to paint in 1889 after his mother bought him art supplies to entertain him while he was recovering from appendicitis. Matisse described the experience of painting as “a kind of paradise” and it was then that he decided to become an artist.

Matisse studied at the Academie Julian in Paris from 1891 and was a student of Bouguereau and Moreau. His early works were traditional still lifes, influenced by a wide range of artists, from Manet to Chardin. In 1896 Matisse, an unknown student at the time, was introduced to Impressionism and the work of Van Gogh, by the Australian painter John Russell, who also taught him about color theory which had a profound effect on the development of Matisse’s style.

Matisse and the Fauvist Movement

Matisse was one of the leaders of the Fauvist movement alongside André Derain. As he developed this neo-impressionist, expressive style, Matisse’s success grew and his reputation spread. In 1905, he traveled to the South to work with Derain in Collioure and his work began to embrace flat shapes, controlled lines and a more fluid brushstroke. In the same year he exhibited with the Fauves at the Salon d’Automne.

The Fauvist movement was controversial and was met with strong reactions. At the Armory Show in Chicago in 1913, Matisse’s painting Nu bleu II was burned. Despite dividing opinions at the time, today most of what are considered to be Matisse’s great masterpieces were painted during his Fauvist period.

In 1917, Matisse moved to the French Riviera were his style softened, in line with the Post-War Neoclassical trend. This period of Matisse’s work is characterized by the theme of the oriental odalisque. After surgery for abdominal cancer in 1941, Matisse was left unable to walk or stand which significantly hindered his creative process. He began to create large scale paper cut-out collages with the help of his assistants. His most famous cut-out work was the book Jazz, created in 1943. In 1948, Matisse applied this technique to the design of the Chapelle du Rosaire de Vence.

What’s happening in Woman with a Hat

Woman with a Hat marks a moment of stylistic transition in Matisse’s oeuvre, from a more classical controlled style towards his characteristic expressive style. Woman with a Hat was first exhibited at the 1905 Salon d’Automne in Paris, an exhibition that was surrounded by controversy as Matisse and his contemporaries’ avant-garde style was met with much criticism. The collective works of Matisse and the other exhibiting artists were labelled by critics ‘Les Fauves’, meaning the wild beasts, due to the seemingly untamed, unruly colors that filled the canvases.

Woman with a Hat is characteristic of Matisse’s Fauvist style. It depicts a half-length portrait of his wife, Amelie, in vivid, unnatural colors and rough, fluid brushstrokes. The viewer’s of the day mistook Matisse’s brushwork to signify that the work was unfinished. Amelie is portrayed in a typical bourgeois outfit of the early twentieth century, with an elaborate hat, gloves and a fan. The background is made up of patches of pastel colours and her dress and fan blur into each other, defined only by rough strokes of color. Allegedly, when asked what color his wife’s dress had been while she sat for the portrait, Matisse joked that is was “Black, of course”. The result of these loud colors in contrast with the traditional pose of his wife, creates a vibrant avant-garde portrait that set the tone for the next stages of Matisse’s style and career.

The Woman with a Hat was bought by the Stein family, an expatriate American family in Paris who were great patrons of modern art. Despite the family’s mixed opinions about the work’s aesthetic they all agreed on its importance in the history of french art. The Steins brought the painting to America and it was bought by the Haas family in the 1950’s who donated it to the San Francisco Museum of Modern Art in 1990 along with 36 other modernist masterpieces.

Blue Nudes Series and the Last Stage of Matisse's Career