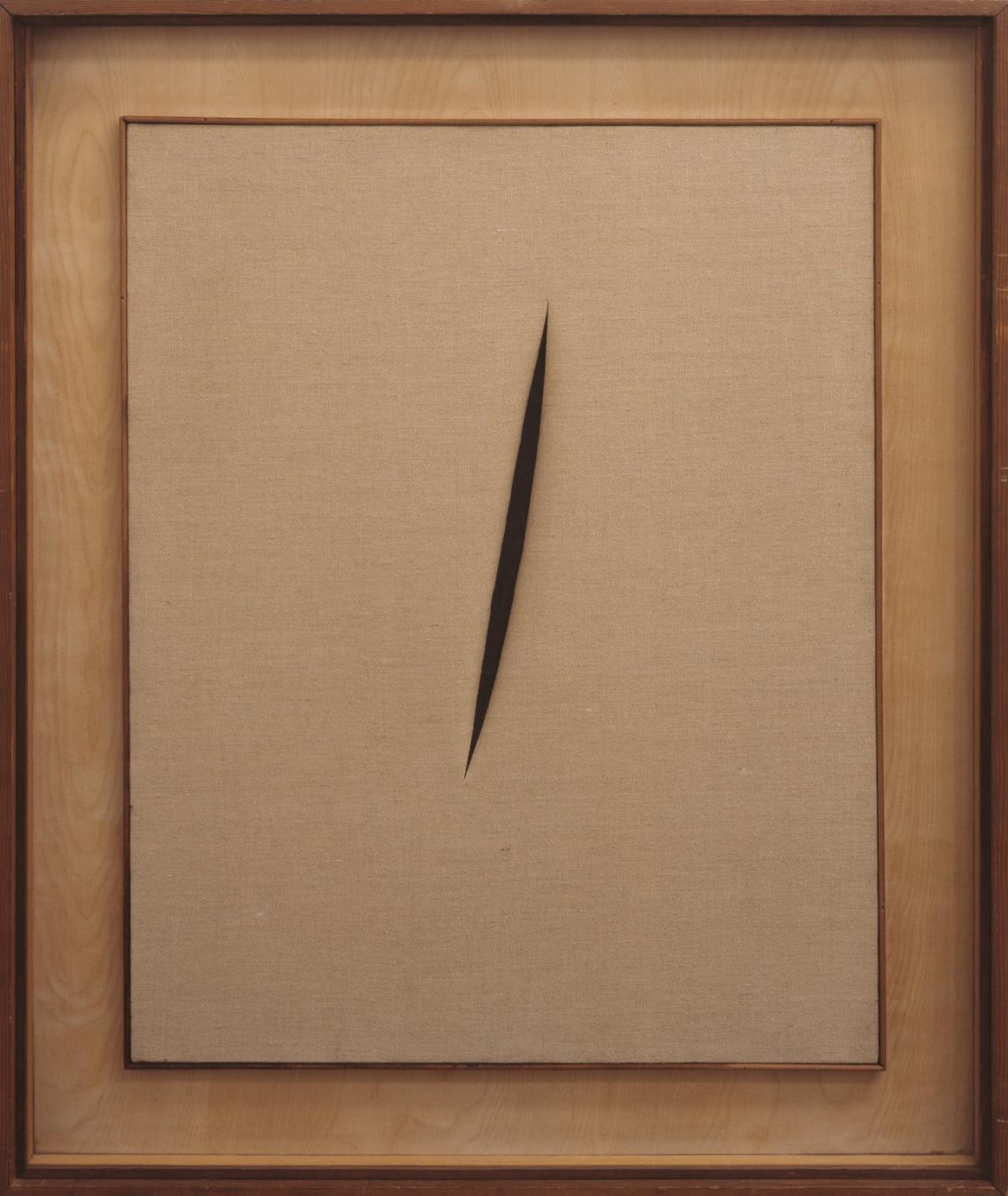 Lucio Fontana’s minimalist modern art has delighted and confused critics since he started producing his infamous slashed canvases in the 1940s. One of his most celebrated works Spatial Concept: Waiting consists of a single cut on a warm, brown-hued canvas. As the father of the spatialism concept, Fontana was at the helm of important developments in the modern art movement. He stated, “My discovery was the hole and that’s it. I am happy to go to the grave after such a discovery.” Singulart presents you with the concept of spatialism, and examines the techniques used in Lucio Fontana’s Spatial Concept: Waiting.

The Life of Lucio Fontana

Lucio Fontana was born in Argentina in 1899, to an Argentinian mother and an Italian father. He moved to Italy after his parents separated in 1905, and through his schooling, was exposed to the ideals of the futurist movement and new ways of creating art. He served as a second lieutenant in WWI, discharged with a silver medal after sustaining an arm injury. After he returned home he resumed his studies, becoming a master builder. This laid the foundation for his sculpture artworks, which he produced at his Argentinian studio. He first exhibited his work in 1925 and began to experiment with his style, rather than creating pieces just for commercial value.

He quickly became a name on the Italian art scene, particularly after his appointment as the apprentice of sculptor Adolf Wildt. Although Fontana was not a supporter of the fascist regime, he was commissioned to create pieces for Mussolini, including a bust of Mussolini himself; this decision continued to plague him throughout his career, as his willingness to create art for the fascist regime considerably affected his reputation.

Fontana became known for his experimental sculptures, spending time in Paris and learning from artists such as Constantin Brancusi and Joan Miro. When WWII came, Fontana returned to Argentina, becoming a teacher and founding the Altamira cultural center.

After founding the Manifesto Blanco in 1946, Fontana began to further push the limits of contemporary art. He exhibited his first installation in 1948, the same year he began his infamous ‘slashed canvases’. He would begin with stabbing small holes over a canvas, later creating long, fluid cuts over the painted surface. From 1961, he began using metal as the background of his work, still using his signature slashing technique. It has been suggested that Fontana’s experience as a sculptor influenced his work with the Spatial Concept series; the cuts are almost sculptural in their precision.

Fontana continued working until his death from a heart attack in 1968.

Spatialism and the Spatial Concept series

In 1946, Fontana, alongside a group of students and artists, published the Manifesto Blanco, which discussed the origins of spatialism. In this manifesto, they wrote:

“The idea of synthesis is grounded in the concept that certain scientific and philosophical developments have transformed the human psyche to such an extent that traditional ‘static’ art forms and the differentiation of artistic disciplines have become obsolete. A new, synthetic art is advocated that will involve the dynamic principle of movement through time and space.”

The spatialism movement aimed to synthesize color, space, sound, movement and time. Fontana achieved this in his piece Spatial environment, arguably one of the first examples of installation art. For this piece, exhibited in 1948, Fontana created papier-mâche shapes and suspended them from the ceiling of a darkened room. Covered in fluorescent paint, the amoeba-like forms were lit by ultraviolet lamps, creating an eerie atmosphere to the installation. Art critic Guido Ballo commented, “The gallery was transformed… [the spectator] did not contemplate a detached form before his eyes, he entered into the pictorial environment.” The artwork encouraged the viewer to become a participant in the installation, rather than just an observer, eliminating the contrast between the artwork and the space surrounding it.

In 1949, Fontana embarked on his Spatial Concept series, what he would later call, “art for the Space Age.” He began with the buchi (holes), using a knife to stab the surface of a canvas. Fontana was attempting to create a work which was “neither painting nor sculpture” which he achieved with the Spatial Concept series. The perforations of the canvas takes it from two- to three-dimensional, or as Fontana said, “I have created an infinite dimension.”

Spatial Concept: Waiting belongs to the tagli (cuts) stage of Fontana’s Spatial Concept series, and is comprised of a single cut, leaning slightly to the right, over an unpainted canvas. He stated that the tagli series would “give the viewer the impression of spatial tranquility, of cosmic rigor, and of infinite serenity.” To achieve the tagli effect, Fontana would slash the fabric while the paint was wet, later giving the cuts more shape by hand, and using black gauze to fill the space behind the cut, implying the infinity of the space.

Unlike his buchi series, the tagli works did not feature any embellishment apart from the perforations. Spatial Concept: Waiting is also an unpainted canvas, which further demonstrates the stark relationship between the raw surface and the primal nature of the slashing gesture. While the viewer could consider the act of slashing the canvas as a destructive, primordial act, Fontana stressed that his work not be perceived as violent. The cut is decisive and planned, suggesting that it was an act that was carefully considered, rather than a spontaneous, savage movement.

The Spatial Concept series changed the way that viewers saw contemporary art, with Fontana stating, “I do not want to make a painting; I want to open up space, create a new dimension, tie in the cosmos, as it endlessly expands beyond the confining plane of the picture.” 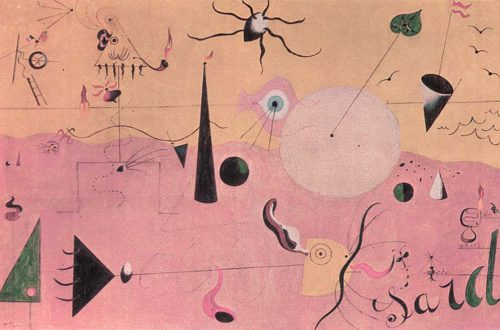 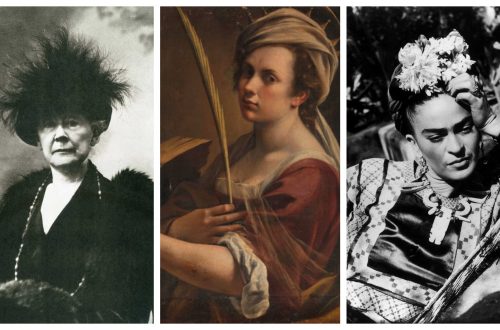