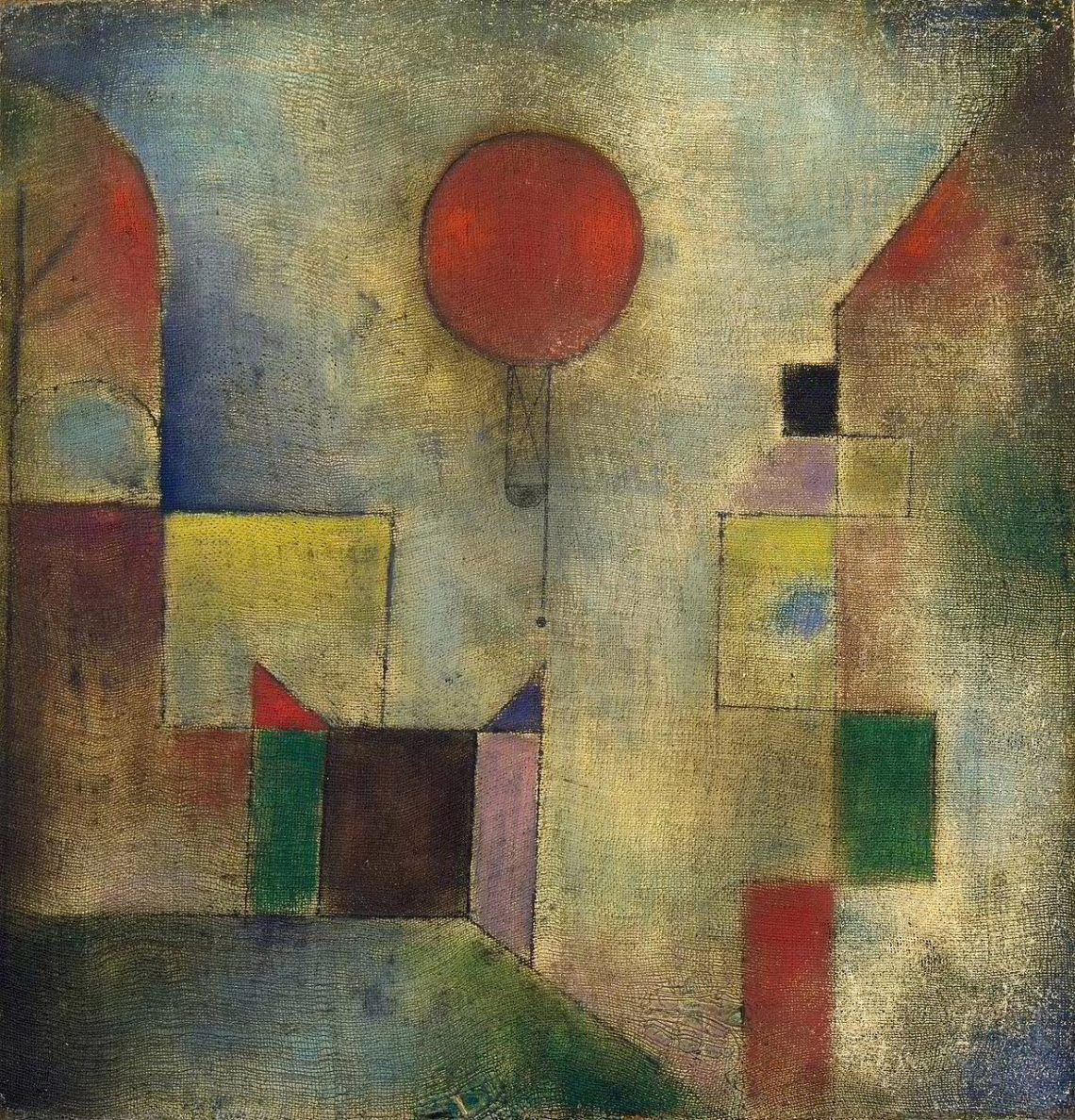 Paul Klee is one of the most influential artists in the modern art movement. While he took inspiration from cubism, expressionism and surrealism, his art cannot be confined to any one genre. Red Balloon is one of his most well-known pieces: a whimsical, geometric painting which displays Klee’s talent for color theory. Singulart investigates Red Balloon as an example of how Klee effortlessly intertwined his cubist and surrealist influences, as well as exploring Klee’s beginnings as a Bauhaus teacher and discussing his part in the infamous “degenerate art” exhibit of 1937.

Who was Paul Klee?

Paul Klee was born in Switzerland on December 18, 1879. Klee’s father was a teacher at the Bern State Seminary and Klee followed in his father’s footsteps, becoming a prestigious violin player. At age 11, he received an invitation to play with the Bern Music Association, but despite his natural talent and parent’s wishes for him to pursue a musical career, Klee abandoned music for art in his teenage years. He felt too inhibited by 18th and 19th century styles of music he was expected to play. On the contrary, as an artist Klee was free to explore and experiment with different styles.

Klee began his artistic career focusing on his drawing skills, studying in a private studio for two years. He went on to study at the Academy of Fine Arts in Munich and dabbled in experimental techniques but did not commit to any one style of art. After completing work for Alfred Kubin, who became one of Klee’s earliest collectors, Klee met August Macke and Wassily Kandinsky, joining them on the staff of the almanac Der Blaue Reiter. Joining Der Blaue Reiter and subsequently exhibiting at their art shows exposed Klee to new ideas on color theory that would go on to influence his art. A trip to Tunisia soon after the 1912 exhibition further inspired him, and he wrote: “Color has taken possession of me; no longer do I have to chase after it, I know that it has a hold on me forever… I am a painter.”

After his return from Tunisia, Klee produced his first purely abstract piece, In the Style of Kairouan. Klee’s career was put on hold after he was conscripted into World War I, first working as a soldier on the front, then moving to work for the aircraft maintenance company. After being transferred to work as a clerk at the Royal Bavarian flying school, he was able to continue painting. Even during the war Klee was able to exhibit his work, to much critical acclaim.

After the war, Klee became a teacher at the Bauhaus. During this period he also became part of a collective known as Die Blaue Vier, alongside Kandinksy, Lyonel Feininger, and Alexej von Jawlensky. Klee was forced to flee Germany with his family after Hitler’s appointment as Chancellor, emigrating to Switzerland in 1933. It was around this time Klee was diagnosed with progressive scleroderma, an autoimmune disease which hardens the skin and organs. His later works reflected his impending death, seen in pieces such as Death and Fire which features a skull in the center surrounded by the word Tod (the German word for death). Klee died on June 29, 1940.

Staatliches Bauhaus was a school for the arts, founded in 1919 by Walter Gropius. Gropius envisioned having a place where a variety of different art styles could be taught under one roof. Klee himself welcomed the conglomeration of different styles, stating “I also approve of these forces coming together if the result is achievement.”  The Bauhaus was particularly influenced by art movements such as arts and crafts and art nouveau. Although it was primarily a school for the artistic practice, it also taught theoretical and intellectual approaches to art. Gropius hoped to provide a place where fine art and practicality could intersect.

Klee’s appointment at the Bauhaus would prove to be a pivotal point in his career, and a move that would cement his reputation as one of the world’s greatest modern artists. Klee originally applied for a teaching position with the Academy of Art in Stuttgart, but was rejected. He was then asked to teach at the Bauhaus, and started his position in 1921. Provided with two studios, Klee took the position of a master of “Form,” teaching bookbinding, stained glass and mural painting workshops.

One of his most infamous lessons was about line drawing, something Klee was clearly proficient at. His Pedagogical Sketchbook opens with the quote, “An active line on a walk, moving freely, without goal,” and went on to describe the different styles of line- from lines that circumscribe themselves to lines that contain fixed points. Klee would also encourage students to paint fish in an aquarium, in order to try and capture the essence of their movement, and asked them to draw the circulatory system, stating that the blood pulsing through the body was similar to the way art was created.

Klee taught at the Bauhaus until 1931, after which he took a position at the Düsseldorf Academy. However, after a newspaper article described him as “a typical Galician Jew,” he was fired from his teaching job and forced to flee from Germany. This period was reflected in his arresting self portrait Struck From the List.

Red Balloon demonstrates Klee’s capacity to draw inspiration from many different art styles, in particular showing his mastery of color theory. In Red Balloon, we see a circle in the center of the painting, which on closer inspection reveals itself to be the titular balloon. The circle stands out especially because it is at odds to the sharp lines in the background which create an otherworldly, minimalist cityscape. The cubist influence of the background is effective in getting viewers to focus on the red balloon as it makes its lazy voyage across the sky.

Klee’s choice to use oil and chalk on muslin draws further attention to his use of color and shapes; the muslin makes the colors more hazy and dream-like, while the sharp lines are at odds with the weave of the fabric. Red Balloon shows Klee’s admiration for childlike, whimsical ideas. Klee was in fact inspired by children’s art, seeing it as a pure, untainted view of the world. He said:

“Children also have artistic ability, and there is wisdom in them having it! The more helpless they are, the more instructive are the examples they furnish us, and they must be preserved free of corruption from an early age.”

In 1937, Klee’s works were among the 15,000 pieces taken by the Nazis in order to stop the rise of “degenerate art.” Degenerate art was a term coined by the Nazis in the 1920s, used as an umbrella term to describe modern art. Artworks that fell under the “degenerate” label were banned or destroyed, believing the artworks to be an “insult to German feeling.” Modern art was particularly reviled by Hitler and the Nazi party, as they believed it was a lie created by Jews and communists, in order to pollute the minds of the German population.

These confiscated works were eventually put into an art show titled Degenerate Art, as an effort by the Nazis to demonstrate the “art of decay” portrayed by these modern artists. The exhibit featured around 740 artworks, each displayed next to a scathing commentary from the Nazis. The Nazis also sought to demonstrate a parallel between modern art and mental illness. Klee’s association with degenerate art meant that he was unable to obtain citizenship is Sweden, though his citizenship request was granted six days after his death.

Want to see works in the same style? Check out Singulart’s Inspired by Paul Klee Collection.

‘Composition VIII’ and the Father of Abstract Art 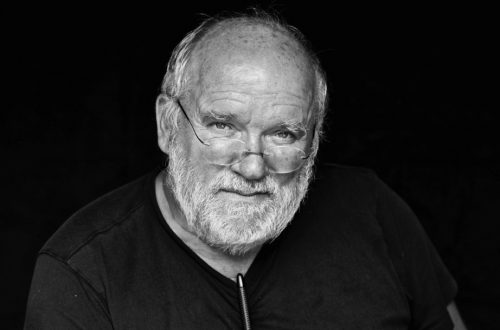