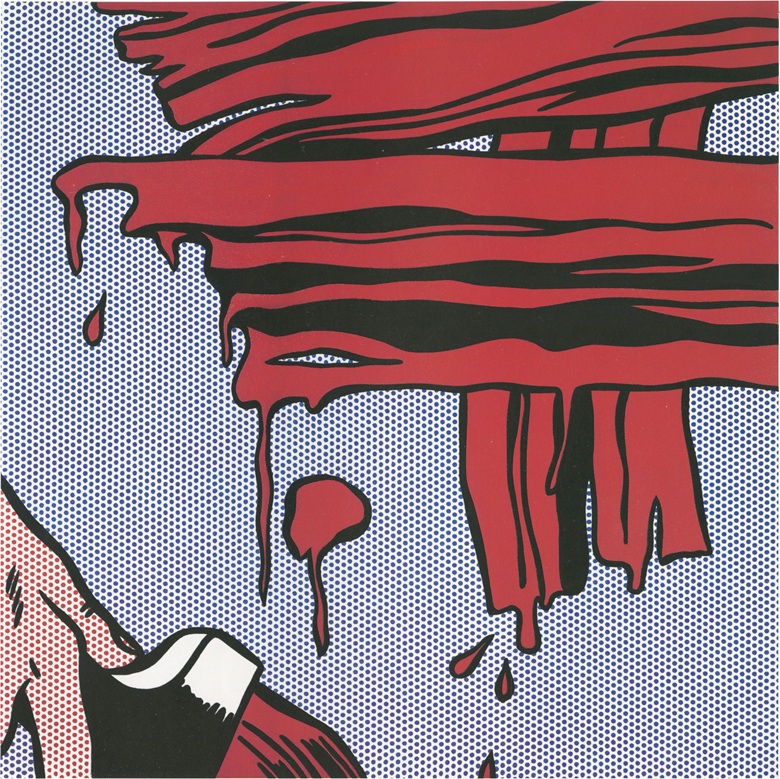 Pop artist Roy Lichtenstein’s Brushstrokes series was a subversive, sly nod at the abstract expressionism movement, as well as a tribute to artists such as Jackson Pollock. The first piece of the series, Brushstrokes, took its inspiration from a panel in a comic book, like many of Lichtenstein’s artworks. Lichtenstein explained, “You think it’s a picture of a brush stroke. And that’s kind of an absurd thing to do. It has that built-in absurdity, and that’s the reason I like it.” The brushstrokes motif would continue to be featured in Lichtenstein’s work throughout his career. Singulart explores the influence this seemingly simple motif had during Lichtenstein’s career, from the painted series to the Brushstrokes sculptures.

Lichtenstein embarked on his Brushstrokes series in 1965. He intended the series to be a satirical nod to the abstract expressionism movement, from which he had departed with the creation of Look Mickey in 1961. He stated, “Brushstrokes in a painting convey a sense of grand gesture, but in my hands, the brushstroke becomes the depiction of a grand gesture.” Lichtenstein was parodying artists such as Jackson Pollock and Willem de Kooning, declaring “The real brushstrokes are just as pre-determined as the cartoon brushstrokes.”

In his Brushstrokes series, Lichtenstein has separated the brushstroke from its context as part of a painting, enlarged it, simplified it, and used his signature mass-produced, comic book style to recreate it on his canvas. Although he had technically moved away from his imitation of other styles and created his own original motif, he ironically returned to repetition with the continued production of the brushstroke gesture.

While the actual Brushstrokes series would only span a couple of years, the motif would become a recurring theme in Lichtenstein’s work.

The first piece in the Brushstrokes series, also titled Brushstrokes, was inspired by a comic panel from the story The Painting in the October 1964 issue of Charlton Comics’ Strange Suspense Stories. The Painting tells the story of Jake, an artist who is plagued by self doubt. Though he shows promise and talent as an artist, Jake turns down an offer to hold his own exhibition, believing that his work is simply not good enough.

Jake is compelled to paint a portrait of a man, though he has no idea where the inspiration came from or even who the man is. At night, Jake hears the painting talking to him, mocking him for his lack of self-confidence. In a rage, Jake paints over the portrait to silence the voice, only to see the man’s image on the front page of the newspaper the following morning- he has been murdered. Jake attempts to recreate the portrait, becoming obsessed with painting the man’s face. The last panel shows Jake as an old man, surrounded by his futile attempts at bringing the man in the painting back to life.

Lichtenstein found inspiration in the panel where Jake stands in front of his ruined canvas, paintbrush in hand. He explained, “Although I had played with this idea before, it started with a comic book image of a mad artist crossing out, with a large brushstroke ‘X’, the face of a friend that was haunting him… Then I went on to do paintings of brushstroke alone. I was very interested in characterizing or caricaturing a brushstroke.” He stated that the brushstrokes were also inspired by the work of ‘painterly painters’ from the Renaissance period onwards.

Brushstrokes captures the art of painting. In the lower left hand corner, the viewer can see a hand gripping a paintbrush, dripping with bright red paint. Spanning the center and upper right hand corner of the canvas is a series of intersecting brushstrokes, with drops of splattered paint dotted around them. It appears as if the brushstrokes have been painted in a frenzy, with little regard for the finished product. The red of the brushstrokes stands out vividly against the background of Lichtenstein’s signature Ben Day dots.

In his mature period, Lichtenstein turned his hand to sculpture. His experiments in this medium are arguably overshadowed by his paintings, however the sculptures demonstrate an adeptness at transforming his work from a 2D form to a 3D form.

In 1965, Lichtenstein produced a series of enamel works based on his artwork Varoom. Through these sculptures, he was able to achieve the mechanical, technical look he had been attempting to achieve with pieces like those from his Compositions series.

As well as creating works with enamel, Lichtenstein also produced a series of ceramic heads based on the comic book femmes he had previously painted. The ceramic girls still featured the Ben Day dots of the paintings, an effect Lichtenstein achieved with a process that began with “decals made of ceramic material, and then, primarily for the faces, I made a tape with evenly punched holes which was fairly flexible so that I could adjust it and bend it to the contours. Then I would mask off the rest so the glaze could be sprayed. The lines and some areas of color were painted by hand.”

A Day With: Alexandre Delamadeleine 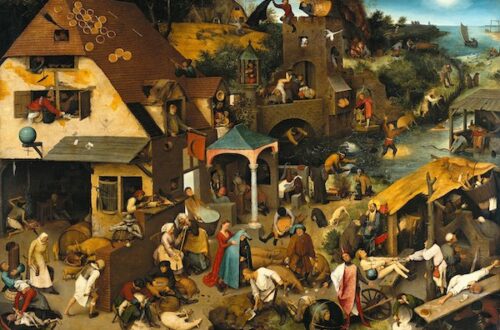 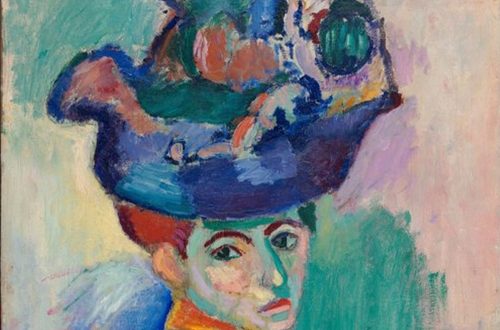 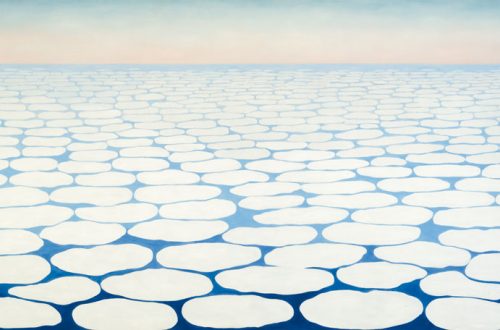 Sky Above Clouds IV, The Landscape, and O’Keeffe’s Artistic Language