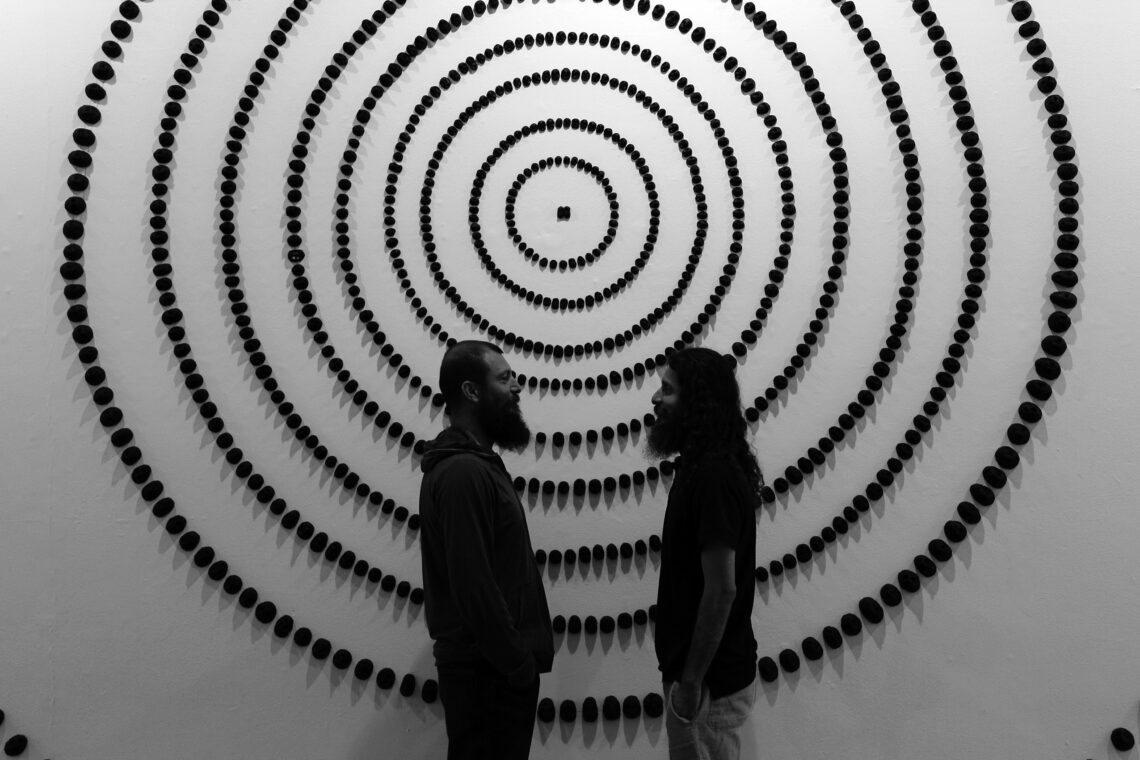 Hugo & Alejandro Viana form an exciting artistic duo from Colombia whose work has been featured in prizes, publications and exhibitions across the country. Spanning mediums and techniques, they focus on fusing each work with intimate, symbolic and anthropological components, ultimately seeking to form a debate between primitive human actions and cultural decipherment in contemporary art. Each of their pieces boasts explosive forms, interesting color combinations and an expansive aesthetic atmosphere. We spoke with the duo to learn more about their practice and the philosophical themes behind their work.

Hello Hugo & Alejandro! Can you tell us a bit about yourself?

Together, we have developed a collaborative artistic production, using several medias like drawing, painting, sculpture, multimedia installations and spatial interventions, among others, to configure artworks with intimate, symbolic and anthropological components. Our art encourages a continuous reflection within the aesthetic panorama of the contemporary visual arts, as well as a debate between the most primeval human beings and the meaning of contemporary art in terms of cultural decipherment.

Since childhood, we have interacted with the arts and always took influence from the cultural spectrum. We grew up with some freedom, during the years 1980-2000, in a particular environment inside the historical and sociocultural violent context in Colombia. We are a multicultural nation that can be very strange and full of substrata and contrasts. From the aboriginal peoples, the Spanish imperial heritage and its colonial stratifications, to the democratic capitalism of their modern society, the country amalgamates a very special baroque style and a physical and human geography inside a new contemporary cultural field.

With this experience, we try to make art act as a singular catharsis, because it is the purest act of expression of the human specie, beyond any aesthetic category or ideological imposition. In this way, art is a sign and reflection of human existence, from the enigmatic beginning of one’s own anthropological journey.

Following the aphorism of the ancient philosopher Heraclitus of Ephesus:   “…everything flows and nothing stands still, everything changes and nothing abides…”, in each artwork, we are thinking about this inherent connection, which fully reveals a process of creation through multiple instants and unlimited variables with long-term development.

Everything in our artwork is a poetic gesture expanded inside conscious dreams and creative reveries, a blurred trace of images reflecting our existence in the world. We wish to capture a single instant of empathy: always intangible, ephemeral, changeable and eternal.

​Working from the singular presence of gesture and instinct, our approach has evolved in line with the philosophy of the act of creation as an act of resistance. This has been situated at the battle between academic (formal) theories and personal intention. By always seeking to break away from convention, we hope to honestly explore the mysteries of the human experience.

You address themes of the anthropological trace on the world– how do you do this? What about this theme is important to you?

Generally, our artwork is a symbolic construct within a possible cultural anthropology, with the same sense in that Ernst Cassirer has defined all human action as instinctive and symbolic. Therefore, it does not move away from possible meanings, both mythical and anthropological, because for us, it is an encounter with space and time, always safeguarding this indecipherable and unconquerable value, when the conscience of man has contemplated the myth of its origins.

The most recent of our artworks, entitled Thresholds, proposes a space of reflection about the traces or signs of the first men that have survived over time. We witness enigmatic vestiges of our existence in silence, as if they were an evocation of a remote past shared, an inquiry of our human condition, and a permanent dialogue between our most recondite predecessor and our contemporary panorama.

Instead of talking about fragments of the present, we talk about the continuous flow of time because the thresholds of the cosmos reveal possible universes. It is similar to the endless flash of the stars in symbolic time and space of the human world.

When you envision the trajectory of your career, what kind of impact would you like to make on the world?

We can contribute with a little consciousness, by reflecting on our existence, our mysterious origin, and our unknown development as the human species on planet earth and within this infinite and eternal universe. Adding a little bit of consciousness to contribute to humanity is a good legacy.

Thanks, Hugo & Alejandro! To see more, discover their universe on their Singulart artist profile. 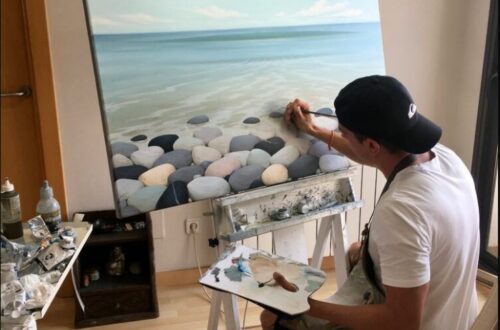 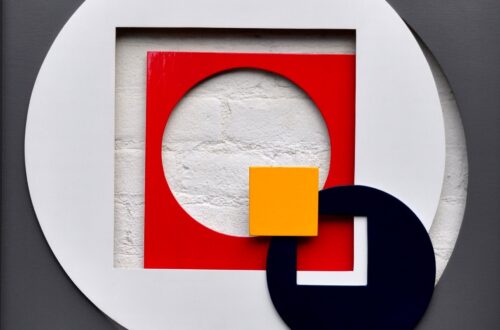 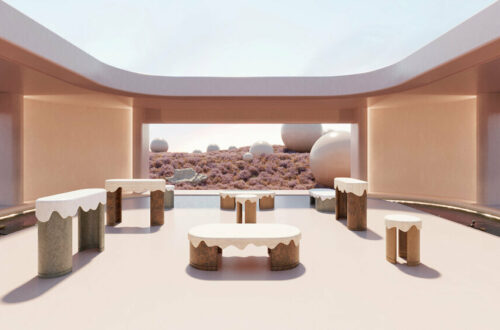