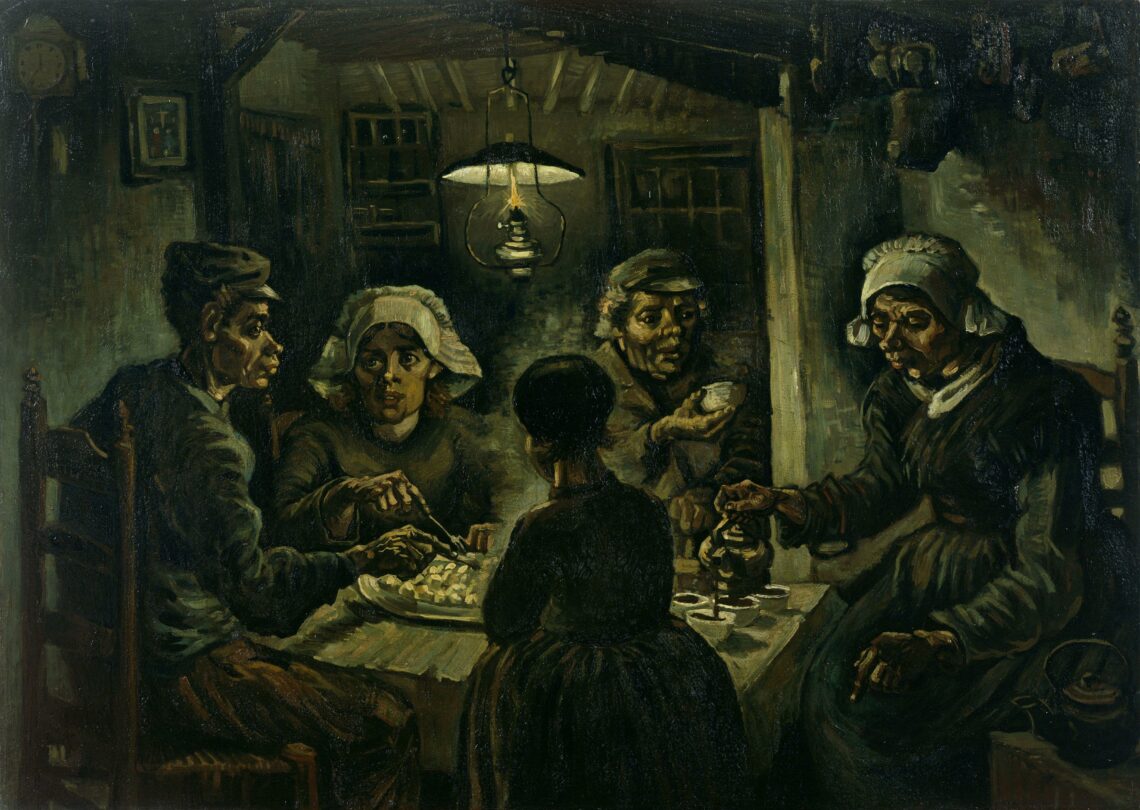 The Potato Eaters is considered to be Vincent Van Gogh’s first significant artwork and his earliest masterpiece. It is the culmination of months of study by Van Gogh, observing working class families and their traditions, and creating hundreds of sketches until he settled on the scene depicted in The Potato Eaters. Van Gogh would later write, “I am plowing on my canvas as they do on their fields.” In this article, Singulart delves into the history of The Potato Eaters and examines the painting in detail, discussing why it deserves its place as a masterpiece.

Why did Van Gogh paint The Potato Eaters?

After moving to Nuenen in the Brabant region in 1883, Van Gogh was inspired to create a portrait of the working class. He wrote to his brother Theo:

“You see, I really have wanted to make it so people get the idea that these folk, who are eating their potatoes by the light of their little lamp, have tilled the earth themselves with these hands they are putting in the dish, and so it speaks of manual labor and – that they have thus honestly earned their food. I wanted it to give the idea of a wholly different way of life from ours – civilized people. So I certainly don’t want everyone just to admire it or approve of it without knowing why.”

It is believed that Van Gogh could have been inspired to paint The Potato Eaters after viewing a piece on a similar subject matter, A Peasant Family at the Table by Josef Israëls, while studying at The Hague School. Both artworks share similarities not just in the subject, but in the composition as well: each portrays a family eating at a table, with the central figure’s back towards the viewer.

Analysis of The Potato Eaters

Van Gogh wanted to show a portrayal of a working class family that was deeply rooted in reality. These efforts can be seen in the painstakingly detailed expressions of the peasants depicted in the artwork. In The Symbolic Language of Vincent van Gogh, author H.R Graetz writes, “…if we observe the faces and bodies of these men and women we see that each one seems lonely and isolated and there is no response, no relieving communication between them.” However, some critics have also pointed to the expression of the young woman gazing at her husband, stating it is a gaze of adoration and devotion. It has also been stated there is a visible bond between the couple on the right, showing that although they may be hardworking manual laborers, they have a life beyond the fields where they work.

The artwork is painted in a dark palette, echoing the dreary living conditions seen within the walls of the peasants’ cabin. The earthy tones could also echo the colors that would be most prevalent in farming life. The only light source is from a single lantern above the family table which some critics view as a symbol of family unity.

Although Van Gogh considered The Potato Eaters one of his best pieces from his time in Nuenen, his brother Theo found it difficult to find a buyer, and the piece received criticism for its almost caricature nature and somber palette. However, Theo also stated, “Some see beauty in it, precisely because the characters are so genuine.”

A Day With Jieun Park 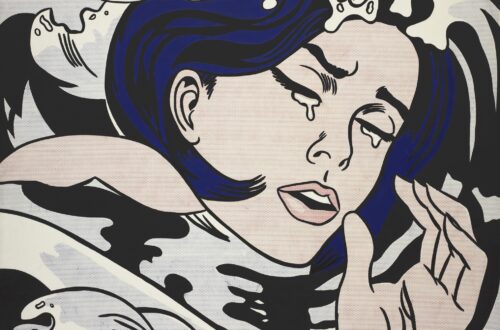 Drowning Girl and The Reputation of Roy Lichtenstein