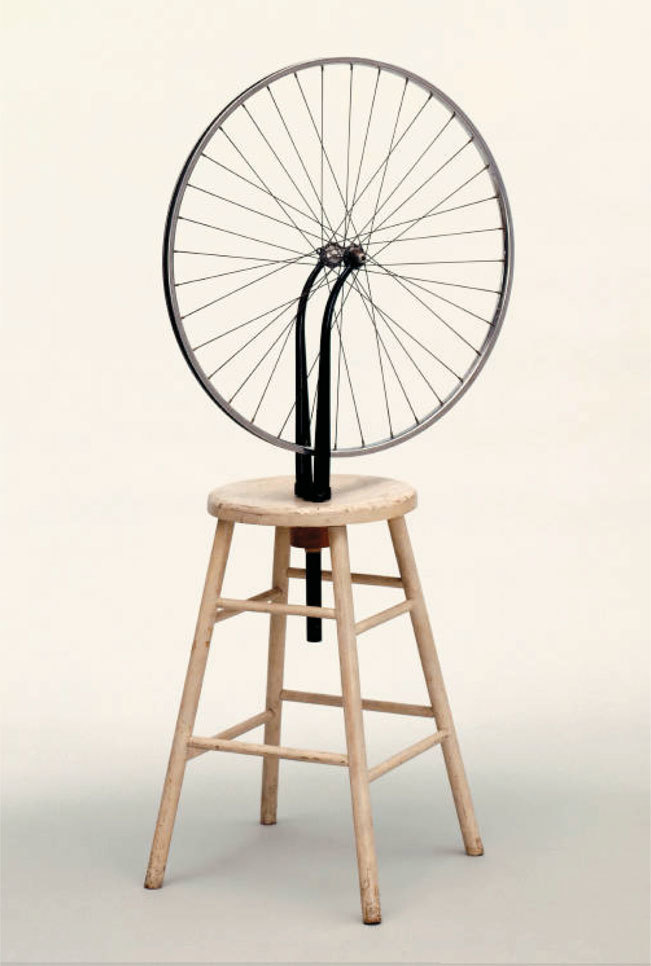 Marcel Duchamp’s Bicycle Wheel is one of his earliest readymades, with which he questioned the very notion of what constitutes a work of art. In this article, Singulart takes a closer look at the life and works of this pioneering twentieth century artist and at Bicycle Wheel itself.

What is Bicycle Wheel?

Marcel Duchamp’s Bicycle Wheel was first made in 1913 and was considered to be one of his first readymades (an object or objects found by Duchamp and labelled as art). Bicycle Wheel is made up of a metal bicycle wheel mounted on a painted wooden stool. Marcel Duchamp described its creation by stating: “In 1913, I had the happy idea to fasten the bicycle wheel to a kitchen stool and watch it turn.”

For Duchamp’s readymades, he deliberately chose functional everyday items “based on a reaction of visual indifference, with at the same time a total absence of good or bad taste.”

Duchamp’s theory behind the readymade was detailed in the avant-garde magazine The Blind Man (which he produced with friends in 1917) when discussing another of his famous readymades, Fountain: “Whether Mr Mutt with his own hands made the fountain or not has no importance. He CHOSE it. He took an ordinary article of life, and placed it so that its useful significance disappeared under the new title and point of view – created a new thought for that object.”

Therefore, the reasoning behind Duchamp’s readymades was primarily threefold. Firstly, it was the choice itself that defined the creative act; secondly, by removing the object from the context of its function it consequently became art; and finally, the addition of a title contributed another layer of significance and indeed, a new meaning. At the heart of Duchamp’s readymades was the concept that art was defined by the artist, which consequently expanded the possibilities of art exponentially.
The Bicycle Wheel that is today exhibited in New York’s Museum of Modern Art is the third version of the work, the first having been made in 1913 and since lost. Due to the fact that Duchamp’s readymades were comprised of mass produced objects, he consequently rejected the idea of an original readymade. 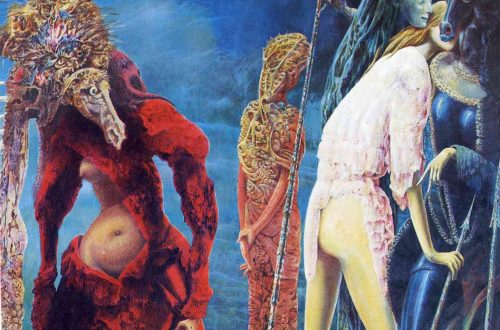