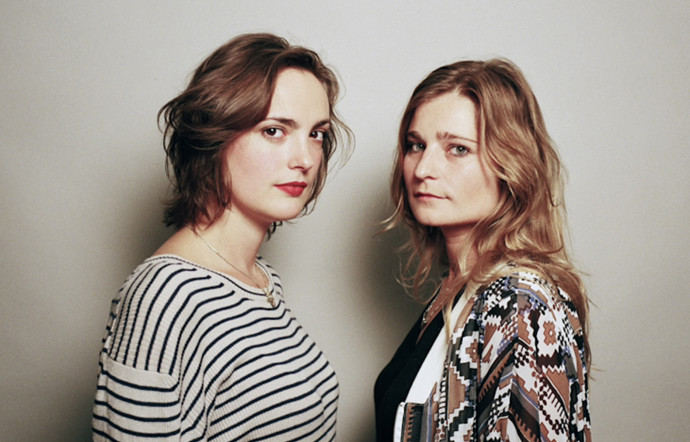 Singulart recently had the pleasure of meeting Lauren Jones and Alix Janta-Polczynski to find out more about their work as curators and their joint project Art Barter.

Established just after the 2008 economic crash, Art Barter offers an innovative way of collecting art: members of the public can acquire artworks by offering anything other than money. In this series of physically curated exhibitions, emerging artists are presented alongside the likes of Tracey Emin, Gavin Turk and Tom Sachs as equals. Over the exhibition period, visitors can offer goods and services for the works on show and the artist’s favorite offer wins. Jones and Janta-Polczynski have taken the project to locations around the world and celebrated their tenth international event last year in Athens.

How did Art Barter come about?

LJ : We were both living in London in 2009 and knew that we wanted to do a project together. We were influenced by numerous projects happening around us at the time, such as swishing parties where people exchanged clothes. There was also a shop near us called ‘The Free Shop’, where people could bring and take donations.

AJP: And they had a board where people could write down the services that they could offer and what they wanted in return.

LJ:  There was a whole feeling that people wanted an alternative way of getting what they wanted. We were also more interested about the artists and the artworks themselves, rather than their market values. So we tried to incorporate all of these things and came up with Art Barter.

How do you organize each exhibition?

LJ: For the very first one we didn’t really know what we were doing. Neither of us had ever curated a show by ourselves. We initially decided that we wanted a hundred London-based artists, then got to fifty and realised we’d better stop otherwise it would get a bit hectic. We had some established names like Tracey Emin and we also went to all the art school degree shows.

AJP: That was the best part. It was so nice to see these artists at the end of their degree, excited to be promoted next to more established artists. Some aspects were more difficult though. For example, people had this misconception that because it was all about bartering, there was no need for money.

LJ: To make a high quality show and have a good location in Central London we needed to raise money. We were really lucky for the first one. We had a friend who found us a sponsor in Green and Blacks Chocolate. They wanted to exhibit Sir Peter Blake’s ‘Chocol-art’, a huge design made out of chocolate bars, so we had that displayed within the exhibition. It was really cool, and of course amazing to have Peter Blake associated with Art Barter. We had Absolut Vodka supporting us as well. The first show was the best.

AJP: But this was also because we were based in the city, which made it easier. When we went to other cities we had to start again: we wouldn’t know any of the artists, we’d have no contacts in the press.

LJ: Sometimes we wouldn’t even know the language. But we wanted to challenge ourselves. We didn’t just want to stay in London and build on what we’d already done.

What’s been your favorite edition of Art Barter?

LJ: I’d say Mexico City. It was so much fun, but it was also touch and go whether it was actually going to happen. Shortly before the exhibition was supposed to start, our flights fell through. Then a few weeks later we were on again, but we had to reorganise everything in the space of a few days: change the exhibition dates, find a new location, re-invite everyone, go round to all the studios… and at the time Alix’s son was just nine months old and he was coming everywhere with us. But it was amazing! We had some of the most famous artists in Mexico and amazing students. Sometimes when you don’t have much time to plan, it creates the best energy for a project.

What’s been the best exchange?

AJP: Or also more practical things, like a translation for a book they’re about to publish, or there was one girl who really loved Tom Sachs and offered to work in his studio for a hundred hours. And then we do get some special ones like body organs…

LJ: They’re not usually taken up though! I really love it when children win. There was one three-year-old girl who offered to sing a song for an artist which was cute. And then there was the five-year-old boy who offered his favourite toy, a remote control car, and he won this massive painting, like 3 by 2 meters. When the parents found out they were like ‘No, really? He won?!’

AJP: It was so big it wouldn’t fit in his room!

In promoting this new system of exchange through Art Barter, did you see yourselves as pushing for a change in the ways people interact with and collect art?

LJ: I don’t think we were ever trying to push for a change, or to replace anything. We were just showing that there was an alternative way, and really for us it was more about connecting people together.

How would you describe a typical working day for you?

LJ: I think the most typical thing about either of our days is that it’s never typical. I think that’s what’s really fun. Especially before we had kids, Art Barter gave us a really good reason to travel and always be on the move – you’ll arrive in a country and have two weeks to set up a show and meet as many people as you can. It’s exciting for us because we’re not really people who have routines.

AJP: We tried to have an office once, but then realized we were there for only half a day each week.

Do you know where the next edition of Art Barter might take place?

LJ: We definitely want to do Tokyo.

AJP: We’d also love to have an exhibition somewhere in Africa. But we’ll have to see how everything turns out and how easy it’s going to be to travel in the future for short projects. We’ll see!

Check out some of Lauren and Alix’s favourite artists on Singulart: 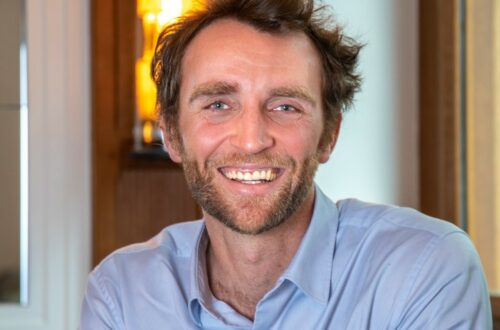 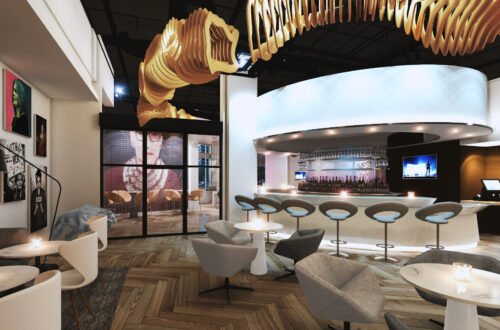 Andrea Sheehan tells us about the female empowering Hotel Zena 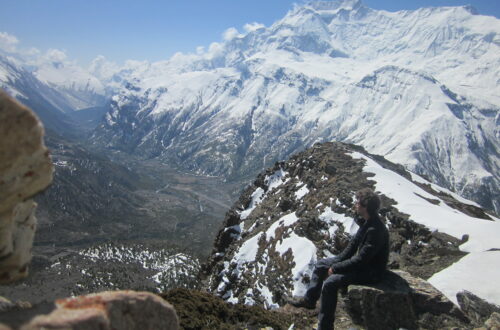