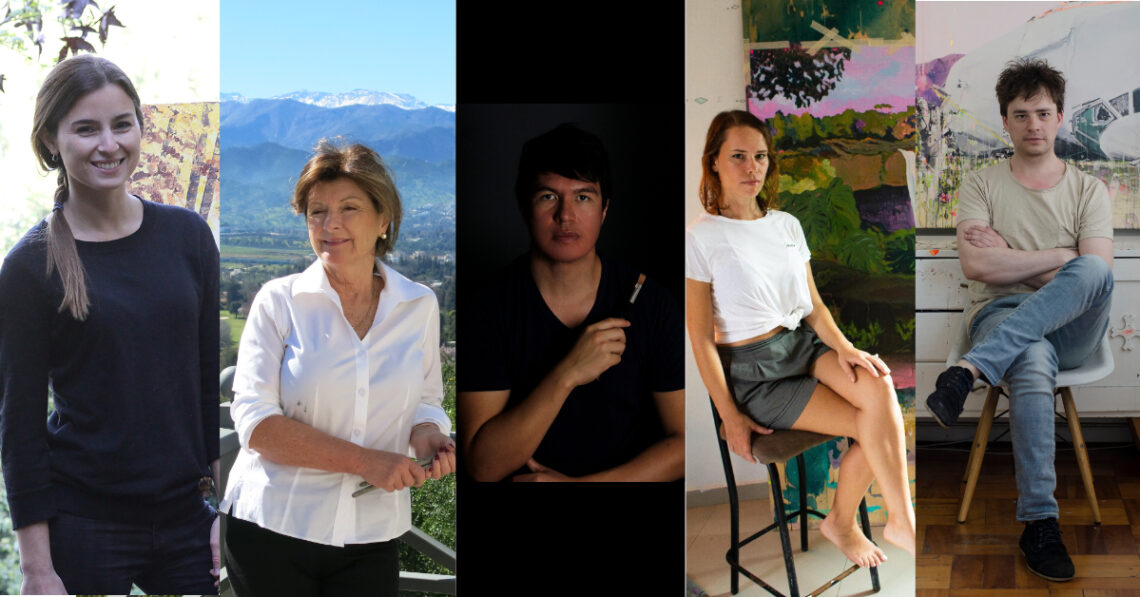 Chile is entwined with a South American flair that is transferred to the canvas from the artists who immerse themselves within this cultural bastion. Singulart is proud to highlight five contemporary artists that live and work here.

Eileen Lunecke had a mentor, painter Pablo Flández, who in a certain way urged her to paint landscapes inspired by the region where she was born. Flández also encouraged her to attain a Bachelor of Arts degree at the Catholic University of Chile. Within her oil on canvas creations, Lunecke incorporates the use of a spatula, since it makes possible an artwork consisting of realistic textures.

Eileen Lunecke was selected in 2015 at the X Biennial in Florence, Italy, while in 2016, she exhibited at the International Art Fair in Rotterdam, Holland. Elsewhere, she has presented her works in different museums and galleries in Chile, such as the Cultural Center “El Austral” in 2017.

“Art is a path that does not stop, it is a constant renewal of knowledge and refinement of technique, in order to be able to express with greater precision what we seek to transmit.“

Painter María Verónica Byers was born in Chile in 1950. The characters that the artist paints – some of children’s strokes, others twisted, and others only silhouettes – immerse themselves in a dreamlike universe and hide details that invite the viewer to investigate. The style of Veronica Byers is quite varied but her paintings are generally figurative, realistic, and expressionist. In order to achieve these respective styles, Byers prefers to work with oil, coal, enamels, along with thick and thin brushes. The Chilean has always painted, but began her artistic career studying at the Faculty of Fine Arts of the University of Chile. Upon graduating, she went to Europe, where she participated in different painting workshops.

During her artistic career, Verónica Byers has participated in numerous exhibitions in renowned places such as the Museum of Contemporary Art of Chile, as well as the Canapo Art Gallery in Los Angeles. Her prolific artistry has been recognized and she has received several awards, including the Cultural Center Honor Award of Watercolor, in Valdivia.

“The viewer does the work.“

Gustavo Leutun is an emerging Chilean painter whose works have been featured in solo shows nationally. Leutun started painting when he was just nine years old and has been following his passion ever since. Inspired by the scenes of everyday life, Leutun paints the vibrant world and people around him in bright oranges, pinks, and yellows. He says that each painting is a reflection of his personality, and he knows his painting is finished when he feels happiness, achieving the ultimate goal of being himself.

Leutun has exhibited in numerous shows around Chile throughout his career, and has also published articles on fellow painters.

“For me, color is everything. Everything is subjective and has potential.”

Javiera da Fonseca is a Chilean artist who currently lives and works in Mexico. Her paintings depict landscapes where nature is the main protagonist. Using neon and pastel acrylic paints, her vivid works bring to life an impossibly colorful world. Upbeat and enchanting, the paintings by Javiera da Fonseca are figurative and tropical in style and the techniques used are acrylic, oil, and spray on canvas. The pastel colors prevail in her work as they depict the colors she very often sees in sunsets. Da Fonseca has studied several artists such as Peter Doig and Mamma Andersson, but what really inspires her is nature.

Javiera da Fonseca has exhibited individually in numerous art galleries such as the Back Gallery Project in Vancouver (2017) and the Casa Equis in Mexico (2018). He has also participated in collective exhibitions and contemporary art fairs such as Art Market SF in San Francisco (2018) and Art on Paper in New York (2018).

“I believe in art as a channel that brings us closer to the original source of life and to ourselves as spiritual beings.“

Fernando Gómez Balbontín is a prizewinning Chilean painter whose works have been exhibited in solo and group shows internationally. Ever since childhood, he felt the urge to create and use art as a form of questioning, experimenting between both figurative and abstract styles. His emotionally charged paintings explore themes of chaos, death, and modern society.

He has won numerous prizes in Chile, exhibiting both in solo and group shows around the country and all over the world, most notably in 2019 at The Other Art Fair in New York and the Art Paris in France. Furthermore, he has published various pieces about his creations, other artists, and art practices that inspire him.

“My job is to decide to exercise my right to speak through a visual language. My job is my work process. My work is my life.”

Browse through more artworks by these Chilean artists, and many more who exhibit on Singulart 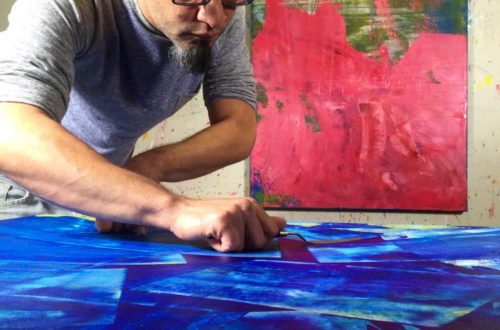 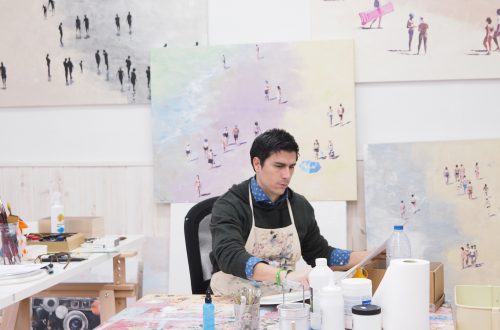 A Day With: Carlos Martin 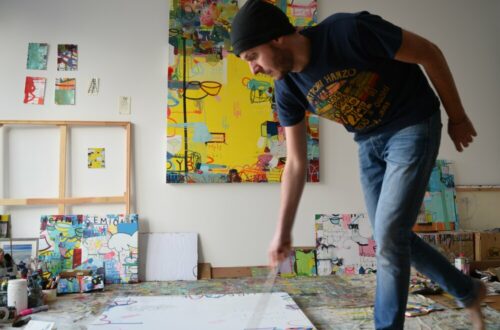