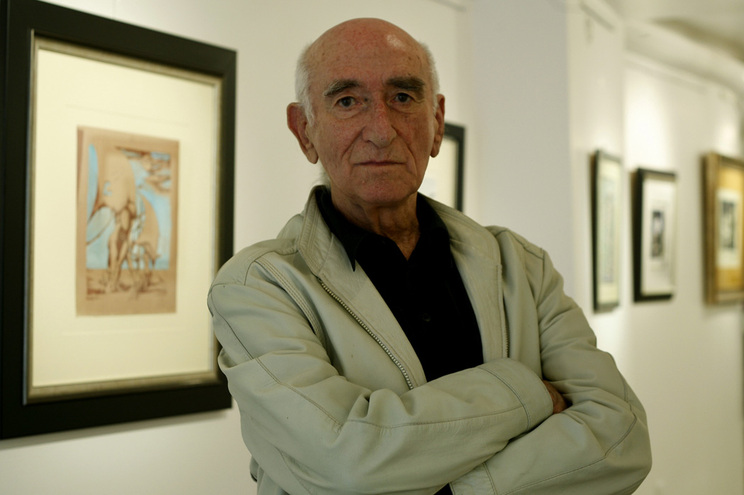 Cruzeiro Seixas, a creative master and the founder of Surrealism in Portugal, is one of the artists featured in Singulart’s exclusive partner sale with the Perve Galeria. Paintings from Cruzeiro Seixas will be available on the platform between the 11th and 28th of February, 2021. Discover the life of a grand Portuguese master, Cruzeiro Seixas.

Considered the last Portuguese surrealist, Seixas died on November 9th, 2020 at the age of 99, merely a month after receiving the medal for cultural merit. Since his death, a worldwide retrospective has been taking place, from New York to Paris, to pay a tribute to the unique artwork from an unforgettable soul. More specifically, the UNESCO (United Nations Organisation for education, sciences and culture) in Paris will pay a special tribute to the artist in an exclusive exhibition in May 2021.

Seixas painted and drew all of his life but he was also a poet and found interest in various artistic fields, such as sculpture. For him, to be an artist was no different than simply being human. He never liked being called an artist and preferred being characterized as “someone who paints”. Seixas wanted to live a simple life, where time and money had little significance.

The life of a grandmaster

Born in Amadora (1920), Cruzeiro Seixas grew up in Lisbon and attended the Antonio Arroio secondary artistic school. There, he met friends and peers with whom he would enjoy intellectual conversations. Having many social connections, Seixas met the poet Mario Cesariny and was invited to join his artistic group “The Surrealists”. Seixas fully embraced neo-realism at first, an artistic movement created before the Salazar dictatorship in Portugal. However, it was not long before André Breton’s Manifeste du Surréalisme appeared and became his only influence and inspiration.

In 1950, Cruzeiro Seixas left to travel in Asia, Africa and India as a merchant in the navy. Thereafter, the painter settled in Angola, letting his inspiration guide him. Fascinated by Africa as a whole, Seixas described it as love at first sight. He traveled the country and created an ethnographic collection, and wrote his first poems while collecting artworks and displaying his art.

The colonial war forced his return to Portugal in 1964, where he faced what he felt was a static reality compared to the intense years he had previously experienced in Angola. His Portuguese audience was eager to see him get back to work, so he focused again on his work, family, and reunited with old friends. Later, Seixas became the curator of Galeria São Mamede. There, the painter wanted to transform the gallery into a place for the representation of artists from his generation, such as Paula Rego, António Areal and Carlos Calvet. Besides being an art critic, Seixas was well-known for criticizing Portuguese politics and institutions, specifically during the right-wing dictatorship of Salazar.

In the 1970s, he participated in several group exhibitions travelling to Paris, Brussels, London, Chicago, Brazil, among others. In the late stage of his life, Seixas founded the Portuguese Surrealism Centre with the Cupertino de Miranda family, to whom he donates a large part of his creation and collection. From an early age, he exchanged artworks with other creatives and offered some to others in various moments of his life. Many of them don’t even have a date associated because that was not important for him. For him, surrealism meant poetry, freedom and love.

Breton’s manifesto, together with surrealist artworks arriving from abroad, influenced Seixas to adapt the course of his work. As Breton defined, surrealism aimed at representing distant realities to express the unconscious mind through the imagery of strange creatures.

Surrealists developed a practice of automatism – to paint or create without thinking, releasing the unconscious mind in the creative process. One technique used by surrealist artists was the cadavre exquis, exquisite corpse, which is a technique where multiple painters would compose an artwork together by adding one element after the other.

Seixas’ art encapsulates all the symbols of surrealism. He used the exquisite corpse technique throughout his career, specifically with his friend Mario Cesariny. His inspiration from surrealist painters Giorgio Chirico and Salvador Dalí is identified in his metaphysical and dream-like scenarios. Additionally, he created fantastic paintings that were inspired by his admiration for the Dutch painter Hieronymus Bosch.

In his oeuvre, Seixas presented scenes from a foreign world, the dream-world, often inspired by the moon. In the two featured paintings in Singulart’s sale with the Perve Gallery, the strong blue colors on a dark background contrast with light figures. The particular scenery gives a sculpted structure to his works, letting the observer interpret the scene and the relationship between the different elements. Seixas also represented unexpected characters, in a mutation between ordinary objects and living beings, carrying different energies in themselves. Everything carries symbolism and humor.

The sculpture available during the partner sale with Perve Galleria is one of the artist’s latest artworks, created in 2011. This sculpture is atypical in Seixas’ oeuvre, as he mostly painted and produced drawings. Here he materializes the surrealist dream of transcending contradictions by marrying the beauty and elegance of a swan with a raw approach to the material. Here the swan loses its softness and magic and leans towards strangeness. The three artworks available during this exclusive sale, are the perfect glimpse into Seizas’ oeuvre and his surrealist universe.

It's Written in the Sky: Interpreting the Stars with Astrologer Mathilde Fachan 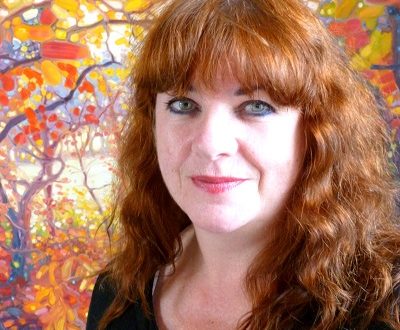 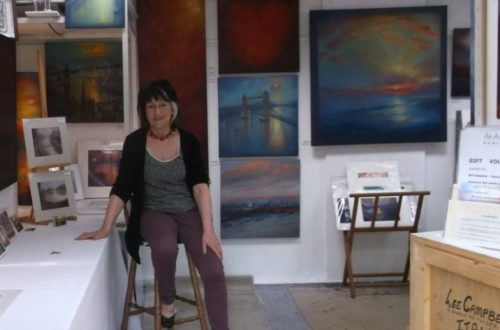 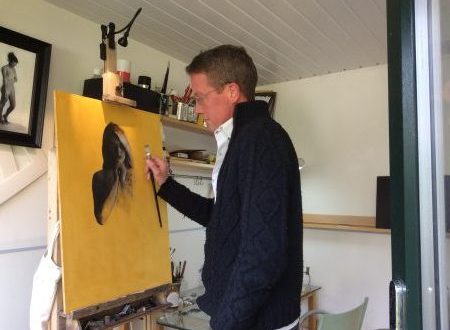