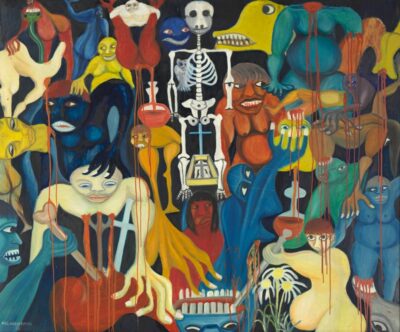 Mozambican-born painter, Malangatana Valente Ngwenya (1936-2011), was an important figure in African modern art. His artwork is represented in public museums including the Art Institute of Chicago and Tate Modern, London.

The development of his style is situated in the socio-cultural context of his country’s fight for independence against Portuguese rule. His paintings created from the 1960s to the 1970s touch on socio-political themes of colonial identity and oppression.

In the former years of his life, Malangatana worked as a shepherd. Later on he learned the traditional medicine of his cultural group, Ronga, and he was employed by the elite colonial club, Lourenço Marques.

Malangatana’s career as a professional artist began in 1960 when he was discovered and patronised by the Portuguese architect Pancho Guedes. In addition to his extensive self-study of painting in the late 1950s, Malangatana took art courses at the Maputo School of Commerce and at the Mozambique Art Association.

In 1964, Malangatana was accused of aiding independence movements by the Portuguese secret police (PIDE). As such, he spent 18-months imprisoned where he created an important nucleus of his early oeuvre.

Similar to the artistic-literary trend of modernismo – which was particularly widespread in Latin America at the fin de siècle – poetry also played a major role in Malangatana’s oeuvre. Today, his poetry is received both in Mozambique and internationally.

Recognition within the International Art World

Malangatana received many awards including the Nachingwea Medal in 1984. In 1990, he received the award of the Association of International Art Critics in Lisbon. He then received the Dutch Prince Claus Award in 1997 for his progressive approach to issues relating to culture and development.

Mainly represented by Perve Gallery, Malangatana participated in several important national as well as international exhibitions. Amongst these, he took part in Contemporary Art Lisbon in 2004 and 2005.

Among his public commissions are the murals for UNESCO. In July 2020, his oeuvre was honoured by a posthumous retrospective at the Art Institute Chicago.

Stylistically, many cultural movements in the course of independence efforts share common aspects. These include the use of language brought in by Christian-colonial powers, as well as Western art movements taught at art schools. Mixed with their own indigenous culture, symbols and folklore, modernist styles from post-colonial societies, outside of the Western canon of art history emerged.

The striking protagonists of Malangatana’s paintings usually fill the picture surface completely, forming a colourful pattern on the canvases. The allegorical scenes in his work are brutal as well as intimate, which is characteristic of Malangatana’s socio-politically motivated paintings.

For example (in the painting above), the baby with a crucifix around his neck is suckled by the mother who is clearly depicted as indigenous. These works challenge outdated notions of “tribal” and “primitive” art.

Mass Scenes from a Changing World

We are delighted to present one of Malangatana’s works from the 1960s, a feature from our collaboration sale with Perve Gallery. Drawings of this size form an important part of his oeuvre. In contrast to painting, ink drawings allowed the artist to capture his ideas more quickly and directly.

This ink drawing is an expression of the synthesis of art and politics in a changing world. It becomes a kind of hidden object where the paper depicts mythical creatures as well as humans interacting, fighting and wrestling with each other. The alien creatures monitor the scenery in the centre with their big eyes. Disorder, violence and surveillance are the main themes of this work.

Created during the independence protests in Mozambique, this piece reflects Malangatana’s efforts to find a universal language against oppression and war through his art. Thus, Malangatana’s work can be seen as an emblematic representation of the longing for peace. 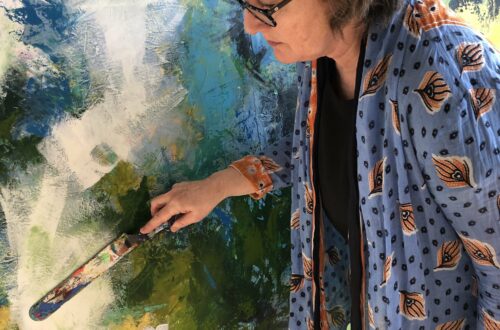 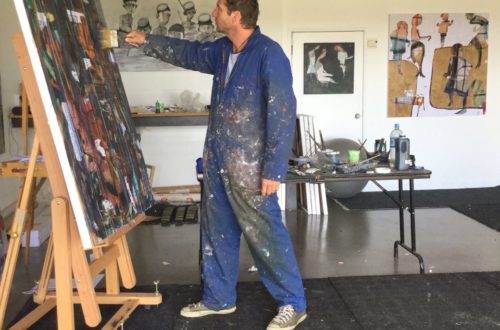 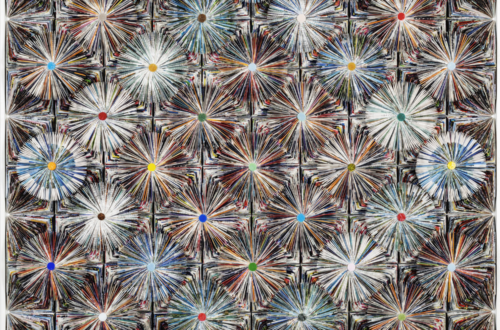