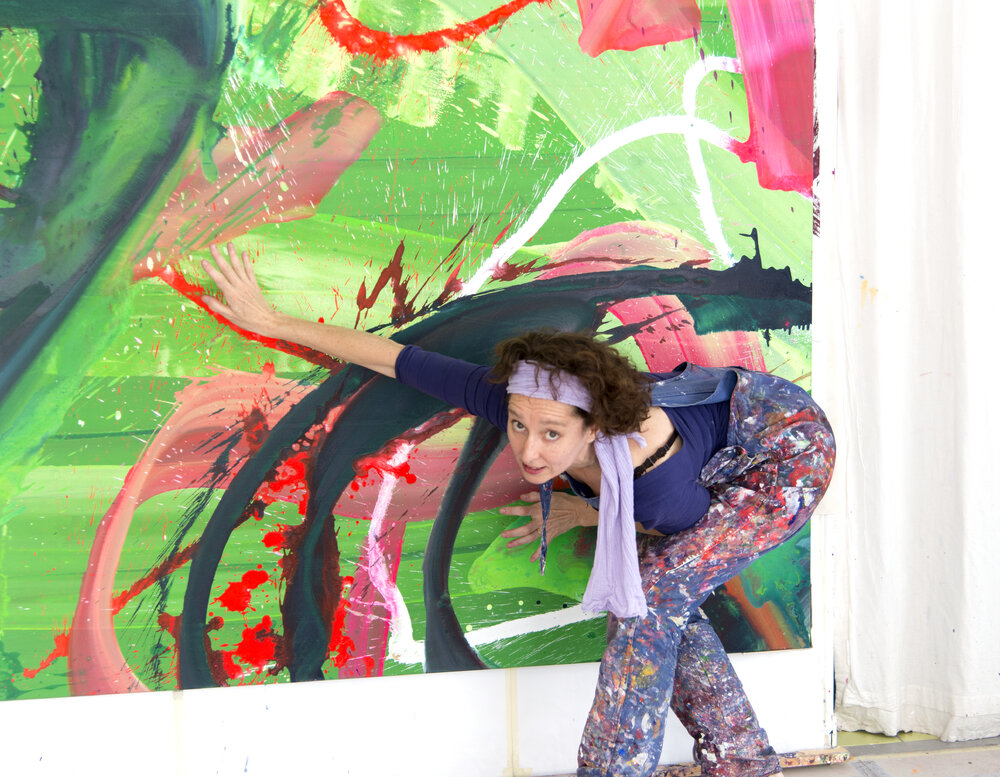 Hélène Jacqz is a French painter and winner of numerous prizes including the Fulbright scholarship and Rubinstein prize. In her paintings, the artist acts much like a jazz musician. She creates everything in the moment. It’s a matter of tempo and it’s like she is playing a game of double or quits. She risks creating work that lacks her signature, but when she hits a double, she wins big. She creates work that explodes with energy and are filled with large gestures that cause your eyes to dart around the canvas in excitement.

Learn more about the artist in our interview below.

When did you decide to become an artist?

Two years after starting intensive training in a dance school, my body, my faithful companion up to that point, failed me. I was only twenty and it was violent and painful at first, but later it became instructive.

Painting was a sort of a family affair. My father started drawing when he was 35 years old in a sanatorium, where he stayed in order to be cured of a heavy form of tuberculosis. I always saw my father painting and drawing. That’s why after the accident, when I couldn’t move like before, I naturally started to make objects with my hands, and then to draw. Later I took evening drawing classes at workshops in Paris.

The joy I got out of that course made me want to continue. By the end of that year, I was admitted to l’Ecole Nationale Supérieure des Beaux-Arts (ENSBA) and l’Ecole Nationale des Arts Décoratifs de Paris. Without hesitation, I decided on ENSBA because I had chosen to devote myself fully to painting.

What are your artistic influences and which artists inspire you?

At first, I liked Manet and Corot for their use of light, Matisse for his color choices, and clarity. Lautrec for his accuracy and humanity. The portraits by Fayoum for their simplicity. Sassetta (Sienne 1400-1450) for their fervor and sincerity, Van Gogh is unclassifiable, if not intense. Michel- Ange, what power! At that time, I also had the chance to get up close to a collection of works from Jean Polak (Galerie Ariel). The paintings from the COBRA movement, with works from Jorn, Appel, Alechinsky, taught me about unconsciousness in the art of the 20th century, and the use of pure colors.

It was when I was living in the United States for five years (thanks to two scholarships after I graduated ENSBA) when my paintings took a turn. Before this American period, my love for Nabis was my reference. It was seeing works in person by Pollock, Cy Twombly and Basquiat, along with listening to jazz improvisation, that gave me the impetus and strength to try something new.

Do you prefer to work alone or to collaborate with other artists?

On the creative side, it is essential for me to have solitude in my workshop. I like being alone because my work is intimate and uncompromising. That said, I am not against working with a team on a specific project.

Would you tell us about a project that you are currently working on?

At the moment I have a few collaborations in the works. I will also be invited to a residency to work on prints at a workshop in eastern France.

I am also speaking with a carpet artisan. Some of my recent works lend themselves to that kind of thing. In the same spirit, I have also been in talks with a designer for a furniture project. In terms of publishing, I am very happy to say that I am working with Saisons de Culture (a French cultural association for Franco-Polish people in Paris). We are currently working on three catalogs about my work from 2014 to 2019.

What would you be doing if you weren’t an artist?

Honestly, I never ask myself that question, I chose to become a painter because it is the part of my life that allows me to live as I want to.

Are there other artists on Singulart that inspire you?

There are a lot of works on Singulart. Your question made me search your gallery more than ever. Here are some artists that I have appreciated: Gary Komarin, Seung Yoon Choi, Las Animas, Maria Argüelles, Ibrahima Cissé Déb’s, Kees Ouwens, Monica Mariniello, Michael Rofka and Yongsun Jang

What advice would you give to young artists starting out?

If you can’t do anything else, go for it, and never give up on your dreams!

Don’t miss out on any of her works by following her page on Singulart ! 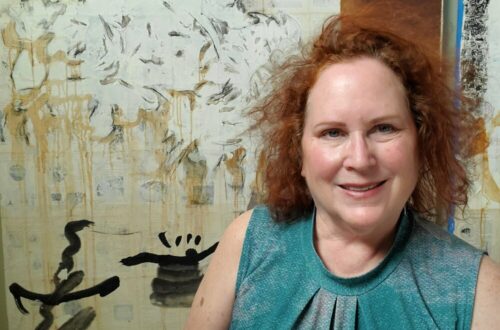 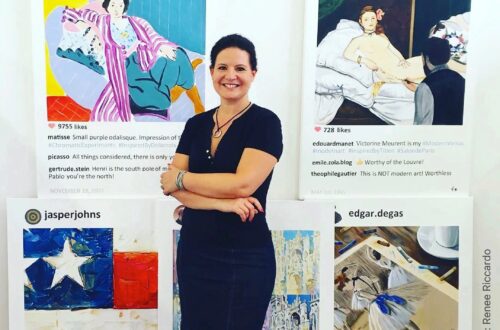 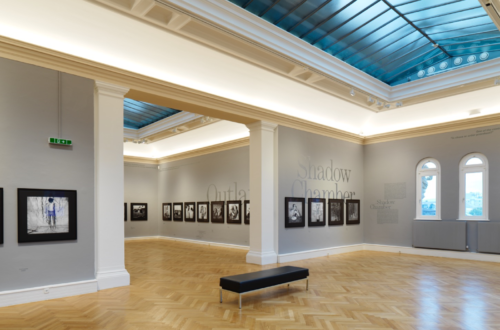