Singulart Magazine > Spotlight on... > Artists > In Conversation With THIRSTY BSTRD 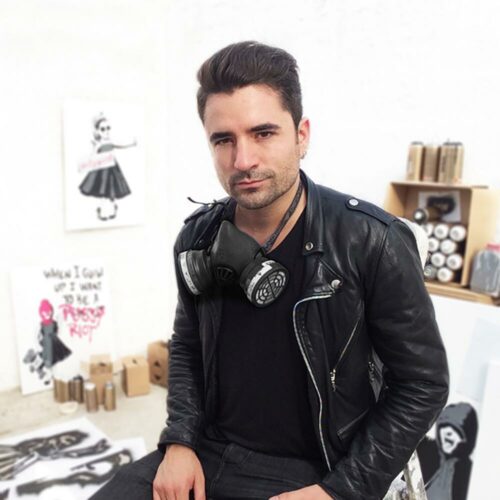 Thirsty Bstrd, a French multidisciplinary and self-taught artist living and working in Paris, will be among the major artists participating in the SINGULART x AMREF auction running from May 9 to the 16. We’re proud to announce that he is happy to support our auction motto: Buy Art Spread Love!

AMREF is an African NGO founded in Kenya in 1957, it advocates for equitable access to health and care with priority given to women and children. Selected and committed artists have chosen to participate in this auction on Singulart’s live section to support this cause.

In this interview, Thirsty Bstrd tells us about his art and commitment to AMREF.

How did you realise that you wanted to become an artist?

As far back as I can remember, I’ve always drawn, created, imagined… I was rocked by the pop culture of the 80s and 90s so a lot of the work from that era is inspiring to me. From a very young age, I’ve always been fascinated by what goes on behind the scenes, the creators… So it’s something that has never seemed inaccessible to me. What I like most of all is to create, to bring an idea to life. And it so happens that creating a plastic work is for me the shortest route between the idea and its realisation.

What inspires and drives your creativity?

What drives me to create is mainly to have ideas and to feel the need to realise them, to make them happen.

In my creative process, I have a lot of ideas that come to me quite spontaneously, that I write down, and that I work on and rework until I am sure that my idea is well developed and understandable. I think it’s essential that my creations are intelligible and well executed. From my point of view, this is what makes a work successful or not.

To what extent is your work “In Case of Bankruptcy – Flower Thrower Golden Bouquet” a satire of society? What is the message of the work?

The series In Case of Bankruptcy is not so much a satire but rather a kind of observation on the art market and its sales records. In fact, it’s something I find fascinating. There are even works of art that are priceless to me. Some of the works in this series have ended up with collectors who have original paintings by the artists I refer to. They have this extra piece as a nod to the value of their collection, and the health of their finances! In the case of this particular piece, it also refers to the theft and resale of street art, as has happened to many of Banksy’s works in recent years. And in this case, it’s treated in a satirical way.

Could you tell us more about your involvement with AMREF?

I got to know AMREF and its commitment thanks to Baptiste Ozenne who suggested I participate by donating a work of mine in 2019. It generated a nice record for one of my works, and I’m very happy that it happened in that context and that it could serve such a good cause. It really made me realise the power of artistic creation. In my opinion, it is also the role of artists to help, to contribute with their talent.

Since street art was born in the street and takes over public space, often against institutions and powers, it is historically considered as an activist art. Do you agree with this statement?

For me, all art is committed. Many art forms are born in contradiction with previous ones or echo the society of their time. Today, I don’t necessarily think that urban art is a critique of our society but rather that it is part of it. After that, it also depends on the context, there are places where the simple act of writing a message on a wall is an act of rebellion. I identify with this movement overall as an art lover. As an artist, I would say that I use the codes and techniques.

In Conversation With KOUKA NTADI 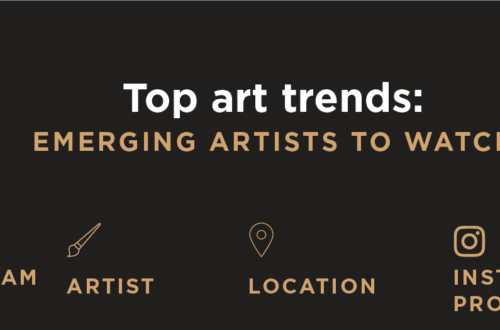 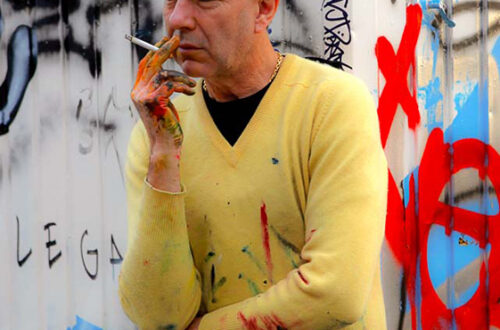 A Conversation with Thomas Dellert 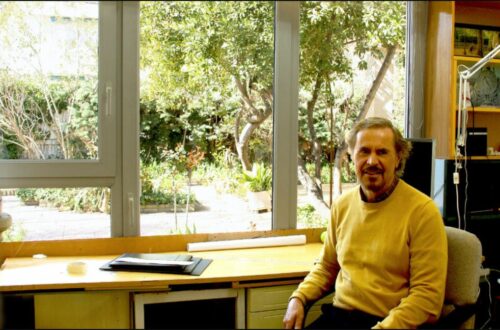