Singulart Magazine > Spotlight on... > Artists > 5 Trending Artworks this May

You don’t want to miss out on the most captivating pieces on SINGULART. We are proud to present SINGULART’s 5 top trending artworks. These unique pieces gained a lot of traction with our collectors, were part of exhibitions or are our artists’ projects that you definitely should not miss. Let’s have a look together on our 5 trending artworks this May.

The artworks of British artist Matthew Mifsud are deeply rooted in the visual language of architecture and geometrical forms. Stylistically inspired by cubism and suprematism, in his new series “The Portraits,” he translated the human face into a geometrical language. The artwork, “Self Portrait,” is the first one of this new project. The heavy brush strokes enhance the visual experience by rendering the geometric forms more organic. But the artist doesn’t stop here: This piece is part of his augmented reality series. The artist translates the painting into a 3-D mixed reality space. This allows him to literally create more meaning behind the painting and allows the viewer to experience more. In this case, when you explore the AR experience you see visions of the artist, hear sound effects, and enjoy other subtle movements that bring this painting to life.

American street photographer Joseph Cela is based in New York and is always on the hunt for the perfect shot, or what he calls “frame-able-moments.” His portfolio illustrates a contemporary urban identity and captures street art as well as people in their daily lives. The photo “Dreamscape NYC” might seem like a photo montage at first glance: The woman’s head blended into the relief of a city. In fact, the buildings are a reflection in a window that shows the poster of a woman. The artist was wandering the streets of NYC and discovered this unique shot. Without an artificial photo montage, in this frame, the cityscape is merging with the faces of its residents.

Sol Kjøk was born in Norway, but now lives and works in Brooklyn, New York. Working out of her studio “Last Frontier NYC”, Sol also runs the nearby arts collective “Mothership NYC”, which she founded in 2005. Out of this first initiative sprang NOoSPHERE Arts, an artist-ed nonprofit organization that will host multiple rooftop events this summer. Her series “Spiraling Smoke” is exploring the limits of the physical body – the artist’s body, but also the bodies of her friends. In her Brooklyn studio, equipped with acrobatic ropes and aerialist gear, she creates these dream-like assemblages of figures in motion – almost reminding us of preparatory sketches exploring the human body. Her artwork “Spiral Smoke 11” is not a scenario that originated as a mental construct; it derives from wordless places such as nightly visions, meditation, and other states of altered consciousness.

The artworks of American artist LeClosier were exhibited nationally as well as in France and are clearly influenced by the Pop Art movement. In the early 2000s he painted the streets of the Parisian district Montparnasse, where SINGULART’s headquarters are located. Using famous personalities and iconic portraits as part of the collective visual memory, his series of 3D prints, like the work “Bowie & Bowie,” combine two to three of his artworks, originally painted on canvas, in one lavish print showing one or multiple images depending on the location of the viewer. By combining a manyfold visual imagery of pop culture in only one work, the artist is addressing the core idea of the Pop Art movement.

You Wish You Were Here (2021), Kamile Lukrecija Lukosiute

Lithuanian painter and young talent Kamile Lukrecija Lukosiute is always striving to improve her art. What might seem as simple phrases on canvas is actually a long process of her finding her own voice, not just as an artist, but also a young human being in this world full of social and political tensions. Works like “You Wish” are Kamile’s own way of stressing the importance of not only talent, but also the courage of producing art and using one’s own voice. Initially inspired by Pink Floyd’s song “Wish You Were Here,” she turned the lyrics into a bold message and an ode to the artist’s own courage to continuously create art and speak her mind.

Visit SINGULART to not miss out on the latest artworks our artists added to their portfolio.

In Conversation with Pierre Van Dijk 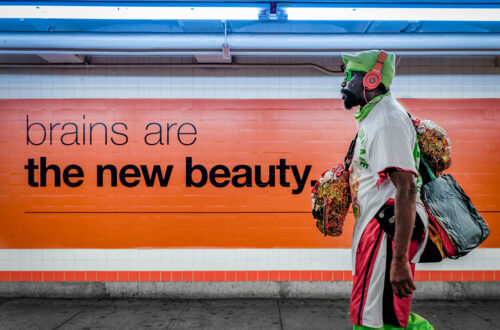 HOW TO INVEST IN PHOTOGRAPHY 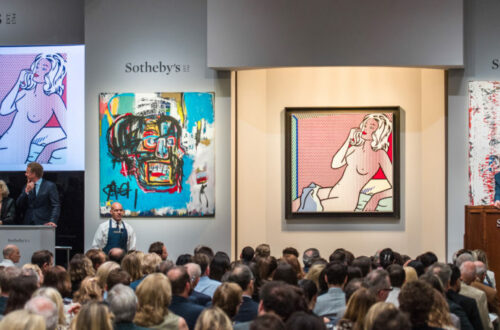 How does an art auction work? 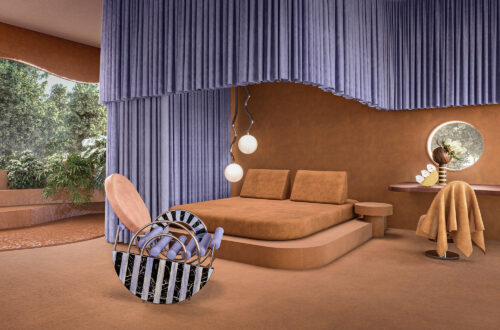 How to Create a Unique Interior