Emerging on the streets in the 1970s, graffiti started off as a way for disassociated youths to express themselves, but it was seen by many as an act of vandalism. Over the years, graffiti became seen as an art form, with street art now revalent wherever you go, with many cities offering tours, and Instagrammers using murals as backdrops.

We pulled through hashtag and engagement data from Linkfluence to discover the street art hotspots, according to social media.

Unsurprisingly, the street art hotspot capital of the U.S. is New York, which has loads of hidden gems to discover. However, if you’re short on time and want to visit a couple of highlights, head over to the Upper West Side where you can see Banksy’s ‘Hammer Boy’ (preserved behind plexiglass); or head north of Manhattan to the Bronx, where you can visit the Wall of Fame, featuring the designs of hundreds of artists over the years.

In second place is creative hub, Chicago. If you’re on the lookout for new urban art, you’ll have to be quick, as the Chicago Department of Streets and Sanitisation is pretty on it in terms of cleaning it up; but if you only have time to visit one place, then make it Wabash. Over 40,000 square feet of walls are covered in graffiti, with some of the street murals spanning the grand heights of 12 storeys.

A hipster haven, it makes sense that Portland would be high up on our street art hotspot list. Once you’ve visited the iconic ‘Keep Portland Weird’ sign (which, by the way, is a copy of Austin’s), head to the ‘Art fills the void’ mural on SE 12 th & Division Street, which is one of the oldest murals in the city; or take a walk around the Alberta arts district to see the brightly colored designs.

In fourth place is the northern Californian city of San Francisco, which is unsurprising, given the sheer amount of beautiful artwork you stumble across when roaming the streets. Some of the best pieces can be found in the Mission District, where a lot of art is created for the purpose of telling a story – Clarion Alley has some particularly brightly colored pieces, some of which date back to 1992; and the Women’s Building on 18th street celebrates all the strong women throughout history.

Another place that’s sure to spring to mind when thinking of achingly cool art murals is Austin, with its street art just as wonderfully iconic as the people that live there. Some of the most well-known pieces include the ‘Hi, How Are You’ mural by Daniel Johnston on Guadalupe and 21st, and ‘You’re My Butter Half’ by Creative Suitcase on 2,000 E MLK Jr
Blvd.

On a par with Austin is the second Californian city to be featured on this list. Liberty Station is a hub for food, shopping and street art, with Victor Ving sprucing up a pump house by designing a vintage-style postcard. Other murals to uncover during your time in San Diego are ‘Seawalls: Mural for Oceans’, which was designed in 2016 with the aim of “taking the oceans to the street”, and ‘Colossus’, which was painted in 1975, and can be found in Chicano Park.

If you want some Instagrammable street art content, Washington D.C. might not be the first place that springs to mind, but there are so many murals to discover and pose in front of! Start off by visiting the ‘Neptune’ mural in Bloomingdale, which was designed by Jeff Huntington and Juan Pineda; before admiring the bright artwork by Columbia Heights metro station, and ‘The Hill We Climb’ mural, painted by Kaliq Crosby in Dupont Circle.

If you’re searching for street art in Boston, make a beeline to Roxbury, which was the site of the original graffiti movement in the 1970s. The ‘Faces of Dudley’ mural depicts people who come from the area, including Malcolm X, whereas ‘The Lab’ murals by the O’Bryant School of Mathematics and Science depicts a large white tiger, with black stripes that feature several graffiti writers’ names.

One of the best places to discover street art here, is in Downtown LA – specifically the arts district, which is right by Little Tokyo. Collette Miller’s ‘Angel Wings’ is probably the most well-known, but the ‘Pope of Broadway’ is equally as impressive. Other unmissable LA street art lies in Venice Beach, where designs are particularly colorful – including the ‘Morning Shot’, which features a larger-than-life Jim Morrison.

Uptown Charlotte is well-known for its creative scene, making it a key street art hotspot in the US. A walk around the area will uncover some of the most iconic pieces, as well as plenty of hidden gems, such as the ‘Queen City’ mural on 105 E. 5th Street, designed by Matt Hooker and Matt Moore, the ‘UNCC Tragedy Memorial’ by John Hairston Jr. and Mike Wirth, by Discovery Place Science; and the ‘Boat and Balloon’ mural by McMonster.

This small Michigan town may not be the first place that springs to mind when you think of achingly cool street art hotspots, but it’s certainly earned its place on our list. Graffiti Alley, located on East Liberty Street, is one of the first places to head to. Back in 1999, Katherine Tombeau was the first ever artist to be commissioned by the city to paint the alley; but just a few weeks later, it was defaced, and then painted over entirely, but is now used as a place for artists to share their designs.

Rounding off our street art hotspots is honky-tonk Nashville, which – whilst better known as being the capital of country music, actually has a lot of decent street art. The Downtown core has plenty of street art waiting to be discovered, including the Beau Stanton ‘Nashville Rivive’ mural, and Niels Meulman’s ‘Calligraphy’ mural. After that, head to the Gulch district, where you’ll discover the ‘Nashville Wings’ on 230 11 th Ave S., as well as several cute little Lego-inspired murals.

With hidden gems virtually everywhere you head, every city in the US has lots of beautiful and surprising artwork to discover – and you can even bring the vibrant color and design of street art painting into your home. Alternatively, you can find some nature painting, or abstract painting and for tips and insights into the art world, check out the rest of our blog. 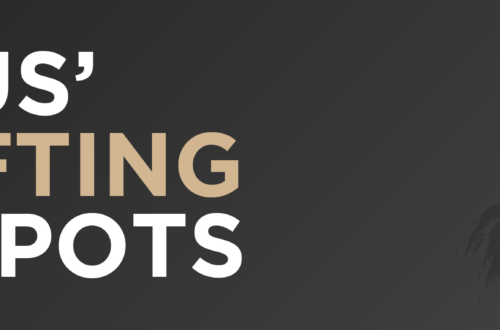 Top 10 thrifting hotspots of the USA 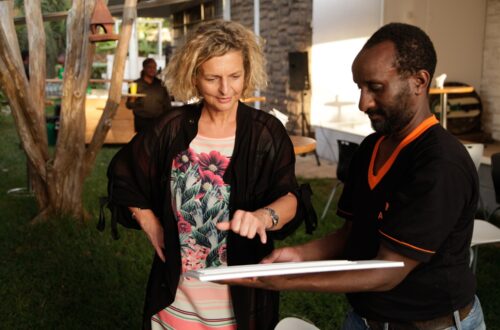 The Nairobi Art Scene with the Circle Art Agency 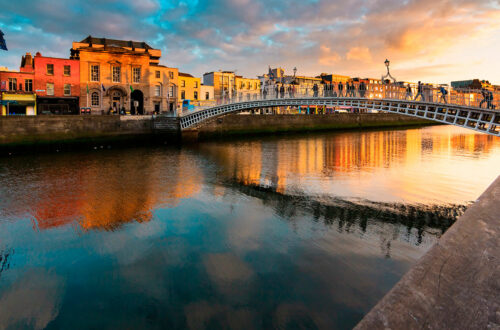