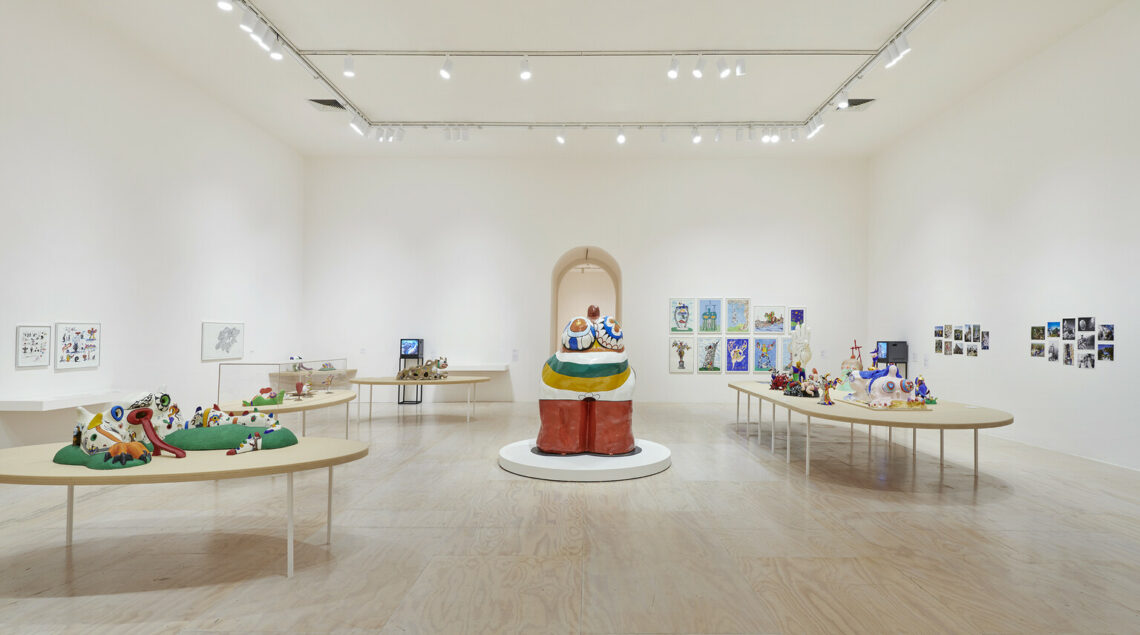 ‘I was brought up on fairy tales’ echoes the voice of French-American artist Niki de Saint Phalle as you wander between the rooms of her first major US exhibition Niki de Saint Phalle: Structures for Life. This exhibition, taking place at MOMA until September 6th, aims to engage with this convention-breaking artist’s interdisciplinary approach to her art, as well as her life-long social activism. Nevertheless, the fairytale nature of Saint Phalle’s life and works press upon the audience from the exhibition’s very start.

It is not the fairytales that we know today, made popular by idealized children’s films, from which Saint Phalle draws her inspiration. Rather, it is the sinister and sordid undercurrents of the original fairytales, reawakened in popular culture by writers, such as Angel Carter, who maintain the inclusion of taboo topics and shocking turn of events that resonates with Saint Phalle.

Like many of these heroes and heroines, Saint Phalle’s own upbringing was far from idyllic. Aged 11, her father raped her repeatedly. This betrayal was made all the more painful to Saint Phalle since it was his democratic and anti-racist views that had inspired her interest in social justice since childhood.

Eventually, through her art, Saint Phalle began to heal. For Saint Phalle, creation became not just an act of therapy, but a means of reclaiming her body and self worth. Moreover, it instigated her engagement with the feminist movement, which shaped the rest of her career and life. Her art was first and foremost a feminist act of defiance. A reclamation of space and identify not simply for herself, but for all women.

In many of Saint Phalle’ artworks, the body is the space of this battle. For example, her famous Nanas, gargantuan sculptures of small headed, rotund female figures, are the literal enlargement of Saint Phalle’s personal experiences and philosophical questioning. The Nanas are at once ultra-feminine in their curvature, yet their size creates a sense of terror and hints at the grotesque, as Saint Phalle undermines, and in turn weaponizes, the societal pressure for women not to take up too much space.

The Nanas also embody the opposition and duality that surrounds Saint Phalle’s work. They are balloon like, yet leaden; powerful, yet some of which are painted so delicately with watercolors that they require gently hand-dusting every three weeks; and they seem forever on the verge of bursting with childish gaiety, yet act as persistent reminder of trauma and tragedy.

Into the MOMA Exhibition

From the very first room in this exhibition we are reminded of this duality through the mixed responses that Saint Phalle’s artworks receive. As though to highlight, and in turn satirize, the rejection of her work by some critics as naïve or overly garish, placed at the beginning of the exhibition are photographs of smiling children, gambling about and enjoying the tongue-shaped slides of Saint Phalle’s Golem playground in Jerusalem, built in 1972. Alongside this display of glee, are newspaper clippings lambasting Saint Phalle’s monstrous sculptures, suggesting that they might have the unintended side affect of promoting aggressive behavior amongst children.

And yet this exhibition, which showcases over 200 of Saint Phalle’s artworks, has been criticized for only playing lip service to the complex agenda of her works. In her own review for the London Review of Books, Lidija Haas comments upon the ‘stiffness’ felt in the exhibition’s curation, which, she writes,

‘may be a result of the curators’ desire to showcase her less well-known but more ambitious projects over the beloved Nanas, and to dispel the impression of an artist too upbeat, too accessible, too feminine to be taken seriously. But it was never sunniness or girliness that made Saint Phalle so compelling. Her work conveys a curiosity about violent impulses, including her own, and a willingness to play with them.’

In choosing to exhibit Saint Phalle’s smaller artworks, as well as archival and political material, an unfortunate reduction takes place. On a literal level, the largesse of her works cannot be encompassed in one exhibition. Thereby, the physical fear induced by the size of her sculptures no longer occurs. Moreover, by focusing on her sloganistic drawings, over her more famous, but more importantly, more emotionally and philosophically loaded artworks, such as the Nanas, Saint Phalle’s presentation becomes simplified. She is cast as the heroine of the fairytale, fighting the monster of social injustice, rather than becoming monstrous in any way herself.

However, Saint Phalle herself never donned this identity. As her voiceover states, she preferred to align herself with the ‘fool’, the speaker of truth through farce. Only by recognizing her within this role, and appreciating her artworks in their intended settings can we truly appreciate that that the darker, more perverse aspects of her works do not negate their otherwise vibrant and joyful manifestation. Rather her gravitas as an artist and her more meaningful social commentary originates from the silent tension between the opposite ideologies which are held together in her works in a perfect yet uncomfortable balance.

Despite her death in 2002, the sensuality, quirkiness and depth of her works continue to be a great source of inspiration to contemporary artists. Whilst Saint Phalle’s globally executed works and rare exhibitions may not be accessible to all, many of our artists at SINGULART have chosen to emulate Saint Phalle’s style and incorporate her images into their own unique artworks.

See here a small selection of artworks inspired by Niki de Saint Phalle, available to add to your collection today: 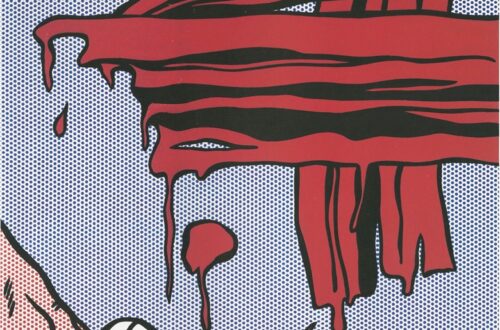 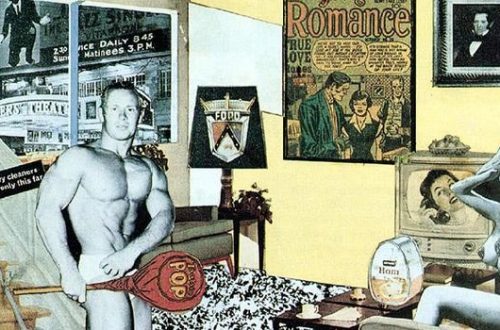