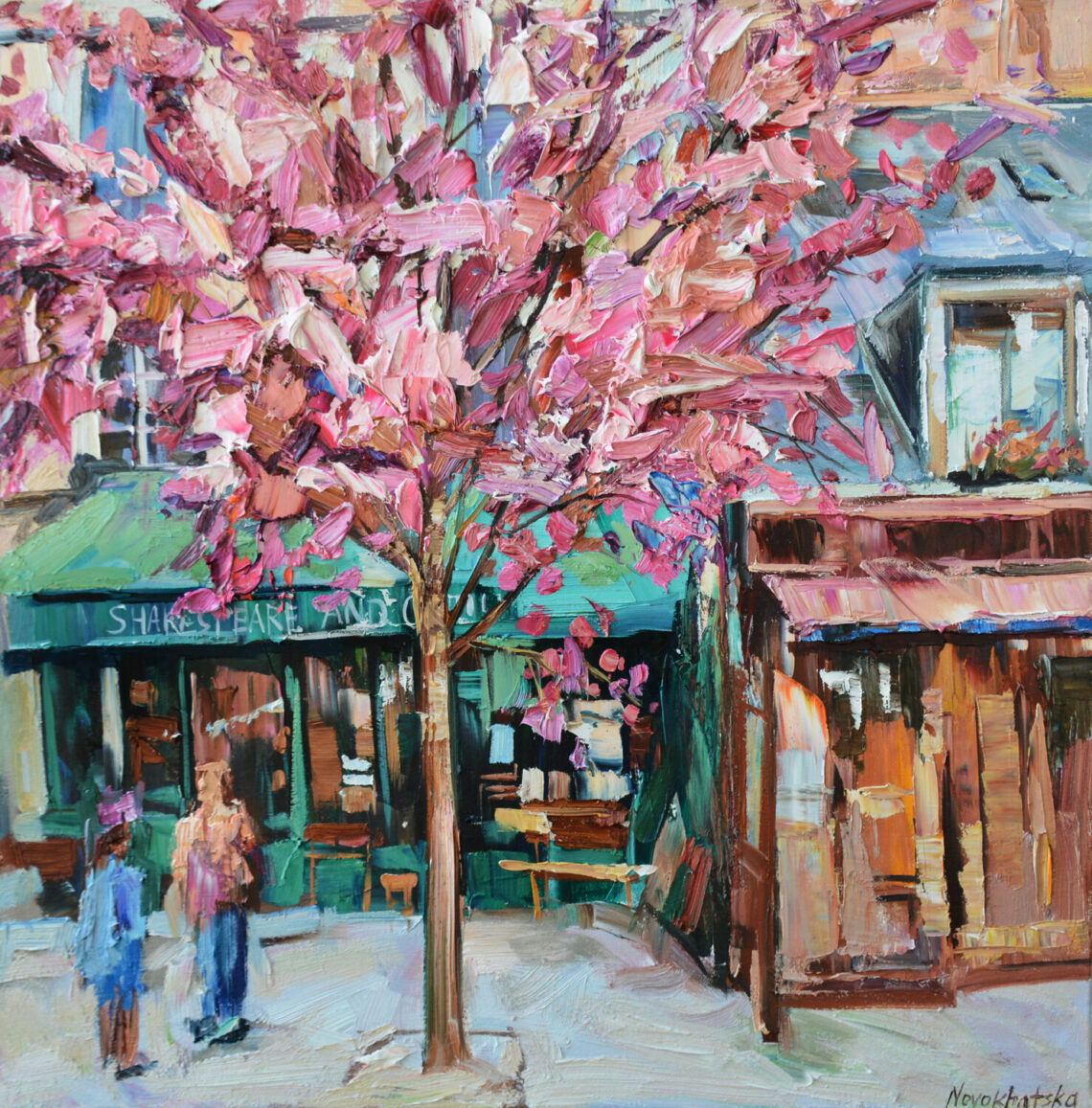 To this day, Paris, with its emblematic cityscape and flourishing art scene, has promised burgeoning artists both native and foreign an endless source of inspiration.

Since the mid-late 19th century, people have flooded to Paris to enjoy and exploit the vibrant modernity and cultural life that the city had to offer. Carried into the capital by France’s new and improved railroads, Paris’ new Hausmannian architecture, electric lighting and (most importantly) bustling atmosphere was an attraction to many artists hoping to capture the modern age in their artworks.

Whilst we often hear of the famed French artists from this era, namely the Impressionist painters like Monet, Renoir and Toulouse-Lautrec, within Paris’s embrace, many foregin artists also made a name for themselves. Using modernity as an equalizer, like never before, foreign artists were able to capture life in Paris and even identify as Parisian thanks to the shared experience of this new age.

Whether attracted to Bohemian Montmartre or the establishments of the Academie des Beaux-Arts, we’ve compiled a list of 10 famous artists whose works have become synonymous with Parisian life.

In 1973 Dutch artist Vincent Van Gogh settled in the Paris’ Montmartre neighborhood. In Paris, Vincent struck up friendships with the Impressionist painters, including Toulouse-Lautrec, Signac and Gaugin. Although Van Gogh enjoyed Paris at first, he soon found urban life too stressful, and after only two years in the city, relocated to Arles in the south of France. Nevertheless, during his time in Paris Van Gogh made a name for himself in the art world by organizing exhibitions and building an art collection with his brother Theo, a successful art dealer. Van Gogh’s Paris works are marked by their use of bright and luminous colors.

American artist Sargent is known for his study under painter Carolus-Duran, a leading portraitist during France’s Third Republic. It was in Paris that Sargent learnt how to paint with immediacy. From 1877, Sargent successfully submitted to several Paris Salons. A huge admirer of Monet, whom he had met in Paris in 1876, his sun-drenched canvases of the late 1870s capture his mentor’s love of painting en plein air. His works also make reference to Velázquez, Titian,  Édouard Manet and Japanese prints.

Edvard Munch arrived in Paris from Norway in 1885. Under the tutelage of French painter Léon Bonnat, he refined his craft. Munch was enthralled by the modernity of European art, and was greatly inspired by three notable artists: Gauguin, Van Gogh, and Toulouse-Lautrec—whose use of color to convey emotion became a signature style of Munch.

Ramón Casas showed his artistic genius from a young age. Moving from Spain to Paris aged to also study under Carolus-Duran, it only took two years for his work to be accepted into the Salon. However Casas did not find it easy to integrate into the circle of Montmartre artists. His perspective as an outsider is captured in his paintings of Paris which often depict the Impressionist’s favorite social spots from a distant perspective.

One of the 20th century’s greatest painters, Picasso was born in Malaga but made the bohemian Paris his home. Picasso was inspired by Toulouse-raw Lautrec’s nighttime scenes and was quickly enthralled by the paintings of Degas, Van Gogh, and, most all, Cézanne, whose works inspired Picasso’s move into Cubism. Picasso never moved back to Spain and is credited for pushing the French art scene to never before, nor since, reached heights.

Ukrainian artist Sonia Delaunay landed in Paris in 1905 after attending art school in Germany. Through her first husband (a marriage of convenience), Sonia Delaunay met her second husband and lifelong collaborator, Robert Delaunay. In 1912 Sonia and Robert co-created Orphism, an art movement concerned with abstraction, geometricism and intense color, born from a blend of Cubism and Fauvism. In honor of her groundbreaking multi-disciplinary style, in 1964 the Louvre presented the first retrospective of a live female artist in her name.

After Marc Chagall moved to Paris from Russia in 1910, his paintings quickly came to reflect the latest avant-garde styles. Friends with Sonia and Robert Delauney, in these three artists’ work the Eiffel Tower, frequently appeared, serving as a metaphor for Paris and modernity itself. Although deeply rooted in Paris, Chagall was, thanks to is artistic acclaim, extricated from Nazi occupied France by the American governement, and temporarily resettled in New York before returning to Paris in 1948, where he remained until his death.

Marie Vorobieff, or Marevna, was one of (if not the) first female Cubists. She came to Paris from Russia in 1912, moving into an artists’ residence near Montparnasse (Paris Left-Bank art scene). During her artistic career. Vorobieff rubbed shoulders with  pretty much every big name in 20th-century art and her work accordingly shows multiple influences. By combining elements of Cubism and Pointillism with the golden ratio, Vorobieff’s work became famed and can be admired in the Guggenheim in New York to this day.

from the Swiss-Italian border. He moved to Paris in 1922 to study at the Académie de la Grande-Chaumière, where he took lectures under sculptor Antoine Bourdelle. Nude drawings allude to this apprenticeship as well as the influence of Jacques Lipchitz and Fernand Léger, as do his early Cubist sculptures. In 1931, Giacometti became a member of André Breton’s Surrealist movement, where he quickly established himself as one of the group’s most promising sculptors.

Salvador Dali moved to Paris in 1926, when he was only 22 years old. It was here that Dali met Gala, his constant muse and love of his life, whose efforts promoting his artworks can be credited for Dali’s success. Whilst in Paris, Dali was invited into Picasso’s group of Surrealist artists who met monthly in the Montparnasse district. Dali made such an influence on Paris that there are still locations named after him to visit while in the city.

Discover our collection inspired by the classical Parisian style

Interview with David Ko, the interior designer behind the trendy studio Maison Ko 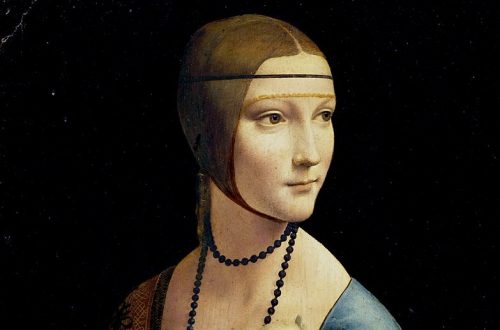 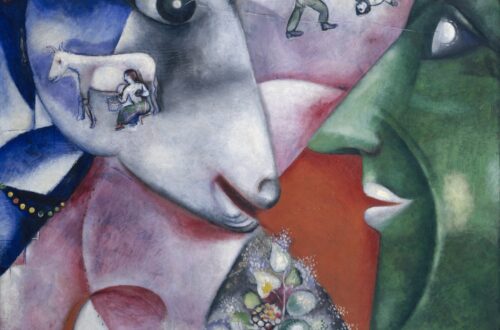 I and the Village (1911): Marc Chagall’s Early Work and Life