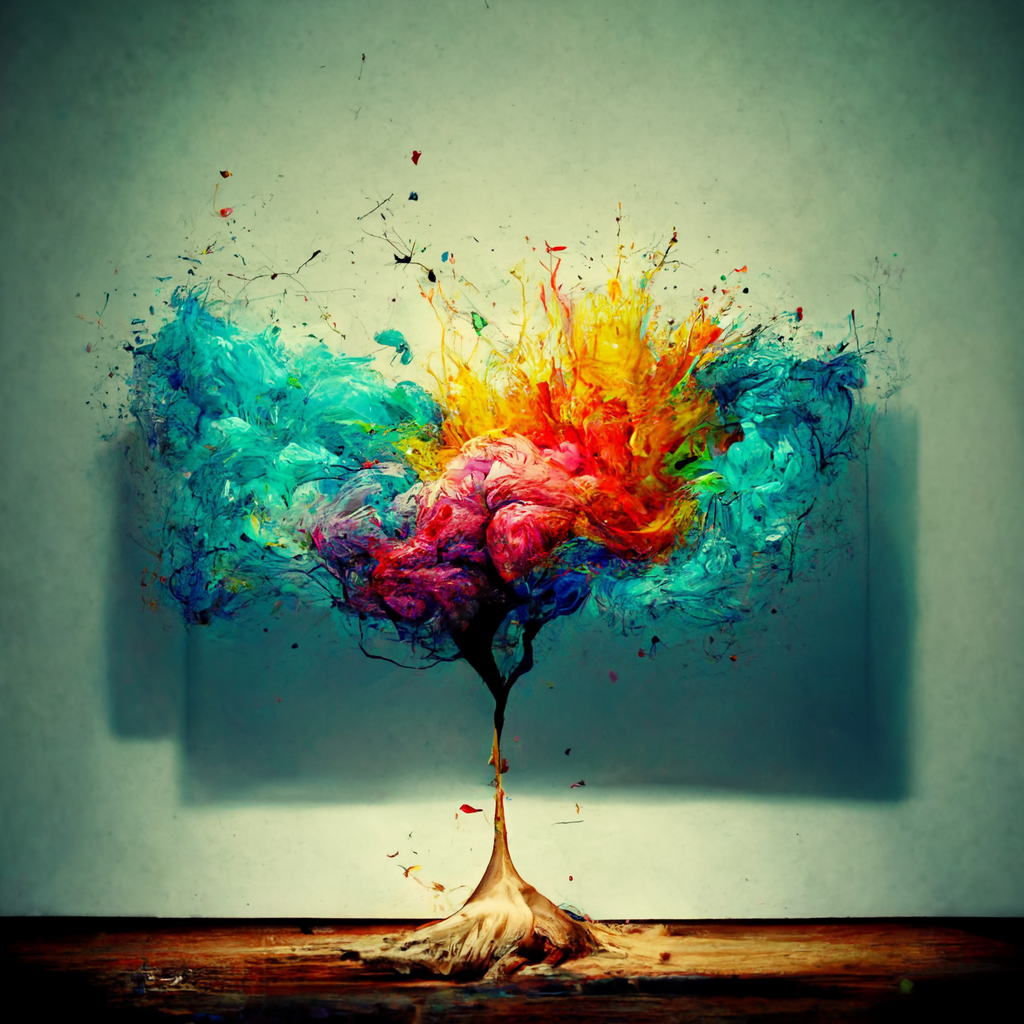 AI (artificial intelligence) has been increasing in popularity over the years, and is now worth more than $136 billion worldwide – with its value expected to increase by more than 13 times over the next eight years.

Artificial intelligence enables machines to perform tasks that humans can do, by learning from experience and processing huge amounts of data. From playing chess, to driving cars, and even creating art, AI means machines can learn how to perform simple day-to-day tasks that we take for granted.

With creativity being so subjective, we wanted to see if AI really could draw art. So, by using simple prompts, we asked three different AI tools (Midjourney, Stable Diffusion, and Dall-E) what creativity looks like, with varying results; before speaking to Ellen Stone, founder and CEO of Public Offerings, to decode the drawings…

Dall-E is living up to its eponymous surrealist roots here. At first glance, you’re looking at a pop-art surrealist fusion, producing a design that’s immediately difficult to link to the concept of creativity. There’s nature, blue skies, and a sense of freedom – both in style and content. Looking representationally, it’s a little difficult to read – is that a glove? A bird? How does it link with a parasol? But in its childlike 2D representation, there’s a sense of joy.

Midjourney’s image immediately feels like a more literal response to the prompt. You could show this piece of AI creativity to any viewer, and they would be able to, at least in part, predict that it’s an attempt to visualize art and creativity as a concept.

Interestingly, the nod to nature and growth is within an interior space, suggesting a psychological interiority to the creative process, rather than something existing within the external natural world. There appears to be a tree growing from the floorboards, bursting into life with paint. The dark shadows cast on the wall are not from the creative process itself, but rather from an imagined box or canvas, a constraint that the freeform creativity is in opposition to.

Natural and yet un-natural, tangible and yet ethereal, Stable Diffusion’s piece is somewhat of an artistic enigma. Creativity, here, sits in a form of dreamscape, almost supernatural; it’s not representational, but an abstract textural sphere.

Its use of light source is also interesting. The object exists in 3D, and in its own reality. With an apparent nod to Giger’s natural vs technological forms, here, creativity is a being with a physicality, rather than an internal emotive respons

AI draws “life with no creativity”

Dall-E understood that a removal of creativity would drain the color and life out of imagery. The dullness of the color palate acts in direct opposition to its other representation of a creative world. The lines are organic but abstract, in some ways suggesting geographical or topographical coastal forms, even though the work itself is undeniably flat. There’s something bodily about the grey bean-like shape; which almost looks as though it’s an undeveloped fetus, which suggests the idea of creating life itself has been lost in a world without expression.

Midjourney appears to be looking at a singular life with no creativity. There’s a feminine form dressed in blue – a color used to indicate sadness and depression. She’s isolated from the brighter world, made up of reds and yellows, suggesting a life and exteriority that she can’t live in. It’s an image that represents loss and loneliness, the inference being without creativity, there is a lack of joy.

The first thing that’s apparent with the AI-generated art from Stable Diffusion, is its response. The introduction of a blurred boundary between the apparent cartoon-like subject and the viewer, raises questions surrounding creativity as a subjective experience. It suggests, if we have no personal creativity, does that obscure us from seeing and appreciating others’ artistic visions?

With both Midjourney and Dall-E, there’s a distinct individual loss of creativity, a singular person’s life which misses it. However, with Stable Diffusion, the concept could be broader.

AI draws “How does creativity make us feel?”

Dall-E leans into a form of abstract figurative, with the “us” being represented by a female form, turned away from the viewer, engaged in the act of creativity. There’s a literalness of feelings being related to a human experience of creating, of painting, and of making music.

The juxtaposition of the rigid, almost sculptural human form against the bright expressiveness of the mind shows a form of interior representation here from Midjourney. Creativity and feeling are both understood to be a personal experience, one which elicits literal love and passions within the self. The freedom of bright colors against a cold blue and black of the masculine body suggests an internal life which creativity feeds. Stylistically, there are nods to urban art, but ultimately this is a piece which is an exploration of texture. Its expression is focused on the structured (tangible) against the unrestrained (the intangible).

‘Contextually vague’ is one way to describe Stable Diffusion’s take on how creativity feels. The piece is a mixture of styles and colors, with chalk-like bubbles, photorealistic lightbulb stem, and a metallic form, there is little to hold onto. There’s no safety for the viewer. However, it does suggest a transfer of energy, and there’s a sense of movement; the breaking of a lightbulb indicating an explosion of thoughts, going beyond normal thought patterns, or smashing into new ideas.

Midjourney’s AI creativity has shone through

Ultimately, we found that Midjourney was more intelligent than the rest of the AI tools we used, creating images that seemed to understand our briefs better.

With regards to Midjourney’s masterpiece on “the creative process”, it embodies an array of creative tropes to produce an abstract yet illustrative piece. A colder and more isolated feeling is elicited from this artwork when compared with Midjourney’s previous pieces, although the color palates remain the same.

Seemingly composed of what looks like origami paper, the shadows form a contrast between dark and light within the folds of the 3D material. The abstracted human figure is positioned at the summit of a mountain as if united or in harmony with it, whilst also remaining anonymous and isolated.

Additionally, there’s an eerie, supernatural, and reclusive atmosphere within this work, suggesting a sense of entering the unknown, a notion that the creative process is historically aligned with. The red cloaked figure, stalked by some mysterious form, looks to Little Red Riding Hood and daring to walk a path less trodden.

When looking at “music with no creativity”, whilst the statement suggests an inherent contradiction, Midjourney’s AI-generated art has offered an abstract, and somewhat chaotic response. The muddy reds could be a Turner-esque scene, with the blues and blacks being more visually aligned to the abstract expressionism of Joan Mitchell.

Squint and you can almost see an aquatic scene, a figure playing into the void, with their back facing away from a seemingly human body and boat. In the end, perhaps to understand “music with no creativity”, we should read it as a work of emotive color, designed to evoke an emotional response, rather than a literal reading to the prompt.

Midjourney’s “art with no creativity” piece is very textural, and looks like a photograph of a piece of sculpture. One of its more engaging elements comes from the shadows which fall within the image, as though we, or some other imagined viewer, are active within the piece – looking, but not touching.

Finally, when looking at the piece defined as “how art makes us feel”, the colors suggest an association with vibrant primary colors as being inherently creative, and therefore a lack of color being fundamentally uninspired. Creativity is placed as red, orange and yellow. Using color theory, these would be representations of passion, love and vitality.

In this work, however, there does seem to be a sense of sadness. There’s an abstracted form, somewhat human, and with the placements of the blues in the face and the downwards paint drips, they appear to almost be crying. This suggests a fundamental understanding of feelings, but perhaps the mis-association of feelings as always being negative. Ultimately, there’s none of the vibrancy and life of “what is creativity?” here.

So, does AI have the capability to be creative? There’s no denying they can draw their own images once they’ve been prompted, but with creativity being so subjective, it’s ultimately down to each individual to decide whether or not AI-generated art is for them.

Prefer wall art created by real humans? You’ve come to the right place. We have a range of paintings and photography from the most talented of artists, covering fine art and abstract paintings, through to nature, and black and white photography.

How to Decorate Your Living Room with David Ko 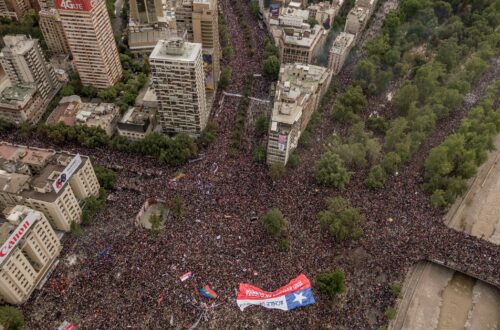 Artists and Musicians are Speaking Out in Chilean Protests 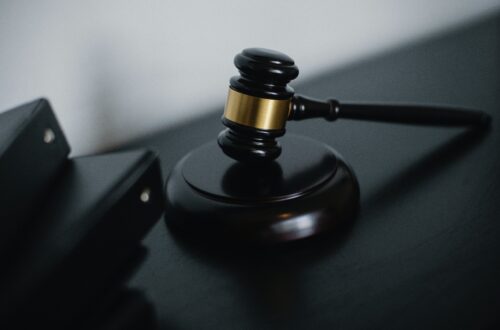