We had the pleasure of interviewing SINGULART artist, Paulina Wong, and talked about her background, inspirations, and process of her abstract paintings.

Tell us about yourself!

I consider myself a social worker and a painter. I was born and raised in Hong Kong. In my early school days, my mom saw my interest in art and sent me to different art classes organized by local, traditional Chinese artists and Western artists. This was when I began drawing and painting, but I followed a traditional path later. I had a mainstream education and received a B.A degree in Social Work and was a social worker in the government for 20 years.

In the 1990s, my family and I immigrated to the United States. It was, of course, a big deal for me, but being in a foreign land, I could have a fresh start. So I returned to school at the University of California Irvine to do a degree in Fine Arts which opened up my visual horizons, exposing me to contemporary art. With that, I began experimenting, coming up with new ideas, and exploring different styles, and I enjoyed it. After I graduated, I dedicated myself wholeheartedly to making art.

By 2000, my children began attending college, so I moved back to Hong Kong. I converted my mother’s old apartment into my studio and was involved in group and solo exhibitions. Since then, I’ve continued to live in Hong Kong and work as an artist.

How would you describe the type of work you make?

I make abstract paintings, but to further extend this, sometimes it is conceptual, and other times it is instinctual. In most of my paintings, you can see abstract, geometrical forms, sharp lines, and a limited color palette. However, the ideas behind the works are more important to me.

Who or what is your source of inspiration?

My inspiration is actually from my surroundings and everyday life in a busy city. For instance, each day, I commute from home to my workspace, where I both walk and take a bus; I scan images, hear the noises, and listen to what people say. Within my geometrical work, I gather these forms I find from the negative spaces between high-rise buildings or the scaffolding on construction sites.

Sometimes I take pictures, sometimes I don’t, but if it’s still in my mind after a few days, I start working on that inspiration.

Do you have any artists whose work you admire?

One of my favorite contemporary artists is Jasper Johns. I like his ideas, his images, and the way he can transform something familiar into the unfamiliar, which makes you question it. His work is also very rich in texture and color.

What’s the most rewarding material to work with?

I’m a diehard oil painter.I love working with oil because I love color and the interaction of color. There’s a translucency with this type of paint, but don’t get me started because I could talk about this all day!

What is your creative process like from the beginning of an idea to the completion of a painting?

I have a series called “Eclipse, Ellipse, Ellipses” that can clearly explain this. As I get my inspiration from my surroundings, for this series in particular, I found an alley one day that had many, many pebbles. I looked at them and then forgot about it. Then one day, I was looking through an art book and was attracted to this sculpture of an oval-shaped tree, and the tree top was interlaced with pebble-like structures.

So I went back to find the pebbles again. I began counting them, and the idea of numbers came to my mind. From there, I decided to create a painting that was limited in the number of pebbles, and I experimented with the size, perspective, and composition.

Of course, I also have to consider color, and for this particular series, I chose to work with black and white in response to the gray pebbles. I also wanted to make shapes and numbers stand out, so the white background and black shapes helped me achieve this. When I finished making the twelve, I laid them on the ground, looked at them, and they reminded me of Chinese ink paintings. So I asked myself, “Why don’t I make a series of ink on rice paper?” and did that with big brushes filled with ink to duplicate the images I initially made. It was very much a technique of Chinese painting that I liked a lot. I didn’t necessarily want to compare the two series, but I see them as an Eastern and Western approach.

Finally, I have to come up with a title, which I usually do at the end. For “ Eclipse, Ellipse, Ellipses,” I chose this title from the shape of the pebbles, Ellipse, the number of them within the painting, roughly three, which could signify ellipses, and their clusterings like a celestial body of planets, eclipse. I love the title and feel like it ties the whole series together.

What are you working on right now?

I set a goal for myself to make a series of twelve paintings each year, so right now, I’m working on my “Rebirth” series, which is based on the stories of the political change here, in Hong Kong, in 2019 and how many people have immigrated to other countries.

Thank you so much, Paulina Wong! To see more of her paintings, be sure to visit her SINGULART Profile.

The street art hotspots of the US revealed (2022) 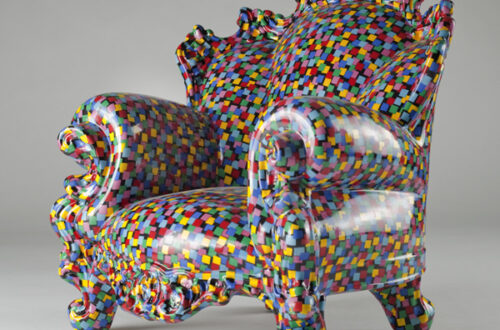 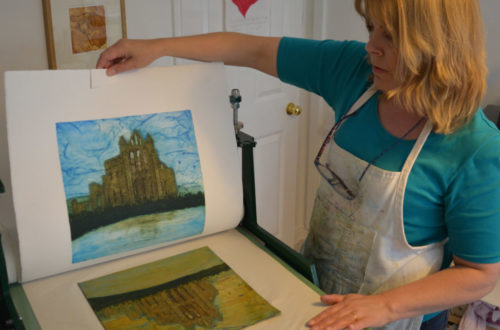 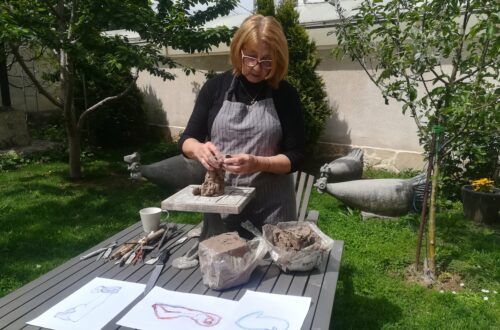