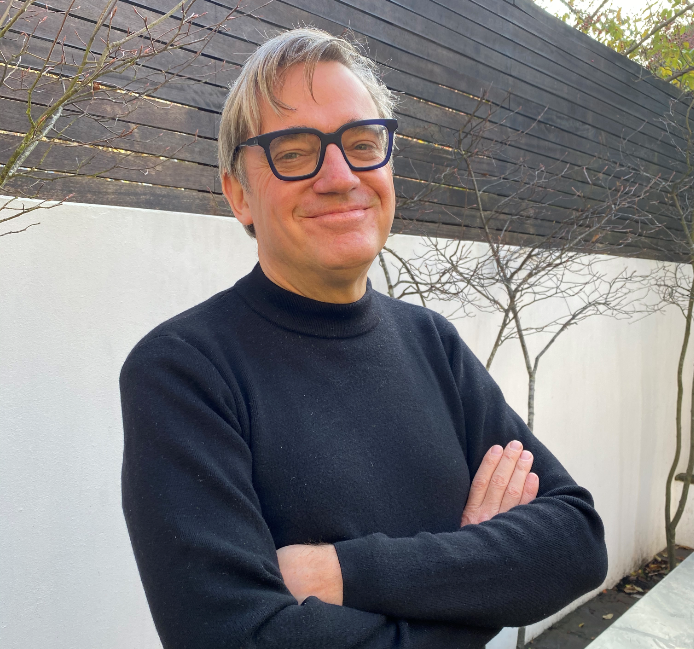 This week, we interviewed Phillip Blond, British Art Dealer and Gallery Director of Blond Contemporary. In this article, we explore Phillip’s career in the art world, his insights into collecting and curation, as well as the role of the online art market today. Singulart is delighted about the upcoming event partnership with Blond Contemporary in December 2020!

Can you tell us about your background in the arts, and how you became a gallery director?

It all started many years ago, my family ran an Art Gallery in London called Blond Fine Art. It was very innovative for its time, showing among other things the first British exhibition of Paula Rego’s work. I grew up with real art on the walls, mainly British Modernism, so I’ve retained a huge affection for British art of the 1960s.

Then about 10 years or so ago, my friends came round to the house and saw all the contemporary art on the walls, and then started getting interested and then started buying art off me or asking to source similar works. And then you sort of live this hybrid structure between being a collector and a dealer – I’ve got several hundred pieces now and I enjoy it so much and am enthralled by both the work and the process of finding it, that it has become a wholly professional activity.

When we launch our gallery in central London at some point when this dreadful virus leaves us, we’ll present emerging and mid-career artists as well as continuing to be secondary market specialists.

How would you describe the adventure of building your own gallery?

I’ve been buying and collecting for over 20 years and after several years of building up stock, we decided to go public at the beginning of the year. We had our first-ever launch event at the London Art Fair which was terrific! Then the virus hit, and all our plans to exhibit worldwide at various fairs were all cancelled, so what we’ve essentially been doing is concentrating on the online side and building up our website and our presence on other platforms. And I’ve basically decided to accelerate and open up a space in Central London next year

What would you say is the main challenge of opening an Art Gallery in London?

In Britain, I think it’s only a small handful of people who buy art at scale. And I think that’s a great shame! Provincial private-sector art galleries don’t seem to generate sales from their localities – so the task of the British contemporary scene is to broaden that collecting base, and it’s about how to shift the wider culture. And oddly there’s very little public or regional support for emerging British artistic talent and it concentrates of necessity in London in the private galleries around the handful of people who buy art. So it’s clear you need an international dimension if you’re going to survive, luckily London is an international art destination so that helps.

How would you describe the artistic line of your gallery?

I think the art market is very interesting because it overreacts reacts positively and negatively to everything. It’s a bit like the stock market, but I would argue much more speculative.

So for example I really like the process-based painters, both European and American, and they fall in (and now somewhat out) of fashion.

But I think that if you want to both make money (or at least secure your investment) and also curate a meaningful collection, you can’t just be led by fashion. If you are, you will always just buy at the top of the market and, arguably, there is no faster way to lose money in the art world.

What you like, is crucially important, recognising that and then forming a concept around it is key to the quality of a collection and then once that is established you must try to buy what’s most excellent in the field you like.

And then if you buy widely, you’re more likely to hit two or three artists who really, really make it and who are well received. For example, I really like the process-based painters, both European and American who are now out of fashion but their work is so meaningful and has been subject to such silly critiques that recognition of their importance is overdue and will certainly happen.

How do you decide what to collect?/ Advice for collectors?

« You want to buy artists who are clearly on the rise »

I always say to my clients that the way to think of this is deciding on a price that your comfortable paying for an artwork that you think is valuable and wonderful just on the aesthetic level. And that you would enjoy having in your home for 60 years, and then don’t worry if it doesn’t recoup its purchase price as your having that visual joy for all that time. That work will be there visually transforming whatever room you place it in for years to come.

And that’s what you’re buying, you’re buying something that changes your personal environment. Then when things get beyond that level where the amount of money your paying is in effect your investment capital, it’s entirely fair enough to ask additional questions of the piece, will it hold its value, might it gain in price etc.

When buying art, adopting that sort of aesthetic/investment dual approach, where you have confidence in your own judgment, is really what produces the greatest collections.

How would you describe the affiliation between the two tiers of young emerging artists and great masters?

I think it’s a question of excellence. Try to use some of the best work from some of the global masters (Ai Wei Wei, Andy Warhol, and to my mind Bernard Cohen), and also work that you think is underappreciated. Its this dialogue between the cannon and new contributions to it that makes collecting an intellectual as well as a visual enterprise.

Essentially, if your judgment is good and you experience a level of joy seeing a work then you should have the confidence to buy. I think in art, you have hopefully a double return, the aesthetic/ visual element and over time some financial appreciation.

Have you noticed an evolution in the quotation/asking price for pieces acquired from emerging artists?

Money is involved so people have to protect themselves, but also it should be suddenly enjoyable, and enhancing beyond money.

In some ways this isn’t as quite as difficult as one might think, if you blend critical reception and the exquisite qualities of the work itself, you do see what you should buy eg artists who are also clearly on the rise but will hold value, like Nicholas Party.

You also have to enjoy supporting emerging artists who need your patronage, if they’re going to carry on, you know, doing what they do.

I love talking about art! What I like to do is build relationships with my collectors, around the art and the paintings that in the end we both adore.

Do you remember the first artists you were representing?

I was really moved, I think by my first experience with the actual works of abstract expressionism and gestural abstraction. I really like the Alan Davie works from the 50s and 60s, the Cohen Brothers etc

... »And then you start to buy them, collect them live with them. And that’s what flowers in your soul really. »

And now I am just rather enthralled by the process-based work. So this is what you must do, you must curate both privately and publicly.

What is your process for acquiring art?

I buy artworks from artists, dealers, auctions, all over the world, and I try to curate what I think some of the best stuff is, both widely recognized or underappreciated. And that’s what I really want the gallery to focus on, is excellence. Both appreciated and unappreciated.

And you know, and then you start to develop a network of collectors around that artist and people who are interested in it, that’s part of the joy of it.

There’s a lot going on in the world that art doesn’t speak to, that I would like to try to speak to,  the role of art in our social and political life, outside of the ordinary stuff. My background is in philosophy, politics and theology so I would like to bring that aspect to bear on this venture.

How has COVID-19 affected the art market and how has it changed in the last few months?

If you look at the history of recessions, what happens is the blue chips accelerate further away, and the middle and the bottom of the market contract.

If you’ve got really nice Andy Warhol, it becomes the safe haven for investment. Then the middle market might suffer a little. But I think now is a buying opportunity really, to enable you to get those middle-rank artists who you rate, at prices that you wouldn’t have been able to earlier. And I don’t think it’s a time to be buying at the top of the market, because I think that they’re inflated through speculation.

In the future, how do you see the role of the digital in the art market?

One has to be able to operate in an online space, and now lots of people just buy art now from JPEGs (images). I know I do.

But I think that it is quite difficult to do something fully transformative online. I think there’s something around employing all of your senses around an art object that is better than just seeing it on a one-dimensional screen. Physical gallery spaces will need to remain open, although that’s the part of the market that’s been hit the hardest.

At Singulart we want to offer our collectors a gallery experience – how do you see this partnership with Singulart?

« I’m just very grateful! I am happy to be working with an innovative team ».

I’m really I’m looking forward to the curation, meeting new collectors, finding out what they like, and hopefully getting them wonderful artists at a great price.

I’ve sought these works out, literally from all over the world, and I’m trying to present them as worthy of further consideration and I hope people will enjoy and be moved by them. That’s kind of what happened to me.

What are your future projects?

I like to curate new artists who I’ve got my eye on, who I rate, and do exhibitions with them. But I’d like to do more political exhibitions. Nobody’s done anything in the art world on Brexit, for example. Or on the rise of the populism. I also want to look at class in a new way, which in much of the world remains by far the greatest penalty. 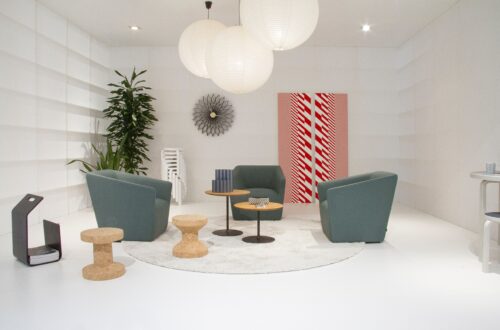 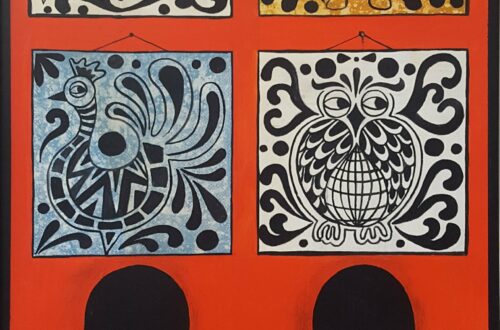 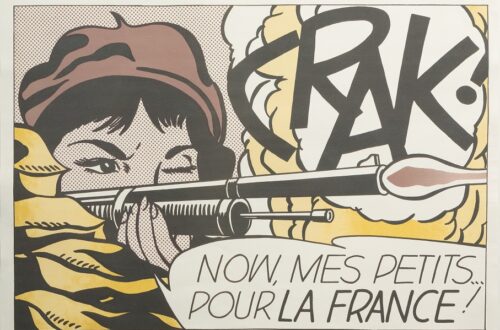 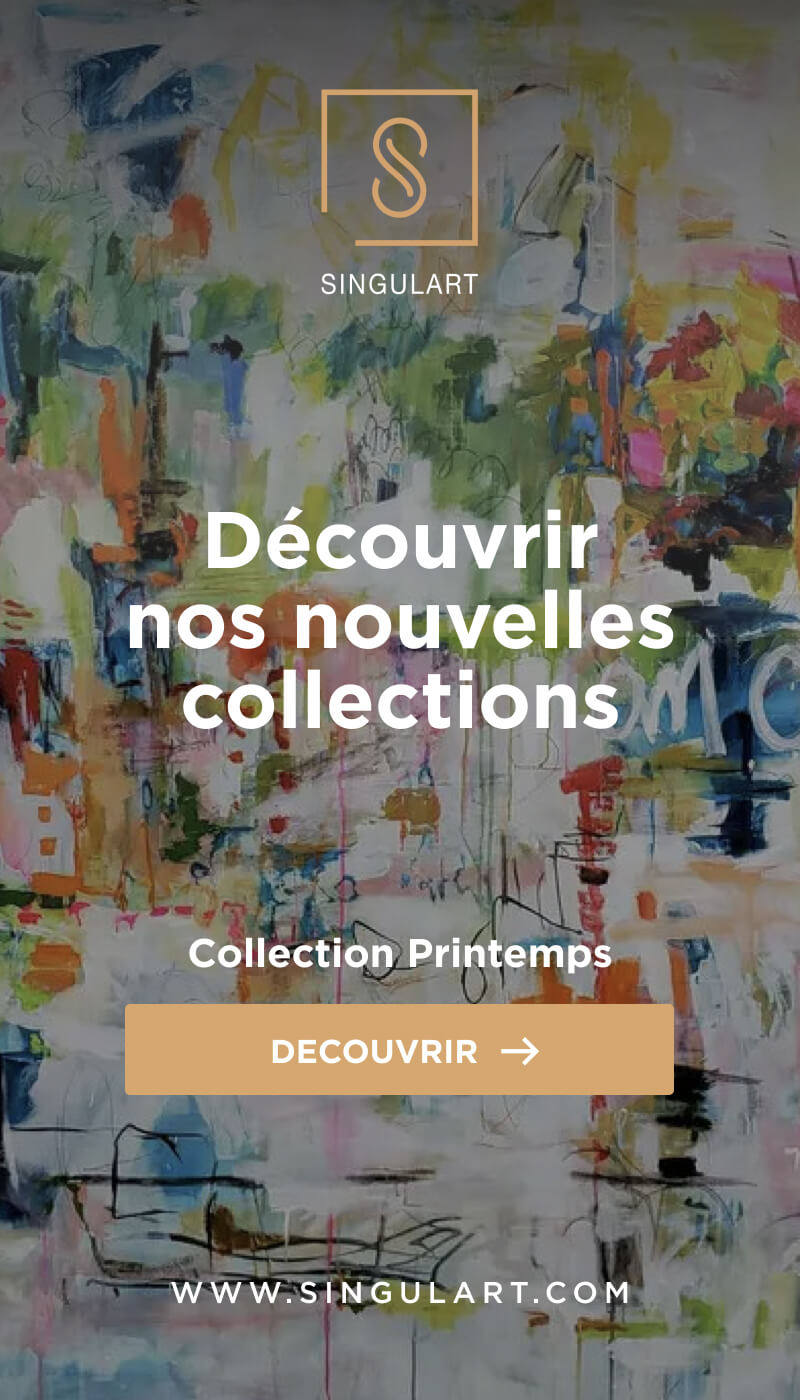