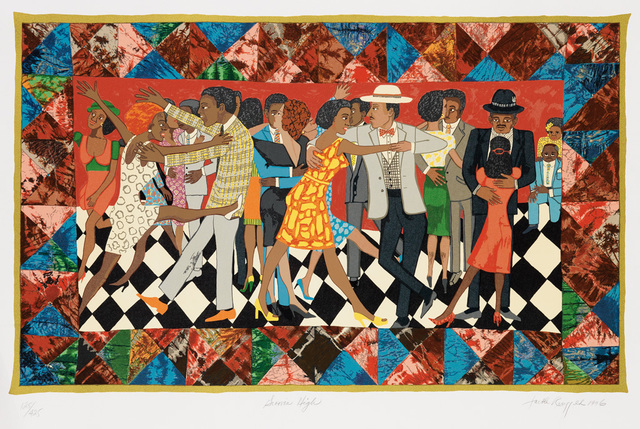 This week, Frieze art fair in London is featuring a series called Woven: a special exhibition that explores “textiles, weaving, and the legacies of colonialism” through the work of eight international textile-based artists. Textiles often are categorized somewhere between art and craft, and this has led to debates on its aesthetic value for centuries. To give you a brief history of the practice, Singulart takes you through the key moments and turning points in textile art history, one of the oldest art forms known to humankind.

As early as humans were wearing clothes and keeping warm, the fabrication of textiles was necessary for survival. We can track technological advancements through the history of textiles, as different parts of the world practiced various techniques in weaving and enhancing materials with dyes and embellishments. In 2009, researchers identified the oldest known indigo dyed cotton textile in Peru, dating back 6,200 years. The sophisticated practice of developing indigo dye has been around for millenniums, and we have the ancient Peruvians to thank for our blue jeans today. The history of textiles is equally linked to a history of international trade, as the Silk Road facilitated the flow of materials from China into India, Africa, and Europe.

Textiles have long served their utilitarian use, but when were they considered a real art form? The Bayeux Tapestry is perhaps our earliest example of textile art and it was made sometime between 1077 and 1092. Though named a tapestry, this work is actually an elaborate piece of embroidery 231 feet long and 20 inches high.  Across eight pieces of linen sewn together, wool yarn is sewn into figurative scenes that tell the story of William the Conqueror and the Norman Conquest of England. We see horses and knights charging forth, men on ships crossing the ocean, and epic battles all in great detail. The first known record of the work is from a 15th century inventory of a cathedral in Bayeux, France. The creators of the Bayeux Tapestry remain a mystery, but researchers believe that it was most likely made by women because embroidery was seen as “women’s work.”

Just as the Bayeux Tapestry tells a story and commemorates an event, other ancient textiles serve similar purposes of entertainment. The Devonshire Hunting Tapestries are Flemish works of art from the 15th century that depict men and women in fancy clothing- garments usually reserved for court- hunting animals in the forest. Hunting represented nobility and class, as did owning a tapestry. These large fabric works were woven by hand on a vertical loom often in the medieval weaving center of Flanders by skilled father and son teams. Seen as symbols of wealth, tapestries provided entertainment when literacy rates were low, in addition to serving a practical purpose of insulating walls. Throughout history, tapestries have also been used as propaganda, such as in the series The Story of Abraham, commissioned by Henry VIII to legitimize his position as the head of the church.

The Industrial Revolution and the Decline of Craftsmanship

It wasn’t until the technological advancements of the Industrial Revolution in the late 18th and early 19th centuries that the status of textiles changed. The inventions of the power loom, cotton gin, and spinning jenny automated the creation of fabric, making textiles mass produced and dropping their prices. Textiles were now available for the rest of society, not just the wealthy. Artists and artisans began experimenting with textile printing and dyeing technologies, exploring new designs and techniques with greater ease. However, the diminished quality of the work in favor of its mass production led to reform movements around craftsmanship in the 19th and 20th centuries.

Despite the advancements of the Industrial Revolution, Indian artisans continued to craft intricate and beautiful textiles by hand. They were often creating textiles for the British market, using their own advanced dyeing technologies that were unparalleled to those of Europe. They were known for a madder dye that created vibrant reds which did not fade. For centuries, India had been producing decorative textiles, weaving their own histories even under the legacy of colonialism and British rule. In the early 20th century, however, the local Indian craftsman were in direct competition with the British market who imported their mass-produced fabrics and ruined the Indian textile economy. In rejection of industrialization, Mahatma Gandhi promoted a crafts revival plan that favored traditional craftsmanship, thus weaving a strong political thread into the history of textile art.

A Divide Between Art and Craft

This association between women and crafting proved useful in the transmission of political messages. In the early 20th century, the Artists’ Suffrage League embroidered banners for the National Union of Women’s Suffrage Societies in the UK to be used in early protests for women’s rights. Women’s exclusion from other artistic mediums left them to reclaim textile arts as a form of empowerment. German artist Anni Albers was banned from learning disciplines like painting or architecture at the Bauhaus in 1922, so she studied weaving because it was the only workshop available to women. Her work eventually led her to be the first textile artist to have a solo exhibition at the Museum of Modern Art in New York in 1949.

A Reclaimed Medium for Storytelling

Thanks to its functionality and power of storytelling, textile work is central to artistic practices of indigenous and oppressed cultures worldwide. Originally created for utilitarian use, the quilts of Gee’s Bend are an example of one of the most important visual and cultural contributions to American art history. In the isolated community of Gee’s Bend, Alabama, African American women can trace their ancestry back before the 19th century through their handmade quilts, influenced by both African and Native American textiles.

In the 1970s, American artist Judy Chicago embroidered tablecloths in her seminal feminist work The Dinner Party: a ceremonial banquet of elaborate place settings commemorating 39 important historical women. This reclamation of the medium aims to empower both the art form and the group it supposedly belongs to.

Today, textile arts have been embraced in the art world, and celebrated for the stories they tell. Whether trying to preserve a tradition or speak about current political issues, artists are using textiles in innovative ways. Nike Davies-Okundaye is a textile designer from Nigeria who uses the medium to revive a dying culture in her home country, teaching workshops to youth and disadvantaged women. Chilean artist Cecilia Vicuña uses textiles in her large scale installations as political resistance; living in exile since the 1970s, her work addresses themes of cultural homogenization and economic disparity. Faith Ringgold is yet another artist activist who actually switched from painting to textiles in an attempt to distance herself from European painting traditions. Her narrative quilts illuminate African American history, portraying both a reality of suffering and a vibrant culture full of life and hope. Discover more contemporary textile artists through Frieze art fair London’s Woven series, premiering this week.

Want to see similar works by Singulart artists? Check out our Textiles and Embroidery Collection. 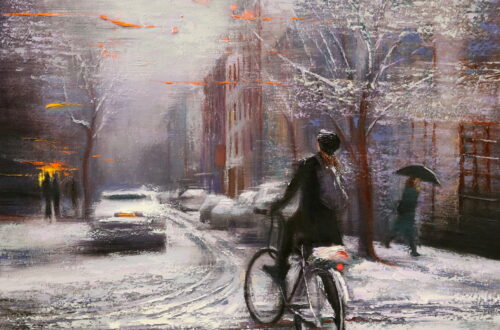 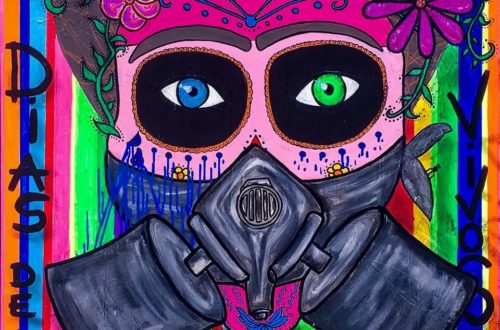 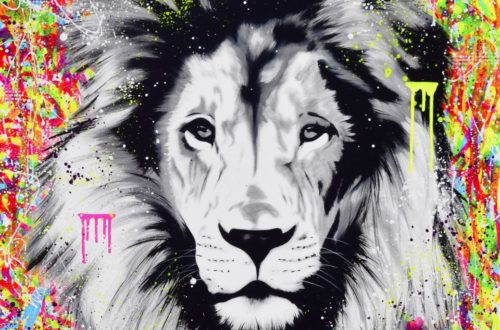 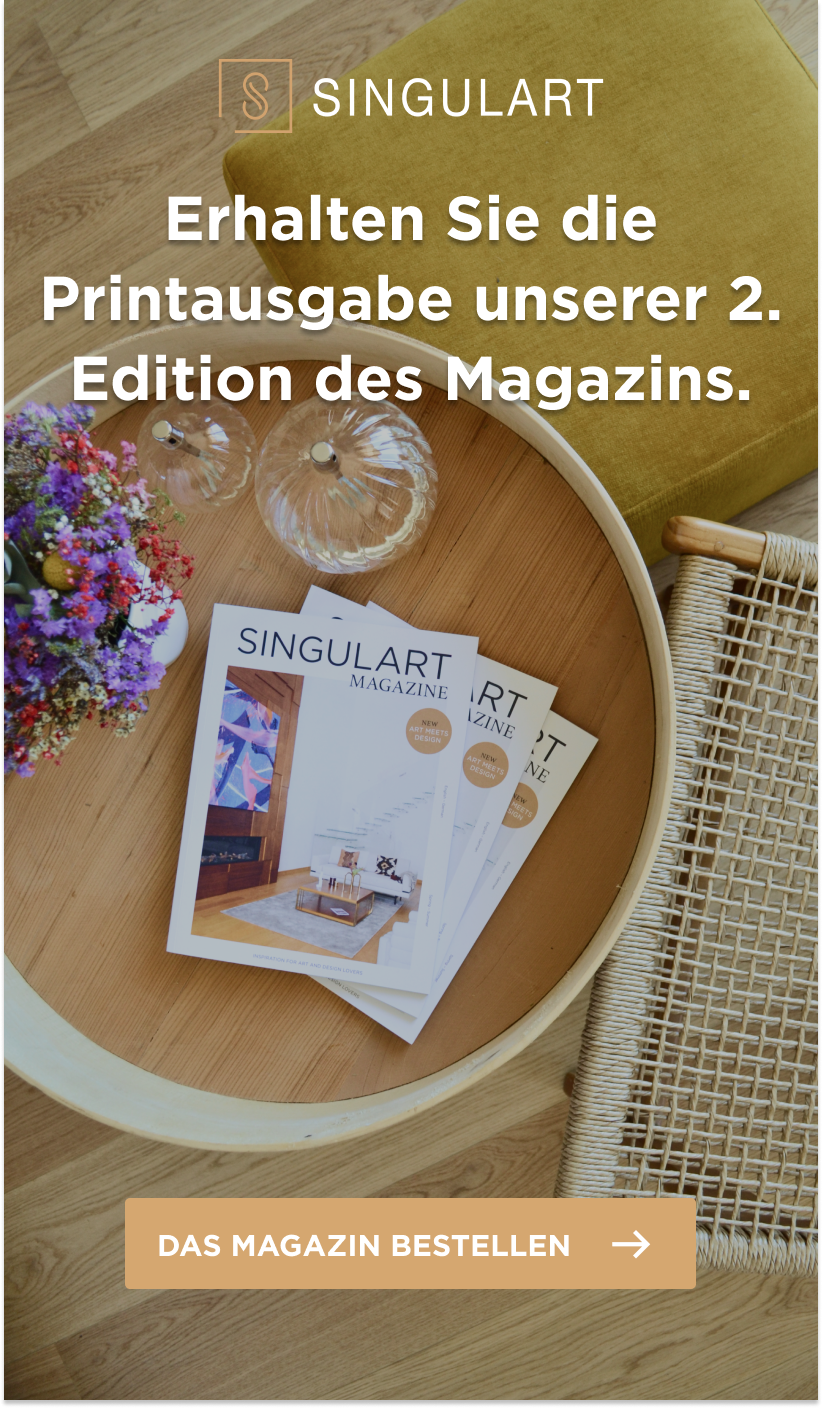