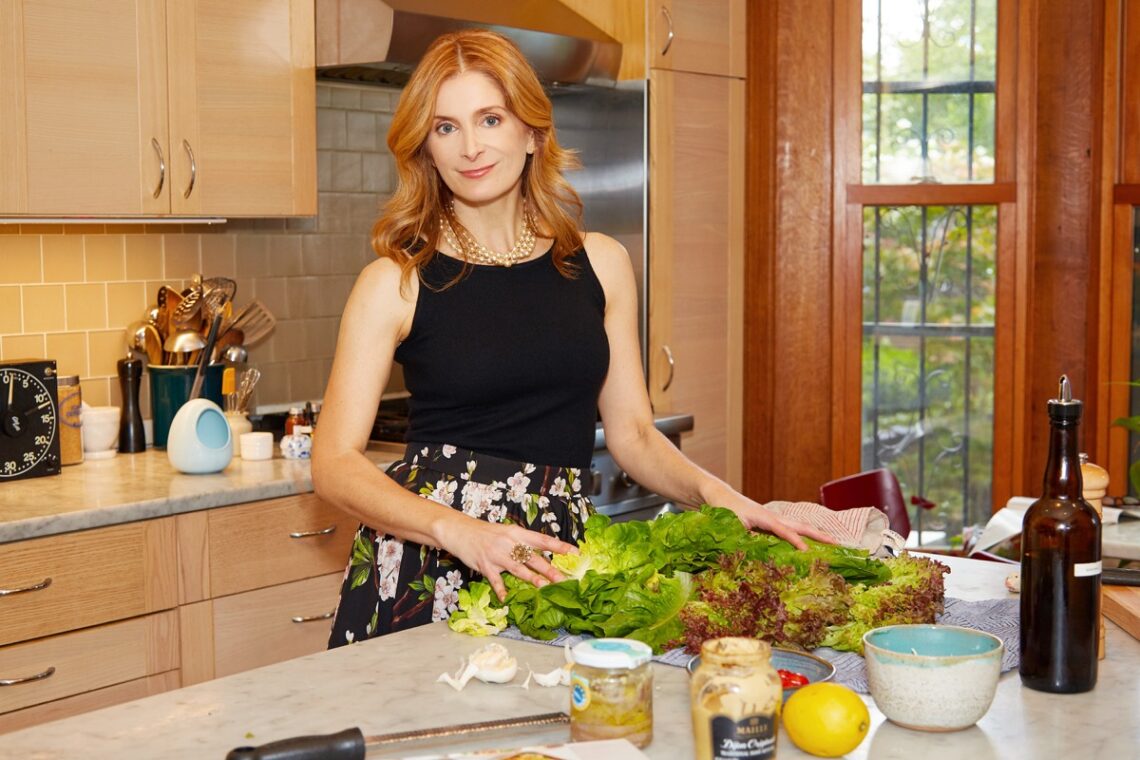 Singulart ventures into the culinary arts in this exclusive interview with American food writer Melissa Clark: Brooklyn native, author of over 40 cookbooks, and columnist for the New York Times. We had the pleasure of speaking with Melissa to discover her journey in the culinary arts, her current cravings, and her take on the similarities between chefs and artists. From childhoods spent in France and developing a love for French cooking, to advice on how to impress all your friends at a dinner party, Melissa Clark shares her expertise in all things gastronomy and her perspective on cooking as an ephemeral art to be shared.

Hello Melissa! Do you have a first memory of falling in love with food and cooking?

It started with my family. We went to France every single summer for as long as I can remember. My parents would take my sister and I to live in different parts of France, and a French family would live in our house in Brooklyn. Often, we went to Provence because my parents loved Provence, but it was also Normandy, Brittany, and I remember one year it was right in the middle near Clermont Ferrand. It was always an adventure for us. This was back in the 1980s before the internet, so we would type out letters on thin air mail stationery and send them to the prospective house exchange people. It was just such another time- my parents were pioneers and it was great for us because we went and we ate!

My parents‘ goal was to eat at every Michelin star restaurant in France, and we would cook a lot. I remember my parents had the Michelin guide and another guide called Gault Millau that they would compare and contrast. We would plan our whole day around lunch. This was the beginning of my love of French food and was also the time when we all cooked together as a family, more than in New York because my parents were working. This was when I really tasted haute cuisine for the first time. There was still the franc back then, so it was cheap and my parents could take us kids to really nice restaurants.

Is there a meal in particular that made you want to work in the culinary arts?

No, it was more gradual- it wasn’t an epiphany moment. But I do remember the first time I tried fois gras, terrine, lobster, and of course, rabbit, because my parents tricked me by telling me it was chicken.

What do you see as the biggest differences between French cuisine and American cuisine?

Now we live in a foodie culture in the States, but that wasn’t the case back when I was growing up. Food was not that important. However, my family was obsessed with food, so in a way we fit in better in France than we did in the States. In France, there were other people also obsessing over every meal and every ingredient. They thought about combining ingredients creatively that you didn’t see in the States. It was not what we were thinking about as a culture, and now that’s changed so much.

What are you currently obsessed with in food?

Right now, I’m having a moment with little baby sardines called Sardinillas. The first time I had them was in Paris last July. We went to a cafe in the 3rd arrondissement right after getting off the plane and had that classic first jet-lagged meal. You’re so tired but so hungry, and everything just tastes extra. They had really good bread and really good Normandy butter. They gave us this little can of baby sardines and it was all so delicious. Usually, I put lemon on my sardines but I didn’t need it because the bread had a sourness, and the butter was sweet and salty. The sardines were so rich and oily but in a good way, and there was black pepper too. It was so simple, but I have been recreating this meal since then. It is not haute cuisine, it is just these essential flavors and textures that all come together. It took me a while to find the baby sardines in the states but I finally found them and they’re fabulous.

Also right now I am obsessed with paprika. At our farmer’s market in New York, we have a farmer who makes his own Paprika. He grows these beautiful Hungarian peppers and then dries and dehydrates them before smoking them very lightly and grinding them. He doesn’t grind them into a powder, but more like a granular rough powder, similar to aleppo pepper. It’s like a flake and it’s sticky, almost like a dried fruit, but it has a heat and a smokey flavor. I’m putting this on everything right now. You find these little ingredients and they can really spark you into wanting to use them everywhere! I’ll get through the jar and then I’ll find something else.

How important is the presentation of food?

When I think about the art of cooking, the most important thing for me is the flavors and combining them in ways that go together. The visual is a lot less important to me. I know it’s incredibly important in the restaurant industry and to chefs, but when I’m creating and doing a recipe, my palette is my palate; instead of color, I’m using flavor. I’m never thinking about how I’m going to present it. When you put something in your mouth, that’s where people can experience the art of it. It’s a very ephemeral art. I do believe cooking is an art and creating a recipe is an art as well. There’s this magic that happens and you can’t tell anyone how to do it; you can try, but there’s a certain alchemy to it and it either happens or it doesn’t. It doesn’t happen for me all the time, but when it all comes together and I know that I’m doing something new or slightly different, then it is successful. I’m always trying new things and my approach is very much based on this experimentation.

There’s this magic that happens and you can’t tell anyone how to do it; you can try, but there’s a certain alchemy to it and it either happens or it doesn’t.

For example, once I experimented in making a pavlova with the intention of creating a pink meringue that would be visually beautiful. It ended up not looking that good, but it tasted so delicious that I didn’t care. I took egg whites to make a meringue and then I added dried raspberry powder, grinding freeze dried raspberries and adding that to the meringue. I’d never seen that before. The flavor is electric; you put this meringue in your mouth and it bursts with raspberry. In cooking, the first step for me is seeking a flavor or an aesthetic outcome, and step two is more of a science. How do I get the food to act like it needs to in order to be something that I want to eat? Science is a big part of it in terms of creating a recipe.

Chefs and artists are alike because they have a specific vision and figure out how to get to that vision. Chefs and artists see something and feel the need to create it and bring it forth- whether it’s a piece of art, music, a sculpture, or a dish.

Let’s say I’m having a dinner party. If I can learn to cook one killer meal to impress my friends, what would it be?

I would say learn your way around one dish that you can customize for the seasons and for the people you’re serving. For example, if you’re meat eaters and you know that chicken is a very safe dinner party dish, there is a killer roast chicken that you can make really simple, and it can just be with garlic and sage, and maybe some rosemary. You can have roasted potatoes in the same oven with duck fat and a big huge green salad on the side. If you wanna take it to the next level, then you can roast the chicken on a sheet pan with caramelized leeks and serve it with a yogurt sauce with dill and arugula and lemon. You now have this bright dish! If you want to really impress, you can put truffles and butter underneath the skin. The key is mastering this one simple thing that you can build upon depending on circumstance and context.

If everyone should have one ingredient in their kitchen, what would it be ?

It’s a toss up between garlic, lemon, and good salt- you can do so much with those things.

Do you have a favorite meal?

Right now I’m obsessed with beans, just a big huge pot of white beans. It could be flageolet—beautiful white beans—just cooked with garlic and olive oil. It almost makes a broth and I love to have it on really good grilled bread. Maybe I’d throw some cabbage in there, but it’s really simple. Get the best beans, the best cabbage, and you cook it until they’re creamy and perfect.

I’m very slowly working my way through Proust and every summer I read one of the volumes, so I just finished Sodom and Gomorrah, volume IV. I followed it up immediately with Sally Rooney, an Irish author, who wrote a book called Conversations with Friends. I read those two back to back and they’re so stylistically different which was great.

Right now, I really enjoy the work of Piero Della Francesca. Also, when we were in Paris, we were really charmed by this one medieval artist Enguerrand Quarton.

Do you have any role models in the culinary arts or in writing?

When I was doing my studies, George Eliot was really important to me. I’m interested in connections and relationships between people, and the way that she was writing as a 19th century novelist about psychology and how people interact has been very relevant to my own practice. I talk about food as connection: you cook because you want to eat, but also because you want to share it with people.

As for the food world, I get inspired every time I go out to eat. Julia Child was my parents‘ muse for sure, but I’m interested in people who have a tradition and are working within that tradition and also outside of it. For example, Apollonia Poilâne is a French baker who took over the family business and is simultaneously working to preserve the bread traditions and change everything. That tension is really interesting to me.

What other types of cuisine have you been enjoying recently ?

I’ve fallen in love with these Tibetan dumplings in Queens. They’re really hard to get to but they’re so good! We also have a moment in New York right now where Korean food is exploding everywhere so it’s easier to find, and I’m enjoying trying a lot of those dishes.

Before we say goodbye, what advice could you give to a young chef just starting out?

The question they should always ask themselves is, what would happen if? Why not try? Experiment, but don’t get so hooked on the new that you lose the deliciousness. 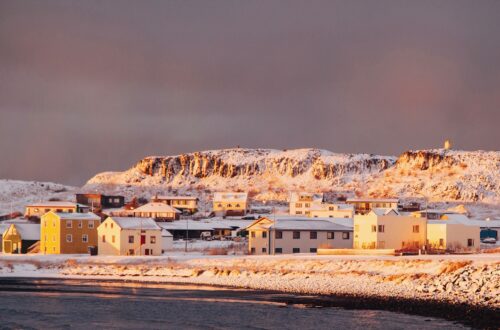 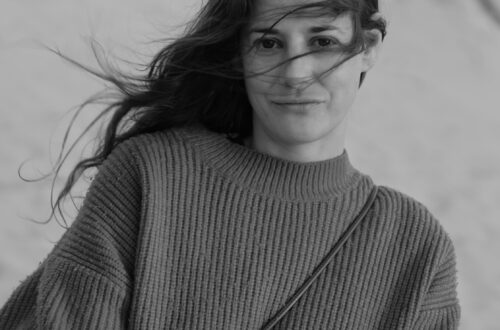 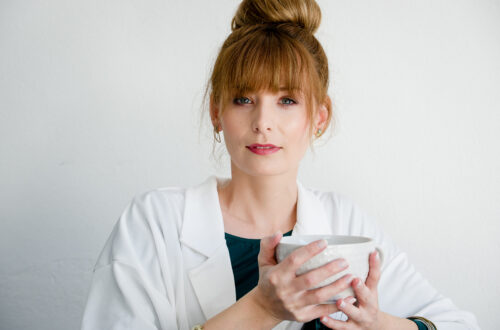 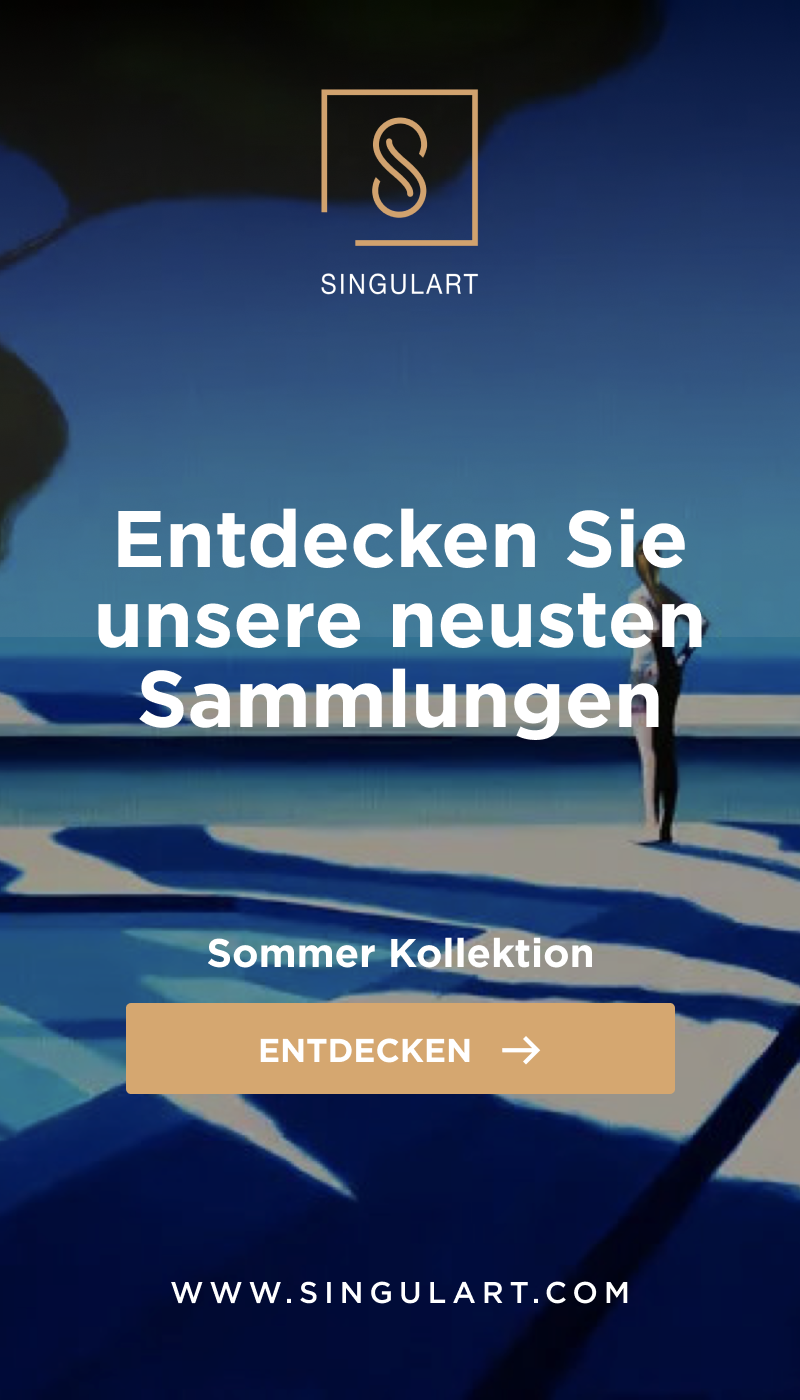