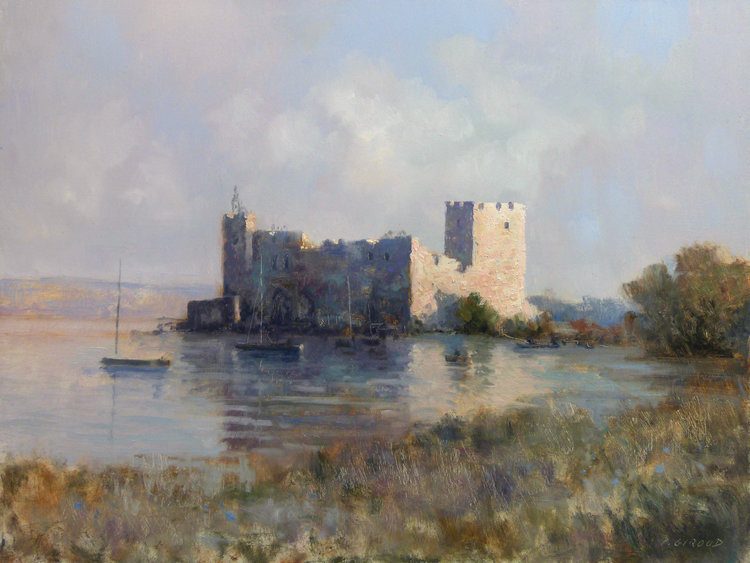 Landscape painting is a highly popular artistic genre present in many cultures and artistic traditions with a long and established history. Landscape painting encompasses a variety of natural scenes including mountains, rivers, valleys, forests, fields, and coasts. This definition was expanded in the 20th century to include urban and industrial landscapes. Landscape painters are inspired by the world around them and, while landscape paintings are principally figurative, there is a growing tradition of abstract landscapes that developed from the middle of the 20th century onward. Generally speaking, artists depict a landscape to capture its beauty, or to make a comment on the relationship between man and the environment.

While some believe that Da Vinci was the originator of the landscape painting, this is a common misconception. The landscape tradition can actually be traced back to China and the 4th century, where Chinese painters sought to capture their impression of the landscape. It became so popular, in fact, that the beginning of the 9th century is referred to as the dawn of the Great Age of Chinese Landscape.

In the Western tradition, appreciation of nature for its own sake was not always popular. Landscapes were typically used as the background for historic paintings or portraits. The landscape painting only emerged as a popular genre in the 17th century. There is some evidence of a landscape tradition in Ancient Greece and Rome, but these paintings often featured other elements. Albrecht Altdorfer’s Landscape with Footbridge, which dates from the early 16th century, is considered the first true landscape in Western art history.

During the Renaissance, landscape painting emerged as a serious artistic genre. From Italy, the genre spread and, with French artists Claude Lorrain and Nicolas Poussin, the landscape began to dominate. Early European landscapes were highly stylised works that imitated the landscapes of ancient Greece and Rome; they were idealized pastoral scenes that came to be known as the ‘classical landscape’. Meanwhile, noteworthy Dutch painters in the 17th century began to develop a more naturalistic style, as can be seen in the landscapes of Aert van der Neer.

In the seventeenth century, the French academy classified the genres of art, placing the landscape as fourth of fifth in order of importance. This ranking demonstrated the relatively low regard society had for the landscape at this time. However, in the eighteenth century, the genre of landscape painting truly came to fruition. It’s booming popularity was the result of two factors: the emergence of the idea that nature was a direct manifestation of God on earth and the rampant industrialization and urbanization of much of Western Europe during the industrial revolution. The revolution had distanced the population from nature, creating a nostalgia-infused desire to celebrate nature in all its glory. Landscape painting was described by John Ruskin as ‘the chief artistic creation of the nineteenth century’ No where was the tradition more popular than in Britain where the industrial revolution found its epicenter. Here, landscape painting was epitomized by two masters of the genre: John Constable and J. M. W. Turner.

Meanwhile in France The Impressionist painters continued this trend and added their own flair to the genre. Artists such as Manet, Monet and Renoir took a deliberately informal approach, blurring the lines between sketches and finished pieces. They sketched the scene directly – en plein air – and abandoned traditional techniques like chiaroscuro and perspective to directly record their own experiences. With popularization across both Britain and France, the traditional hierarchy of genres collapsed and landscape became one of the most popular forms of painting.

Landscape Painting Arrives in the U.S.

In the early 20th century, the Hudson River School continued the landscape tradition in the USA. This collective was instrumental in the development of landscape art in America. Landscape was increasingly challenged over the 20th century with the rise of abstract art. Along with other painting traditions, its very definition was questioned. In the U.S., the genre was expanded to include industrial and urban landscapes. Non-traditional media became increasingly popular, with artists experimenting with new materials to depict landscapes. In the 1960s, land artists such as Richard Long changed the relationship between landscape and art by creating art within the landscape itself. These artists would literally sculpt the land itself or create new structures using natural materials, innovating and changing the representation of landscape in modern art.

Today landscape painting remains incredibly popular, with artists creating landscapes within a variety of styles. Landscape paintings are one of the lost frequently bought genres of art, demonstrating that the landscape genre is here to stay.

Graffiti in America: A Brief History of Modern Graffiti 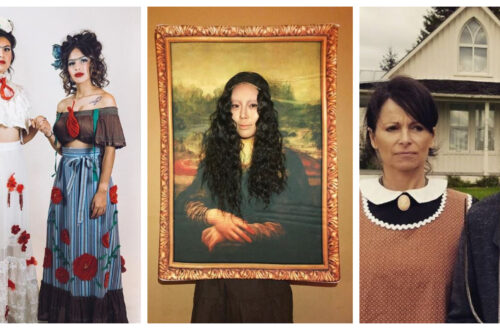 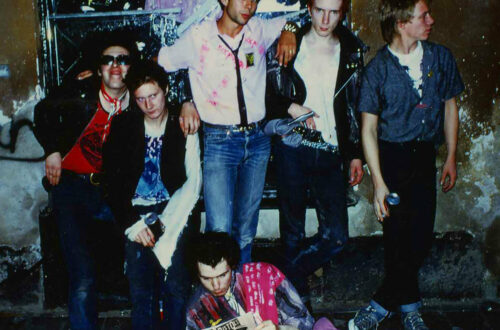