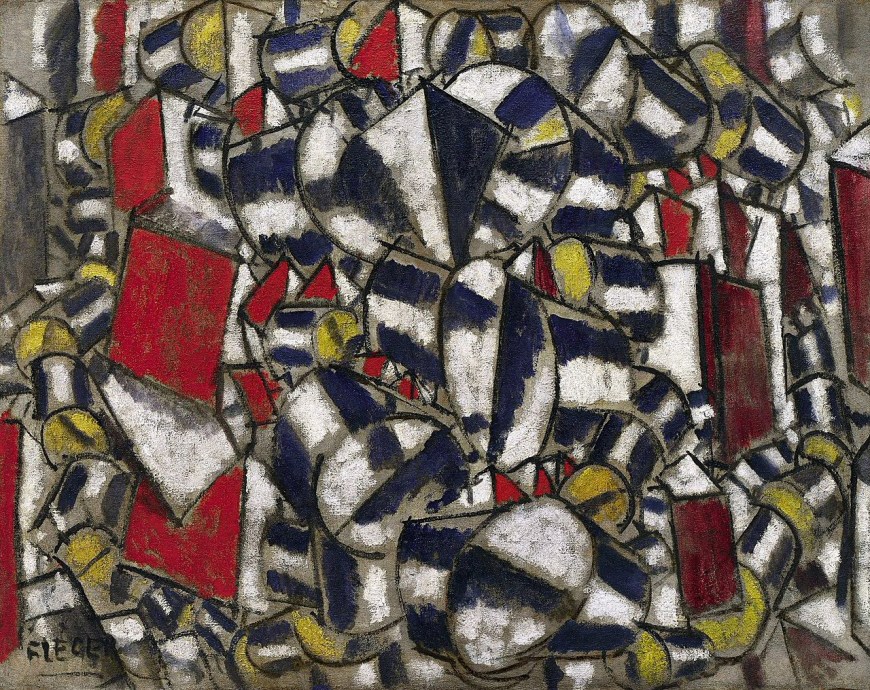 Contrast of Forms represents Léger’s experimentation with the boundaries of abstraction and representation, a problem that preoccupied him throughout his career. Through a juxtaposition of tumbling geometrical shapes, thick lines, primary colors and raw canvas he pushed the boundaries of Cubism into abstraction, in order to best depict modern life. In this article Singulart takes a closer look at Léger’s boundary-breaking series in relation to his oeuvre and to the history of modern art.

Who was Fernand Léger?

In 1910 Léger exhibited alongside the Cubist’s at the Salon d’Automne, although he described his own form of Cubism as “Tubism” as he was more preoccupied with cylindrical forms than flat planes. From this point his works became increasingly abstract as he pushed the boundaries of Cubism into pure abstraction. Léger was mobilized in 1914 and like many artists of his generation, World War One had a profound effect on his subsequent works: they became more mechanical and returned to a more formal subject matter.

Léger’s interest in modernity also led him to develop a passion for film-making and he designed the sets for several films. During WWII he moved to the USA and taught at Yale. Upon his return to France in 1945 he joined the Communist Party and his work became more figurative. Despite oscillating between abstraction and figuration throughout his entire career, Léger’s goal was always to prioritize the object over the subject, which is exemplified in his series Contrast of Forms (1913-14).

Contrast of Forms-What’s Happening in the Painting?

Léger’s Contrast of Forms marks the maturation of his abstract style. This series of around 50 works is essential to Léger’s abandonment of representational concerns towards a focus on composition. It is equally as important to the history of modern art at the beginning of the twentieth century as it was crucial to the development of Cubism and the emergence of abstract art. In this series, Léger painted variations of a logical, geometric language comprising of cylindrical forms, intersecting solids and voids with lines and patches of unmodulated primary color. There is a raw quality to the composition, as the canvas is exposed beneath and between the forms and colors, subsequently placing the focus on the mechanics of representation rather than on a traditional subject represented. Crucial to this exposure is the use of contrast. Léger abandoned any attention to the correct placement of light to create traditional chiaroscuro. Instead he applied seemingly random highlights to create a sense of dissonance and intensity, placing even further distance between his work and representation.

With Contrast of Forms, Léger can be seen to move past all his previous influences into a pioneering realm of his own. Although heavily influenced by Cezanne and the Cubists, he rejected their concern for representational planes claiming they were still too reliant on visual representation. Contrast of Forms was an illustration of his theory that a juxtaposition of color and line, solid and flat planes created the strongest pictorial effect as well as the most apt way to portray modern life. Léger claimed that the advances in painting that he achieved in Contrast of Forms were an affirmation of his faith in modern life and popular culture. To a certain extent, his simplification of form can be seen also as a departure point for Pop Art.

Léger’s concern with a precise rendering of objects as illustrated in Contrast of Forms was merely the departure point for him to thoroughly explore his portrayal of modern life. He continued to apply the principles developed in this series to his later figurative works, treating the human figure as a three-dimensional object rather than an emotional subject. 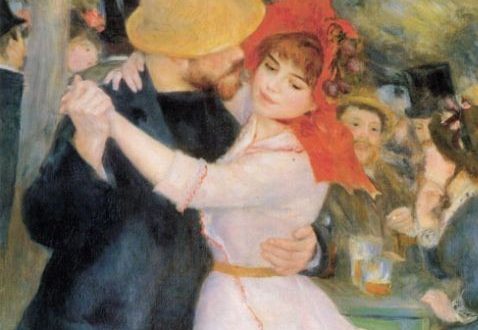 Dance at Bougival and Renoir’s Later Career and Aesthetic 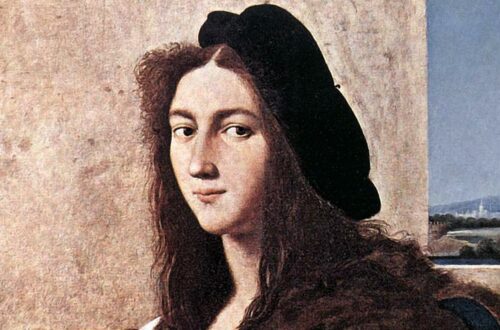