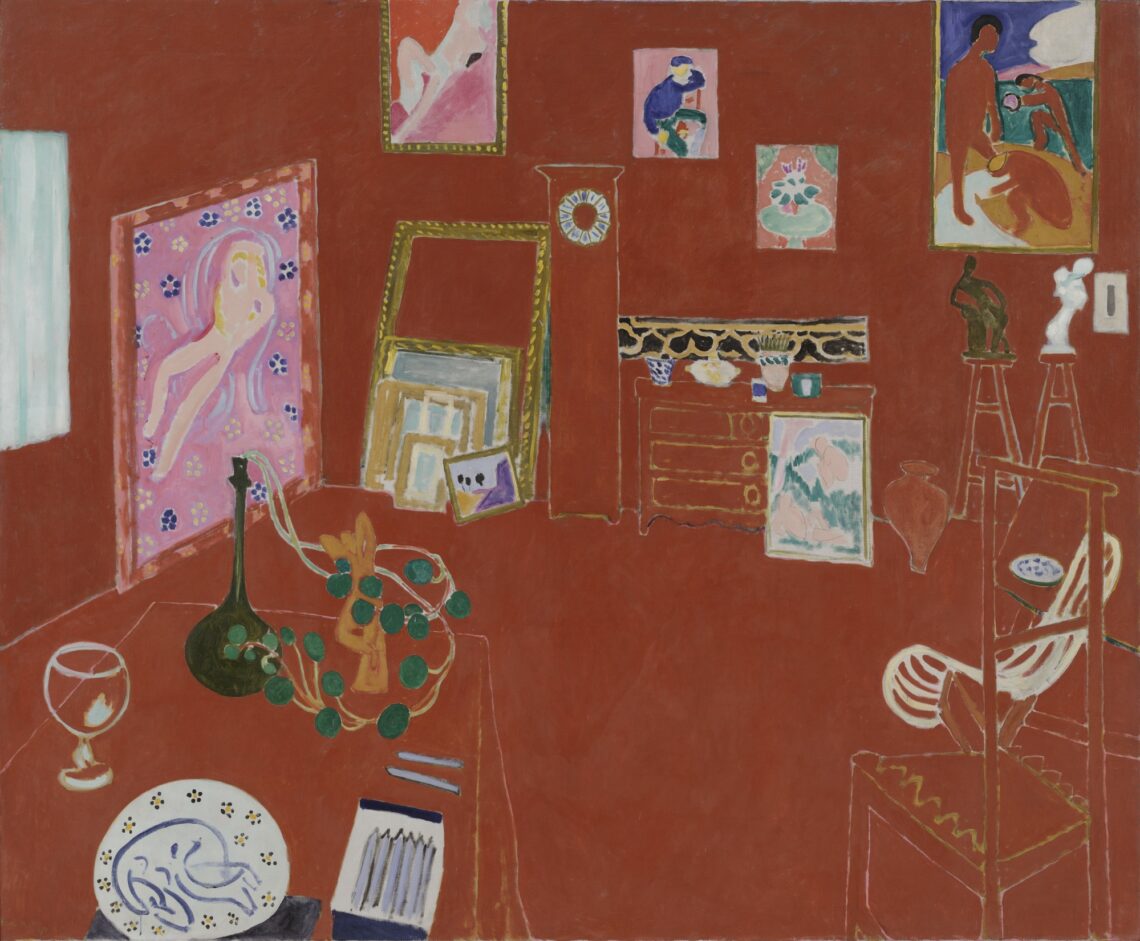 Henri Matisse’s The Red Studio is a still life of the interior of his studio, including reproductions of his works on display. The Red Studio demonstrates the wide variety of influences that shaped Matisse’s unique personal style and is one of his most famous masterpieces. In this article, Singulart takes a closer look at The Red Studio and the influences on Matisse’s style.

Henri Matisse (1869-1954) was a French artist, renowned as a draftsman, printmaker, sculptor and painter. Matisse was born in Northern France and was the oldest son of a wealthy grain merchant. He grew up in Picardie and in 1887 moved to Paris to study law and worked as a court administrator in Le Cateau-Cambresis. He began to paint in 1889 after his mother bought him art supplies to entertain him while he was recovering from appendicitis. Matisse described the experience of painting as “a kind of paradise” and it was then that he decided to become an artist. Matisse studied at the Academie Julian in Paris from 1891 and was a student of Bouguereau and Moreau. His early works were traditional still lifes, influenced by a wide range of artists, from Manet to Chardin. In 1896, Matisse- an unknown student at the time- was introduced to Impressionism and the work of Van Gogh by the Australian painter John Russell, who also taught him about color theory which had a profound effect on the development of Matisse’s style.

Matisse was one of the leaders of the Fauvist movement alongside André Derain. As he developed this neo-impressionist, expressive style, Matisse’s success grew and his reputation spread. In 1905, he traveled to the South to work with Derain in Collioure and his work began to embrace flat shapes, controlled lines and a more fluid brushstroke. In the same year, he exhibited with the Fauves at the Salon d’Automne. The Fauvist movement was controversial and was met with strong reactions. At the Armory Show in Chicago in 1913, Matisse’s painting Nu bleu was burned. Despite dividing opinions at the time, today most of what are considered to be Matisse’s great masterpieces were painted during his Fauvist period.

In 1917, Matisse moved to the French Riviera were his style softened, in line with the Post-War Neoclassical trend. This period of Matisse’s work is characterized by the theme of the oriental odalisque. After surgery for abdominal cancer in 1941, Matisse was left unable to walk or stand which significantly hindered his creative process. He began to create large scale paper cut-out collages with the help of his assistants. His most famous cut-out work was the book Jazz, created in 1947. In 1948, Matisse applied this technique to the design of the Chapelle du Rosaire de Vence. Matisse died of a heart attack in 1954, aged 84.

What is going on in The Red Studio?

The Red Studio is an interior still life that depicts Matisse’s studio that he built in 1909. In oil on a 181 x 219.1 cm canvas, Matisse painted his studio in a vivid shade of red. Thin yellow lines outline a table in the  lower left hand corner, a grandfather clock in the center and other furniture dotted around the room. In pink, green, blue and orange, Matisse represents copies of his paintings to the walls, sculptures and various other objects on the table. This contrast of color, as well as the distorted perspective, creates the illusion of depth and alludes to the creative atmosphere of the space, accurately expressing his personal artistic environment. Despite the dominant shade of red, the composition is harmonious and calm.

Matisse painted The Red Studio just after his Fauvist period and it encompasses many of the influences that informed his personal style, from Impressionism to his travels and studies of other artists. The influence of Impressionism is evident in the openness of the composition and its lack of focal point. The influence of Post Impressionism and specifically Van Gogh is demonstrated by his expressive use of color. Both these elements work to create harmony and balance within the composition. Before painting The Red Studio, Matisse had recently traveled extensively, to Moscow, Seville, Munich and Granada, and his travels also influenced his aesthetic and the development of his decorative motifs, which became more playful and exotic and came to characterize his style later in his career.

Want to discover contemporary works in a similar style? Check out Singulart’s Inspired by Matisse Collection.

Behind the Scenes with Singulart at the Société Générale Art Collection 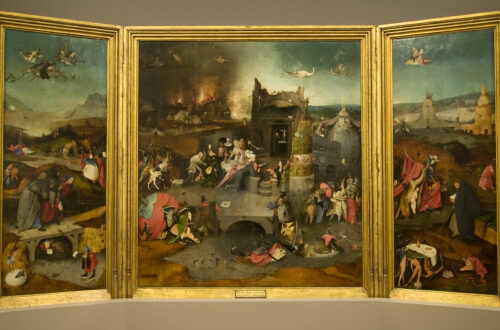 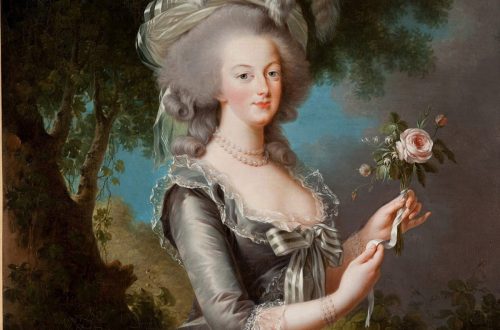