Singulart Magazine > Spotlight on... > Artists > Dance and Movement in Art 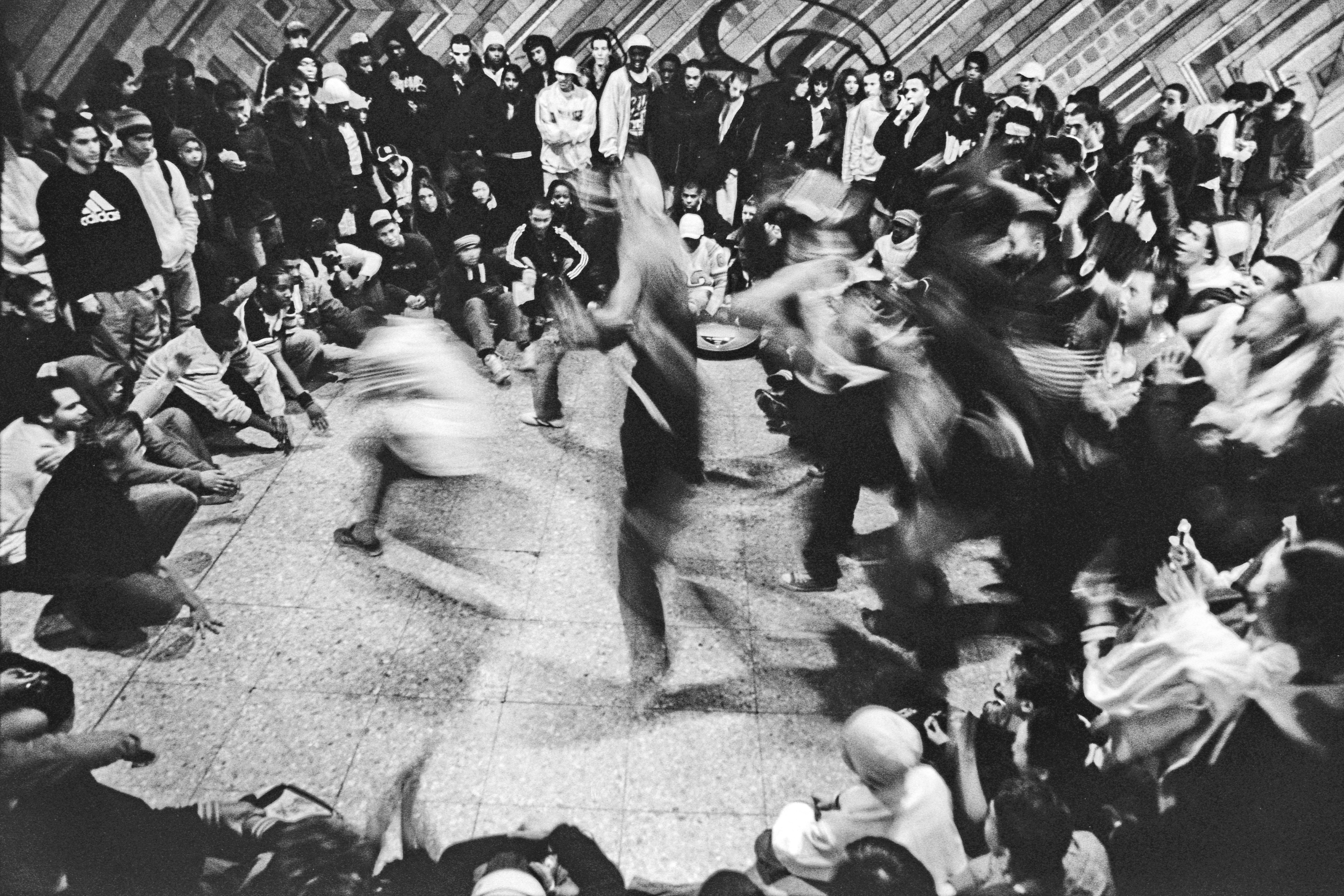 Dance is a non-verbal form of representation and expression. At the center of which is the subjective, aesthetic staging of the body and shaping of movement in space and time.

As a symbol of modern life, the subject of dance has been taken up by numerous artists since the end of the 19th century, with the interest primarily focused on the study of movement. Modern dance formations were not simply depicted, but there is ample evidence that their protagonists entered into active engagement with visual artists. Dance is central to human expression. As such, it is an extremely popular subject of the visual arts.

“To quickly capture something with bold strokes, I practiced this wherever I walked and stood, everywhere – and at home I made larger drawings from my head and thus learned to grasp movement and found new forms in the ecstasy and haste of this work, which , without being true to nature, but giving everything bigger and clearer, was what I saw and wanted to give.“

The German painter and graphic artist Ernst Ludwig Kirchner is one of the most important representatives of Expressionism and a founding member of Die Brücke (The Bridge). Throughout his life, he studied the movements of the body. He found his inspiration on the streets, in the variety of theatres and cabarets of Berlin. It is not surprising that the theme of dance therefore runs like a red thread through his creative work. It shows the importance of dance in pop culture at the time, but for Kirchner, there are also personal motives. His partner Erna Schilling and her younger sister Gerda were both dancers, and the expressive dancers Nina Hard and Gret Palucca also inspired Kirchner in the 1920s to create pictures whose motifs focus on dance, variety and exoticism. He used various techniques (e.g. woodcut and lithography) to visualize dance.

The pastel drawing Tanzpaar from 1914 shows dancers whose poses seem stiff and mechanical. Kirchner reduced bodies to geometrical forms. At the same time, his restless, nervous style creates a contrasting tension between straight lines and extreme dynamics. This is a preliminary study for the painting completed in the same year. Kirchner chooses a composition in which the dancer is presented in an acrobatic posture. Standing upside down in the balancing act, provocatively presented to the viewer, not only the posture but also the vibrancy arouses erotic associations. It was not the exact study of the form of the dancing pose that interested Kirchner, but the suggestion of a movement character.

“The whole body of the dancer is a composition of lines down to the fingertips at every moment without interruption.”

The reduction of bodies to geometric forms, which was recognizable in Ludwig Kirchner’s approach, led Kandinsky to profound scientific debates on the origins of the language of forms. Through the interdisciplinary investigation of original forms, Kandinsky was one of the first to develop an abstract style of painting. In his early years, he painted in the common style of Impressionism, later becoming a pioneer of abstract expressionism.

During his years as a teacher at the Bauhaus in Dessau, Kandinsky developed theories about colours, lines, points and forms. He analyzed various art forms such as music and dance and then reduced each to its simplest form in order to reveal its structures.

In 1926 Kandinsky published two essays on his theory of form, the essays were accompanied by photographs and abstract drawings. Gret Palucca, a pioneer of the new expressive dance, was the model for the abstract drawings.

“The gestures interest me, which go right to the heart of dance.”

Alex Katz developed his highly stylized aesthetic in the 1960s and found his own, unmistakable resolution between formalism and representation. Since that time, the American painter has been continuously inspired by dance, influenced by his long-standing collaboration with the modern dancer and choreographer, Paul Taylor (1930-2018). While working on stage sets and costumes for Taylor’s performances, Katz developed an original work in which he used dancers as models. He explored the immediacy of gestures and movements through the medium of painting.

In June and July 2019 Galerie Thaddaeus Ropac in Paris showed a new series by Alex Katz, which explored dance and movement. His compositions are reduced to the essential and show isolated body parts. The reduced picture detail is contrasted by the enormous size of these works, which allows an increased experience of the dancer’s presence.

Furthermore, the monochrome red background intensifies the luminosity and dynamics of the figures. The overall picture cannot be seen, yet it is recognised that these are movements of the dance. Katz consciously chooses signs of non-verbal communication for this purpose. The movements of the arms, hands and head accompany or replace messages. Through the captured gestures of the dance, fragments are sufficient to visualise the larger picture in front of the inner eye.

Sarah Jil Niklas and the aesthetics of sketching

The German artist Sarah Jil Niklas has accompanied the theme of dance and movement for many years. As a ballet dancer, she gained practical experience, which she visualises in her art today. She not only captures the elegance and expressiveness of the human body on canvas but puts special focus on the element of sketching style. Through the artistic element of the sketched painting, Niklas evokes the greatest possible impression of spontaneity, intensity and immediacy. The suggestive potential of the sketchy representation increases the movement and vitality of the dancers.

In the work L’ANIMA PENSANTE II 04, the expression of the swinging and powerful artistic signature is particularly impressive. Although the observer does not see a dance scene, the reverberation of energy and movement is still noticeable. At the same time, the solidarity of the dance group, which is united by the dance, can be felt.

Dance as a symbol of unity is also implemented in the work L’ANIMA PENSANTE III 03. Sarah Jil Niklas captures in her significant style the expressive pose of a dance ensemble. Many bodies merge into an aesthetic staging of the tree of life. Every single body and movement is full of tension and energy, which seems to discharge in the fingertips. An extraordinary composition, which not only unites the theme of dance, but also cohesion and the cycle of life and death.

Follow Sarah Jil Niklas on Singulart to get the latest updates of her expressive works.

We can experience the power of collective dancing in the works of Carlos Casadesús, a talented artist from Spain. His series Fiesta documents exuberant snapshots of the El Row festival near Barcelona, which took place last year as usual. Today, with a pandemic that has left the whole world breathless, Casadesús’ compositions create an emotional rollercoaster.

The work Carnaval shows a crowd of people dancing together in a convivial, happy and unrestrained manner. The people stand and dance closely together – they become one with the music. Bittersweet feelings of a time that is so close and yet so far away, awaken involuntarily in the viewer.

The picture detail of the work Dance is even more intense in its message. A mass of people moves to invisible music. We see touches, conversations, interactions that seem impossible today. Casadesú’s series Fiesta is a testimony to a light-heartedness that we have all taken for granted. The contemplation of Dance or Carnaval makes us feel melancholic and yearning. At the same time, however, they also contain the message of hope and anticipation that we will dance together again in the future.

Casadesú’s works once again demonstrate the power of art and the extent to which interpretations and emotions are influenced by their immediate time. Here you can discover and follow Casadesús to be always up to date about his new artworks.

Be enchanted by our selection and enjoy the movement in the picture. Since Edgar Degas’ ballet girl, dance has inspired numerous artists. Drawings, graphics and paintings that revolve around the motif of dance can be found in our new collection! 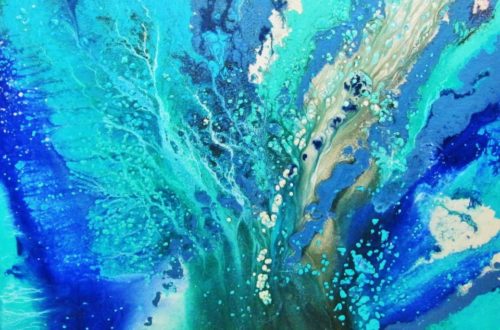 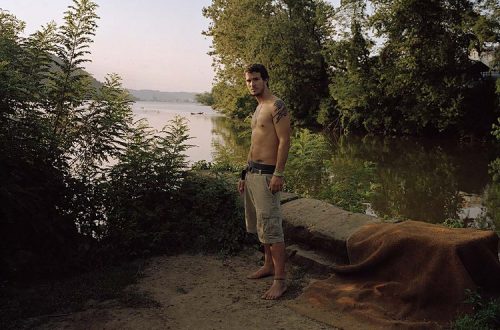