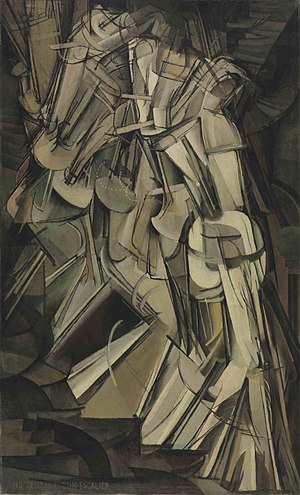 Marcel Duchamp’s Nude Descending a Staircase, No.2 is a Modernist masterpiece that incorporates elements Cubism and Futurism to deal with the subject of depicting movement. In this article, Singulart discusses the intricacies of this masterpiece in the context of Duchamp’s life and work.

What’s happening in Nude Descending a Staircase, No.2?

Nude Descending a Staircase, No.2 is a Modernist masterpiece by Marcel Duchamp that treads the line between Cubism and Futurism. It was rejected from the 1912 Salon des Independants in Paris by the Cubists for being too Futurist and was met with much criticism at the 1913 Armory Show in New York.

Nude Descending a Staircase, No.2 is a painting in oil on a 147 x 89.2cm canvas which depicts a nude figure in movement, supposedly descending a staircase. The figure is fragmented and made up of abstract, geometrical parts, which fuse together to depict the stages of movement. In the background, we see the staircase depicted in darker colors. At the bottom of the composition, Duchamp indicated the title in french: “Nu descendant un escalier”.

The color scheme is dominated by tones of brown and beige, placing the focus on the movement depicted in the composition. This sense of movement is achieved by superimposing images, inspired by stroboscopic motion photography and the work of photographers studying movement in the late 19th century, such as Eadweard Muybridge.

Depicting movement was a key preoccupation for many artists in the early 20th century, particularly the Cubists and the Futurists. Duchamp’s attempt in Nude Descending a Staircase, No.2 caused quite the stir, in part due to the original subject matter of a nude descending a staircase which combined the provocative subjects of nudity and movement. Another reason was also Duchamp’s suggestion of depicting movement that transcends the purely physical to include the emotional and social. He often worked with the theme of passages of time, with the transition of virgin to bride appearing in many of his works. Consequently, Nude Descending a Staircase, No.2 is one of Duchamp’s most remarkable and renowned paintings.

The Art of Commission 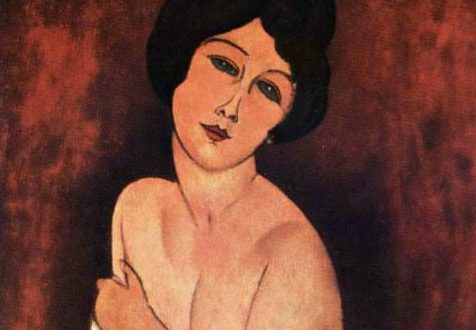