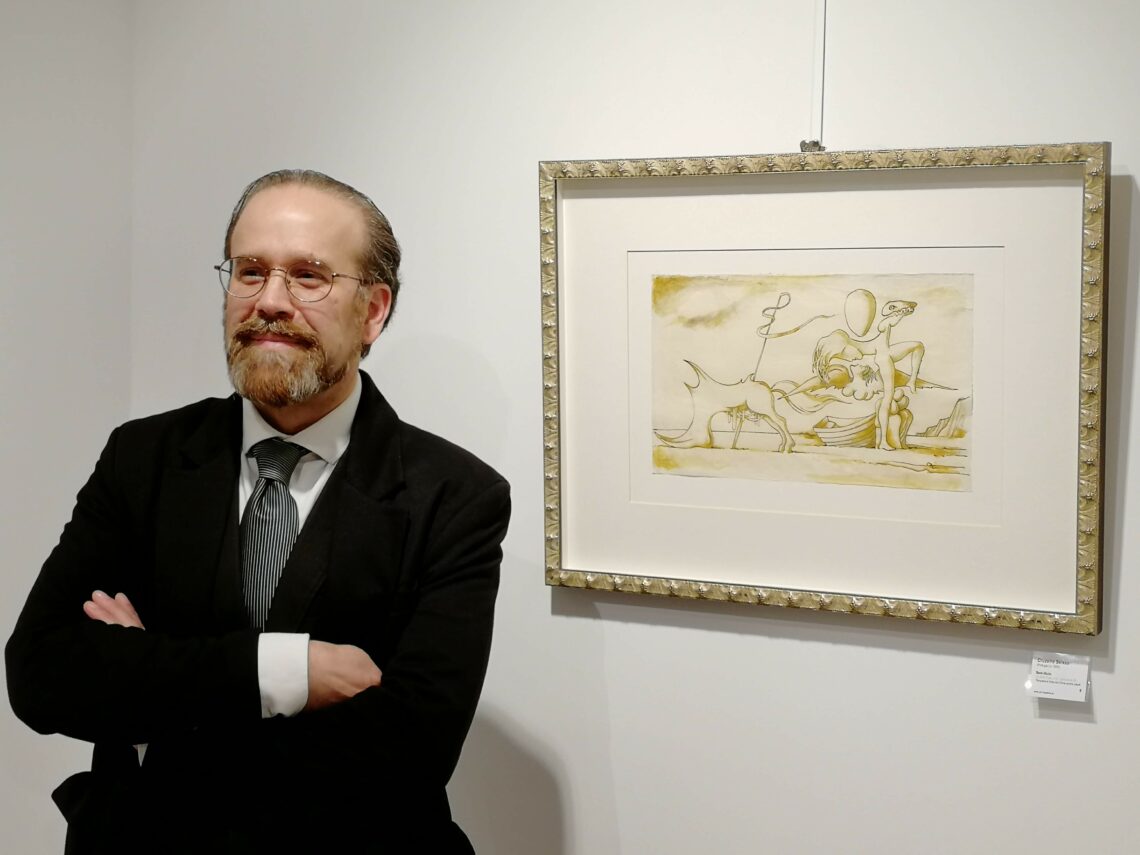 We had the pleasure to interview Carlos Cabral Nunes, co-founder and curator of Perve Galeria. The partnership sale will take place between the 11th February and the 28th February 2021.

Where does your interest in art come from, and what is your background?

At the age of 15, my friends and I created a group for cultural intervention that involved theatre, poetry, performance, painting, philosophy, among others. When I turned 18, I started a record label. I then worked for Sony Music, Movie Play and stayed in the music field up until the ’90s.

Overall, my career has always been linked to the arts, partly due to the influence of great authors with whom I established a connection of friendship and brotherhood (Artur Bual, Jayme Reis, Ivan Villalobos, Cruzeiro Seixas, Mário Cesariny and Pancho Guedes are some examples).

Perve is a gallery but implies two institutions. Firstly, a non-profit association was founded to make the artistic direction of the project. Only later appeared the company Perve Global.

The association was born from a need. In 1999 I visited Africa, together with my business partner, and we realised that there were many artists with very interesting artistic practices who were, however, unknown and undervalued. The same applied in Portugal.

Through these projects, demand for artworks had increased, so we created Perve Galeria to deal with the commercial component of the projects and to allow the association to have financial autonomy.

What is the biggest challenge you find in your work and what it represents?

I have never projected myself as a gallerist and confess that I even had a certain aversion to it. But, since I have put myself in this role, I try to do it as well as I can and contradict my own vision of it. The space given to artists is often marginalised and secondary. Therefore, we want to work with artists in an interactive concept involving art and multimedia.

In Portugal, we confront paradigms, full of intertwined relationships and dependencies, which becomes essential to the system. We are a small country but have a remarkable group of artists. It is interesting to realize that the result is in the reason itself: to have authorial independence they have to be extraordinary, a phenomenon. In sport [Cristiano] Ronaldo is an example of this. Within the arts, we also have some cases, such as Joana Vasconcelos.

The biggest challenge is to jump the border. We do our best according to our limitations. Ideally, the institutions with more capabilities would do it, but they don’t have the agility required to make fast decisions as we do.

There are many surrealist artists in the partner sale. How would you describe the artistic line of your gallery?

Within the framework of global art, a multidimensional concept, we have created various projects as an association. The artworks that are exhibited at Perve Galeria end up going alongside other projects.

For the first exhibition, we had a program. As the architect Pancho Guedes says, the “program is the pretext” for then doing something. Since the beginning, we work to avoid creating niches. The whole project ends up touching many areas, we have new and old, with more or less experience, from different countries, men and women – without ever trying to highlight one over another. I try to put into dialogue what I find interesting, in an intuitive way.

Could you describe your curatorial process?

To work with any artist, you have to know his work in an anthological way. During the process of in-depth research, we often realise that what we already know is part of a reductive vocabulary. There are works which are part of the same vocabulary and which give much more meaning to the work and also to the author in question. Often these are the works we look for.

We have hundreds of works in the collection, all of them were chosen, that is, there was a thought about that specific artwork. The selection for the exhibitions is again in line with the association’s projects.

Who was the first artist that you sold, and what is the one with most meaning?

A work by Cargaleiro, who is not even an author that we have exposed much, was part of the first exhibition we held. His name was already known by that time and he ended up being our first sale.

Something that makes me happy is that I personally met Ernesto Shikhani in Mozambique (2003), who was in the shadow of a very important artist, Malangatana – key artist in the eye of the regime. As a result of his willingness to collaborate with us and our persistence, we were able to give expression to his work. It is an honour to see his art exposed today in Serralves, Culturgest, Centre Pompidou and many other places.

What is the relationship that you find between emerging artists and the masters you represent?

When we work with an artist, we do it closely. I’m very interested in creating a connection between everyone, we like to create that space. For example, we challenged Cruzeiro Seixas to be part of a project stimulated by us that resulted in a collaborative work with a Chinese artist who was only 10 years old at the time. We want to be, precisely, a link between artists, admirors, collectors and other galleries.

How do you acquire art for the Perve collection?

There are several ways in which we get to things. Sometimes people bring proposals to us, other times we look for them. There is a lot of research and curiosity. People also arrive with a picture under their arm, but it doesn’t always fit in with the purpose of our work.

Did you notice any evolution in quotation for pieces of emerging artists?

Usually when a collector buys an artwork, they do so because they like it and not because it will be worth more. I advise the collectors according to what has more conditions to satisfy them for the longest period of time. Of course, we always try to provide the best for authors and clients by increasing their value. We have been able to do so, notably with the artists featured in the partner sale: Ernesto Shikhani, Teresa Balté and Reinata.

My mission is also to preserve the investment from a financial point of view. Meaning, to give a return on this action.

How has the COVID-19 pandemic affected the art market and what did it change for you?

If we put aside the major factor, which is the tragedy that COVID-19 brings, we can see an overall positive effect. It awoke many people and demanded action, information, standing for a position and opinion.

The pandemic is an opportunity for things to develop, to a certain extent. Before, we were participating in many international fairs (around once a month). In that hustle and bustle, a kind of senseless race took all our time and energy. It helps us in that sense: we remodelled the gallery, restructured projects and sent applications for financing that will allow us to do extraordinary things.

We can’t complain regarding the commercial point of view because it’s not ideal, but it has never been. The project as a whole is still viable and we have to see how it evolves.

How do you see the role of digital in the art market?

The presence of digital in the art market can be very interesting. In the past, I developed projects related to digital, multimedia and interactivity – which earned us several awards. When it comes to art, we often make 3D galleries, participate in virtual [art] fairs, etc.

As for selling art online, I think it suffered from the pandemic. Many are trying to find the successful model, but in my opinion, we haven’t yet seen a winning project. Moreover, I still believe that the outcome of online art platforms remains very much linked to personal networking.

How do you see this partnership with Singulart?

Specifically, in this case, we accepted your proposal as an association and not so much as a gallery. The simple fact that it shows a good chance of positive results and is presented to us with such enthusiasm, makes us want to participate in the experience. This is part of our associative spirit.

What are the future projects?

We always have several projects underway. However, we would like to launch a crowdfunding campaign to create an artist residence in Lisbon, with 12 studios. In addition, we have projects waiting for approval in the programme Procultura with Mozambique and Cape Verde. A film and art project with Greek and Croatian organisations and finally, I would also like to plan a film about Isabel Meyrelles.

Discover the artworks of grandmasters on Singulart 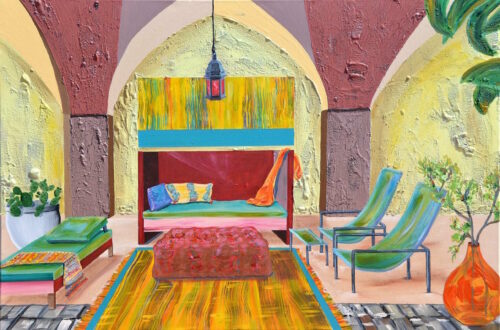 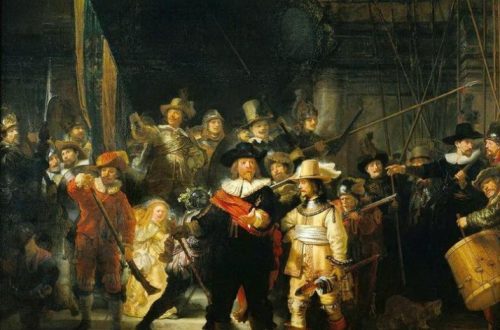 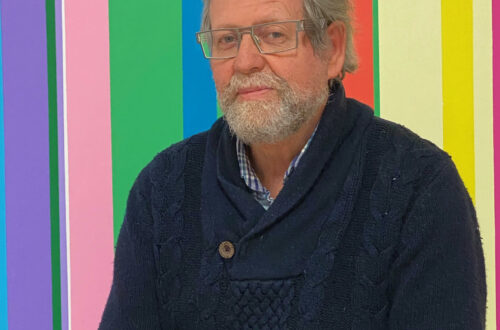